Man the Lifeboats–It’s Every Republican for Themselves!

Man the Lifeboats–It’s Every Republican for Themselves! August 3, 2016 Stephanie Savage

Recently, there’s been a spate of articles about Republicans who reluctantly hitched a ride on the Trump garbage barge and are already looking for the life rafts. They cravenly jumped on board, hoping that Trump would begin keeping his ship on an even keel. Instead, he keeps steering straight for the icebergs

Trump has continued with his vindictive vendettas, refusing to let sleeping controversies lie…even when they keep biting him in the ass. Please, please, please, you can hear Republicans begging the Donald, don’t attack the grieving parents of a Muslim soldier who died heroically protecting his troops.

Khizr Khan’s speech to the Democratic Convention was already the most powerful speech in a convention chock full of them. He had no speech writers or even a prepared speech. He spoke from the heart and it showed.

Trump went nuclear and attacked Ghazala Khan, as well, claiming that she had been forbidden to speak. She responded with a moving and pointed op-ed.

Because without saying a thing, all the world, all America, felt my pain. I am a Gold Star mother. Whoever saw me felt me in their heart.

Ghazala can’t even look at a picture of her son Humayun without breaking down. That’s why she didn’t speak. But the aspiring Asshole-in-Chief still hadn’t let it go as of Tuesday, proving that he has no heart.

We’re starting to see a trickle of Republicans jumping overboard and swimming over to the USS Hillary Clinton. These aren’t Republicans simply abstaining from voting for a presidential candidate, but actually saying I’m with her.

I doubt Trump is shedding a tear over Meg Whitman or Richard Hanna, but how many other Republicans are searching for their water wings? Paul Ryan and John McCain may be trapped onboard for the time being, since Trump’s refusal to endorse them in their campaigns would make them look like the were the ones retaliating against Trump, instead of the other way around. But it’s not a good sign when even his own running mate is beginning to distance himself by endorsing Paul Ryan.

Others fear the wrath of Trump’s raving supporters. And they certainly can’t allow themselves to look like they’ve been cowed by the demonized President Obama, who beseeched Republicans to repudiate Donald Trump.

On the bright side, the longer they wait to jump ship, the better the chances that there may be a major down-ballot turnover come November. Maybe then our ship of state will finally be righted. 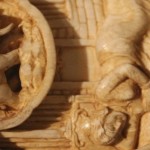 August 1, 2016
They Made Their Bed but Let Them Regret It
Next Post 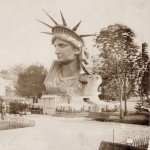 August 9, 2016 Dismembering Lady Liberty
Recent Comments
0 | Leave a Comment
Browse Our Archives
get the latest from
Nonreligious
Sign up for our newsletter
POPULAR AT PATHEOS Nonreligious
1