The Godless Meets the God-Fearing

The next series of posts will remedy that oversight.

Okay, so you know that I was in a deep coma for six weeks and I was very nearly most sincerely dead. And you know that my doctors had written me off as a hopeless vegetable, as I wrote about in my Coma Day series. Here’s the first post, with links to the rest: Celebrating Another Year of Consciousness.

You even know that theist claim I experienced an actual miracle. My upcoming Free Inquiry essay is about the nursing home priest who has the distinction of being the very first person to call my recovery as a miracle. But I haven’t really talked about all the believer friends who also chimed in with proclamations of an authentic Miracle of God™.

At the time, I was an active member of a popular mountain dulcimer website called Friends of the Mountain Dulcimer. It was a true community of friends…at least at the time. I can’t say now. I’ll get to the reasons in the second installment of this two-part post.

The mountain dulcimer is also called the Appalachian dulcimer. As you can guess from that name, it’s an instrument that originated in the Deep South. Many of its players live in deeply red states and are fundagelicals, though there’s a sizable contingent who come to the instrument from the liberal folk scene. You can guess which one Keith and I come from.

At least then, FOTMD was a very chatty site where people joked back and forth about a wide range of non-dulcimer-related subjects. When my dermatomyositis was diagnosed, I wrote a blog post about it. Naturally, I was inundated with sympathetic comments. And many unsolicited prayers.

I wanted the other members to like me. And I’ve had enough experience with anti-atheist bias that I only laid hints about my beliefs, even though the woman who founded FOTMD–who goes by the name Strumelia–has stated flatly on the site that she herself is an atheist.

Okay, I admit it; I was chickenshit. Instead of saying that I was an atheist, I referred to myself as a skeptic or a “secular Jew.” (Though many atheists and Jews say I can’t claim the second part.)

After I fell into the coma, Keith had the unenviable task of telling my FOTMD friends that I was very sick and my prognosis was grim. He was drowned with sympathetic comments and tons of prayers, even though he pointedly only asked them to keep me in their thoughts. (He later mentioned that I was a nonbeliever.)

These were the friends I referred to in my last post that Keith needed to tell the good news to after my awakening. Here’s what he had to say.

She is awake! Really awake. It happened today. She understands everything and nods yes or no to any question. She remembers FOTMD and her cats and our trip and friends and family and really everything. This is really really really good. She still can’t really move much, but there is some movement in her hands, arms, and legs, so I am hopeful that it is just a matter of time.

This is the last status post I am going to make for Geekling — the next update may take some time but it will be from her. Thanks to all her friends for the support. She knows you guys are pulling for her and it really helps.

That was true–every bit of it. I soon began posting in that thread, pecking awkwardly on a Kindle Fire Keith had purchased for me. I can’t tell you how much their support meant to me, as I underwent the trials of physical therapy and excruciating spasms.

I could barely hold the stylus at first. But I couldn’t wait to check for new posts when I was wheeled back into my room from the physical therapy “gym.” Eventually, a close FOTMD friend started another thread called, “Greetings for Geekling,” which grew into a monster thread.

Somewhere in this process, my feelings softened toward fundagelicals and other Christians. Don’t panic!–I mean only to a certain extent. I still think many evangelicals are deluded zealots. But having been raised without religion–and not even from a Christian background–believers of any stripe, especially fundamentalists, might as well have been green-skinned, bug-eyed monsters to me.

Yet some of those religious BEMs showed me tremendous kindness during the most difficult time in my life and Keith during his. (I was happily coma-dreaming while in my vegetative state.) I will be forever grateful to them for their support.

Even though my recovery eventually led to my banishment from this community of friends. 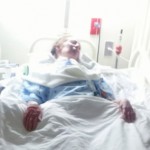 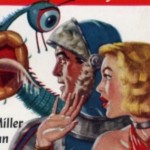 August 31, 2016 My Friendly Neighborhood Bug-Eyed Evangelicals
Recent Comments
0 | Leave a Comment
"The blog was absolutely fantastic! Lot of great information about how Music Therapy get you ..."
Monics Mery Music Therapy: Revealing Awareness and Awakening ..."
"Nixon didn't have the charisma that Trump does. So long as Republicans fear Trump's supporters, ..."
Nemo President Trump: Mimicking Nixon in More ..."
"does feal like that is the main diference between them, can anyone name any other ..."
noah johnson Lex Luthor is fiction, Donald Trump ..."
"Someone told me the internet in general has made people lose their compassion for other ..."
Brianna LaPoint Trolls: Warping the Internet into a ..."
Browse Our Archives
get the latest from
Nonreligious
Sign up for our newsletter
POPULAR AT PATHEOS Nonreligious
1