They Made Their Bed but Let Them Regret It

They Made Their Bed but Let Them Regret It August 1, 2016 Stephanie Savage

A number of things I had written in my mental draft of my last post as I ate my breakfast were left at the table. That’s because I have a major case of ADHD. I should keep something by the table to jot down notes, since I often begin working out my posts as I eat and imbibe life-giving caffeine. But lack of planning is another notorious symptom of ADHD.

At any rate, though I’ve written about this before, I meant to point out that the GOP has a decadeslong history of stirring up and exploiting racial animosity. Some commenters on Sympathy for the Devil, er, Republicans have rightly pointed out that the GOP made their bed; now they have to lie in it. Very true, and as I said, I’ve made that point before, as well.

I’m going to leave out the countless instances of race-baiting before the modern Republican Party was reshaped by Ronald Reagan, though Donald Trump is modeling his campaign on that of champion dog-whistler Richard Nixon’s in 1968.

But where were David Brooks and George Will–the two examples I gave of Republicans partially of completely repudiating their party–when Reagan was attacking welfare queens and George H.W. Bush splashed pictures of Willie Horton across campaign ads?

Nostalgia rarely generates an accurate view of the past. It’s hard to see clearly through gauze. Indeed, the 50s were far from a golden age for African-Americans and other people of color, women,or the LGBT community. And the popular view of Rockefeller Republicans is undeniably distorted, as well. Still, you can’t deny that the Republican Party has drifted so far to the right that it has run off the rails.

I used to think that Barry Goldwater’s views moderated as he grew older. But I’ve come to realize that his increasingly cantankerous view about the GOP had nothing to do with him. He didn’t change, the party did. Yes, Goldwater jumpstarted those changes, but he never argued for the causes of the Religious Right that he so vociferously opposed during the era of the Moral Majority. And believe it or not, I’ve seen news footage of Goldwater arguing for the needs of the poor.

I won’t defend the GOP as a whole, but I think it’s important not to condemn people in the painful process of coming to grips with the noxious changes wrought by policies dating at least as far back as the Southern Strategy. They may have held their noses at the accumulating trash pile that the Republican Party has become, or looked the other way. But now that it’s a full-blown dumpster fire, it may be too late to put out. Still, we should spare them a bit of pity as they watch their party burn.

As I’ve stated, democracy requires a healthy opposition party. The operative word is healthy. And the Republican party will need those people who are now thinking, what have we done? Some of the rank and file who feel that way are making their way to the Democratic Party. But others will eventually pull together the remaining pieces of the GOP. Either that or an entirely new party will rise from it ashes.

Demographics show that if the Republican Party doesn’t eventually moderate their stance on immigration reform and LGBT rights, they will wither into a permanent minority party. And those anguished Republicans coming to grips with what the party’s strategies have wrought will likely be the ones to do that.

I’m a Democrat, so of course I want my party to win the presidential election. As an American, I don’t want an unstable racist, demagogic asshole running the country that I love. And as a democrat–small d–I want our system of representative government to maintain a robust marketplace of ideas…even if I disagree with them. That’s what democracy is all about.

It hasn’t been that way for some time, but it’s increasingly looking like the November election will a donnybrook for the GOP. And after the fall, those who dove out of the ship before it began to sink will be the one to rebuild it.

Maybe we shouldn’t be pushing them off their life rafts. 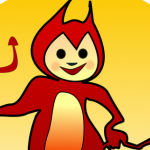 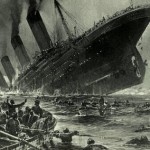 August 3, 2016 Man the Lifeboats--It's Every Republican for Themselves!
Recent Comments
0 | Leave a Comment
Browse Our Archives
get the latest from
Nonreligious
Sign up for our newsletter
POPULAR AT PATHEOS Nonreligious
1