Case Studies in Overconfidence: Hillary Clinton and Me

I was not the only person whose overconfidence in her physical strength caused her to stumble last Sunday. Like Hillary Clinton, I was ill. In my case, it was a simple cold, not pneumonia. But also like Hillary, I was powering through despite my illness, though it wasn’t against my doctor’s advice. However, my weakness after a deliberately exhausting day (to increase my stamina), greatly contributed to my fall.

For both of us, our damn the torpedos, full speed ahead determination ultimately wound up setting back our goals. Mine was to complete the recovery from the remaining stroke-related vertigo and the right leg weakness that literally led to my downfall. Hillary’s plan was to kick off the final leg of the campaign.

It’s clear, however, which objective has the greatest import. Though I have to stay off the exercise bike for at least a week, and my broken arm will eventually require physical therapy, my other recovery will proceed apace before long.

The stakes for the presidential election, on the other hand, extend far beyond the fate of Hillary Clinton. It’s her opponent who is most likely to break something vital–namely our democratic values.

“Is there a category for stupidity?”

That was what I quipped when asked if my X-ray was for worker’s comp or liability purposes. But the comment could just as easily be applied to HRC’s failure to heed her doctor’s prescription of bed rest after she came down with a mild case of pneumonia. It could equally cover her failure to immediately own up to the real reason she became so easily weak and overheated at the 911 commemoration ceremony.

I’m something of an expert on walking pneumonia, having lived in almost a perpetual state of mild pneumonia when I was still on prednisone. Naturally, I felt pretty crummy, but I was far from incapacitated.

Though the circumstances are far from equivalent, Mrs. Clinton and I were both too confident of our abilities. I bought into the idea that I was a superwoman of recovery, while underestimating the extent that my hiking sticks were correcting for every little wobble on uneven ground.

See also: Disarmed and Dangerous (At Least to Myself)

Hillary actually is something of a superwoman. Having leaped over the countless obstructions that have been continually placed in her path, she wasn’t about to let a little case of pneumonia slow down her campaigning. Or let an admission of actual weakness play into the insidiously sexist conspiracy-mongering about the state of her health that has been wafting from the cesspool of the Trump campaign.

The irony is that the slowness of her admission has only fed the groundless rumors. Hillary is admitting to a case of pneumonia. What is she actually hiding? they darkly hint.

Once I can get back to rehab exercising hiking, I’ll never be without an assistive device again, even when it seems unnecessary. The jury is still out about whether Hillary Clinton will learn a lesson and begin implementing true transparency. The Clinton campaign just issued a detailed letter from Hillary’s doctor about her mild bacterial pneumonia, her medications, and vital statistics. That’s a good start. And at least she’s finally getting some rest.

Meanwhile, Trump has just backed out of discussing his recent medical exam with that paragon of integrity, Dr. Oz. This follows in the wake of the release of a brief, hyperbolic letter from his doctor that sounded suspiciously like it had been ghostwritten by The Donald himself.

All of his test results were positive? Really? What kind of doctor would write that? When my blood tests came back positive for Legionnaires’ disease, it was not an occasion to cheer. In medical terms, positive results are bad!

Nope, nothing to hide there.

In the end, I don’t think these setbacks will derail either Hillary or me. For my recovery, these next several weeks will be but a bump in the road. I’ve been through much worse. For Hillary Clinton, the debates are coming up. Trump has been signalling his fear of the debates by voicing a string of objections and concerns about fairness.

Bullies like Trump can’t stand to be creamed by a girl…especially one getting over a case of pneumonia. 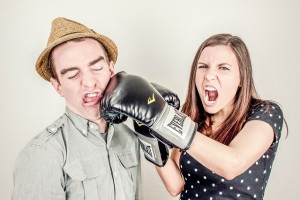 *Twilight sleep is a bizarre state in which you’re conscious enough to be, as I called it. a motor mouth, while doctors are performing an incredibly painful procedure. I remember what I said to them, but nothing about what they were doing to me as I was saying it. Weird. 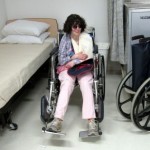 September 12, 2016
Disarmed and Dangerous (At Least to Myself)
Next Post 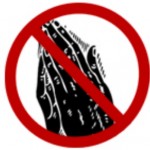 September 16, 2016 God Help Me...or Not
Recent Comments
0 | Leave a Comment
"The blog was absolutely fantastic! Lot of great information about how Music Therapy get you ..."
Monics Mery Music Therapy: Revealing Awareness and Awakening ..."
"Nixon didn't have the charisma that Trump does. So long as Republicans fear Trump's supporters, ..."
Nemo President Trump: Mimicking Nixon in More ..."
"does feal like that is the main diference between them, can anyone name any other ..."
noah johnson Lex Luthor is fiction, Donald Trump ..."
"Someone told me the internet in general has made people lose their compassion for other ..."
Brianna LaPoint Trolls: Warping the Internet into a ..."
Browse Our Archives
get the latest from
Nonreligious
Sign up for our newsletter
POPULAR AT PATHEOS Nonreligious
1