As a skeptic, I of course don’t believe in precognition. But it hardly takes a psychic to see that the last presidential debate will be a shitstorm of historic proportions. It’s hard to imagine how Trump can top his threat to jail Hillary Clinton, but he seems to pride himself on his ability to surprise.

Perhaps Trump will one-up his proposition that he could get away with shooting someone in the middle of 5th Avenue by actually pulling a gun out on stage. That should please the “second amendment people.”

The Donald has clearly given up going for rational voters. As it’s become increasingly clear that he’ll lose big…and lose bigly, he’s been going full-Breitbart, doubling down on the crazy.

If his real goal is for outrage fatigue to set in, I’m afraid he’s already succeeded. It’ll be interesting to see how far Trump will go.

What is Hillary hiding about Area 51? Where was she when Ronald Reagan was shot? And where was Bill when Marilyn Monroe OD’d?

The last one isn’t far from Trump’s latest lie pulled out of his ass. He’s insinuating—without a shred of evidence—that Hillary was on drugs during the second debate. If his real goal is for outrage fatigue to set in, I’m afraid he’s already succeeded.

A substantial proportion of his supporters already believe that the Clintons are serial killers. Indeed, even during the primaries, Trump himself darkly questioned the suicide of their dear friend, Vince Foster.

Really, is there anything Trump could say that would shock you anymore? Actually, the only thing The Donald could do to upend expectations would be to sound presidential. Or even sane.

So what else can you expect during Wednesday’s debate?*

Well, you know that Chris Wallace will quiz Trump about his second debate denial that he had actually acted on his boasts of sexually assaulting women. After all, nearly a dozen victims have accused The Donald of doing just that.

I predict that Wallace will be forced to go back on his vow not to fact check, especially when it comes to that congenital liar, Donald Trump. The Fox News anchor is his father’s son, after all. Plus, Chris Wallace has more to prove objectivity-wise with Trump than with Clinton, though he will hardly let her off the hook.

Hillary Clinton is now contesting red states that haven’t voted for a Democratic presidential candidate for decades. Watch for her to position herself as a safe choice for the growing ranks of #NeverTrump voters.

As for Trump himself, his self-identity is bound up with the idea that he’s a winner. Yet the Wizard of Id is facing the prospect of starring in a new reality show–The Biggest Loser.

He will likely trot out his claims of a global conspiracy to steal the election. What other explanation could there be for the state of his campaign?

Last time, Trump seated three women who had accused Bill Clinton of sexual impropriety in the audience. The stunt du jour this time is to trot out President Obama’s estranged half-brother.

Is meant to neutralize one of Hillary Clinton’s most potent allies, Michelle Obama? If so he’s picking yet another fight he will lose.

Or is it Trump’s way of giving the president his tiny middle finger one last time?

Look for Trump to lash out wildly tonight, like the wounded animal he is.

*Join me and my boyfriend Keith (a talented writer) at 9:00 EST/6:00 PST as we live blog the final  debate! I will be doing most of the commentary, but Keith will be adding real time fact checking (and quips) during the Clinton/Trump Las Vegas rumble.

Here’s the link: Circus Circus : Live Blogging the Vegas Debate. We hope to see you there! 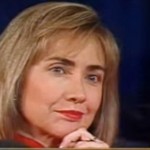 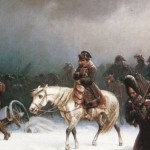 October 21, 2016 Top 5 Trumpster Fire Debate Moments
Recent Comments
0 | Leave a Comment
Browse Our Archives
get the latest from
Nonreligious
Sign up for our newsletter
POPULAR AT PATHEOS Nonreligious
1