Nothing in the history of the United States has even come close to the pustulent pathologies of the 2016 presidential campaign. That has posed a dilemma as we’ve attempted to watch a series of past presidential debates to prepare ourselves for the Clinton/Trump rumbles.

No one has ever seen an election like this one…and we can only hope that we never will again.

The campaigns of the 19th century were notably dirty, but it wasn’t until 2016 that the election propaganda could sink to the level of Mulder-like conspiracies and outright sociopathy, promulgated not by surrogates or whisper campaigns, but by the candidate himself.

Sunday night, we watched the first Reagan/Mondale debate. As in all the other old debates we’ve watched, we were struck by the politeness of the candidates, even compared to the less-vitriolic (than 2016) presidential campaigns of recent elections.

When the candidates ran overtime, they simply stopped. They rarely talked over each other. Barbara Walters commended Mondale and Reagan for their politeness.

See also: The Pixel is Mightier Than the Debate

The closest we’ve come to approximating the current presidential debates was the Bush/Clinton/Perot town hall debate of 1992 and the 1984 veep debate, also with George H.W. Bush, who faced off against the first female candidate for the vice presidency, Geraldine Ferraro.

The latter debate is most often noted for Ms. Ferraro’s pointed rebuke of the Bushsplaining of foreign policy by her opponent.

Bush: Let me help you with the difference, Mrs. Ferraro, between Iran and the embassy in Lebanon.

Ferraro: Let me just say first of all, that I almost resent, Vice President Bush, your patronizing attitude that you have to teach me about foreign policy.

But another moment also stood out for us. Robert Boyd, Washington bureau chief for Knight-Ridder Newspapers asked:

Congresswoman Ferraro, you have had little or no experience with military matters and yet you might someday find yourself commander-in-chief of the armed forces. How can you convince the American people and the potential enemy that you would know what to do to protect this nation’s security, and do you think in any way that the Soviets might be tempted to try to take advantage of you simply because you are a woman?

My, how the bear turns. In 2016, we have an ex-KGB officer taking advantage of a male presidential candidate’s man-crush on him in an attempt to defeat their mutual foe, the tough-on-Russia female candidate.

But the most portentous moment happened near the end of the 1992 town hall, the very first debate with that format. An audience member asked when the candidates  thought we would have an “Afro-American” or a woman as a nominee of either party.

Bill was the first to speak, saying that he hoped it would happen in his lifetime. Special kudos for mentioning latinos, too.

Soon, all three competed over which would praise Colin Powell more highly. But moderator Carole Simpson kept pressing Ross Perot over the second part of the query.

“What about a woman?” tried Simpson one last time.

The camera panned to Hillary Clinton.

Well, it looks like the Man from Hope will have both wishes fulfilled. First came an African-American. And it’s beginning to look like Hillary’s wish will be granted on November 8, as well. 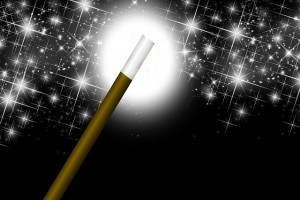 *Hey kids, ever wanted to be a fly on the wall of my brain during a mud wallow, I mean a Clinton/Trump debate? You’re in luck! I will be live blogging the Vegas fight night on Wednesday, starting at 9:00 EST/6:00 PST.

Here’s the link: Circus Circus: Live Blogging the Vegas Debate. See you then…and don’t forget to bring a towel. You’re going to need it after that slimefest! 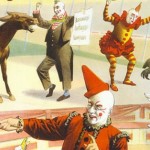 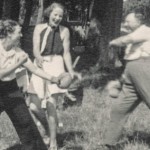 October 19, 2016 Fight Night Tonight: The Final Showdown
Recent Comments
0 | Leave a Comment
"The blog was absolutely fantastic! Lot of great information about how Music Therapy get you ..."
Monics Mery Music Therapy: Revealing Awareness and Awakening ..."
"Nixon didn't have the charisma that Trump does. So long as Republicans fear Trump's supporters, ..."
Nemo President Trump: Mimicking Nixon in More ..."
"does feal like that is the main diference between them, can anyone name any other ..."
noah johnson Lex Luthor is fiction, Donald Trump ..."
"Someone told me the internet in general has made people lose their compassion for other ..."
Brianna LaPoint Trolls: Warping the Internet into a ..."
Browse Our Archives
get the latest from
Nonreligious
Sign up for our newsletter
POPULAR AT PATHEOS Nonreligious
1