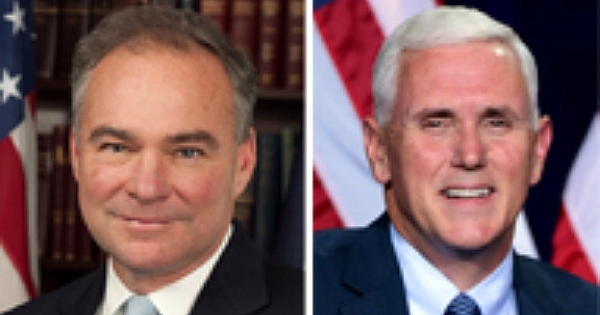 If the vice presidency isn’t worth a warm bucket of piss, does the vice presidential debate really matter? After all, no veep debate has shifted an election—ever–even when Lloyd Bensen boxed Dan Quayle’s ears with his famous “you’re no Jack Kennedy” line.

If that’s what you’re wondering, I have one name for you: Dick Cheney. According to a New York Times report, during the vice presidential selection process, Donald Trump Jr. made this offer to representatives of John Kasich:

Did he have any interest in being the most powerful vice president in history?

When Kasich’s adviser asked how this would be the case, Donald Jr. explained that his father’s vice president would be in charge of domestic and foreign policy.

Then what, the adviser asked, would Trump be in charge of?

More powerful than Dick Cheney? Where did I put my passport?

See also: 5 Things You Didn’t Want to Think of Thanks to Donald Trump

While both VP-wannabees are deeply religious, only one channels his evangelical faith into building a Hoosier semi-theocracy.

As governor, Pence signed an anti-abortion bill that banned private insurance from covering abortion except in cases of rape or incest or to save the life of the mother. Private insurance.

The law would also have criminalized doctors who aborted fetuses with genetic defects and mandated that all aborted–and even miscarried–fetuses be either buried or cremated.

The law was fortunately blocked by a federal court.

But, wait, there’s more. Pence passed one of the strictest “religious freedom” bills in the country, continuing a long history of backing anti-LGBT rights measures when he was in congress. Indeed, he opposed federal funding for the treatment of HIV and AIDS unless it was accompanied by an anti-gay sex propaganda programs.

What’s more, the man who would be in charge of all domestic policy (assuming he received the same offer) believes that “God created the heavens and the earth.”

Would Pence cancel the space program to prevent the Tower of Babel curse from happening all over again? Is he worried that gay marriage will turn Karen Pence into a pillar of salt?

I’ll take a Catholic whose missionary work in Honduras infused him with the liberation theology of social justice over an evangelical zealot any day.

But if that isn’t enough to convince you that the VP debate matters, I will propose a drinking game to make tonight’s clash fun. Every time Pence “interprets” one of his running mate’s comments or policies in a way that is actually the exact opposite, take a slug.

I can’t wait to hear how Pence spins Trump’s near-billion-dollar tax loss as a sign of the Donald’s business acumen. You’ll be sloshed even before the halfway point.

If there’s any booze left by the end of the debate, you might want to save it for your stockpile. You’re going to need it in the unlikely event that Trump/Pence campaign wins the election. 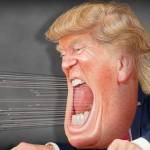 October 3, 2016
5 Things You Didn't Want to Think About Thanks to Donald Trump
Next Post 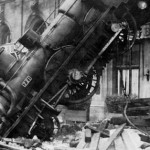 October 7, 2016 Why Trump May Fail Bigly at Sunday's Debate
Recent Comments
0 | Leave a Comment
"The blog was absolutely fantastic! Lot of great information about how Music Therapy get you ..."
Monics Mery Music Therapy: Revealing Awareness and Awakening ..."
"Nixon didn't have the charisma that Trump does. So long as Republicans fear Trump's supporters, ..."
Nemo President Trump: Mimicking Nixon in More ..."
"does feal like that is the main diference between them, can anyone name any other ..."
noah johnson Lex Luthor is fiction, Donald Trump ..."
"Someone told me the internet in general has made people lose their compassion for other ..."
Brianna LaPoint Trolls: Warping the Internet into a ..."
Browse Our Archives
get the latest from
Nonreligious
Sign up for our newsletter
POPULAR AT PATHEOS Nonreligious
1