I like to joke that I’m a walking refutation of survival of the fittest. If I lived in the paleolithic, I would be cave lion meat.

My experiences in the pre-Obamacare health insurance world, therefore, provides a sneak preview of what we might expect if Trump lays waste to the Affordable Care Act.

When I was 11, my lungs were scarred by a mysterious illness–most likely some kind of virus. I will never know exactly what was going on, but for many years afterward I was treated for recurring lung infections. I was constantly sick.

But my regular health care ended when I turned 28. That’s when I was no longer covered under my mother’s health insurance as a disabled dependent.

I was thrown on the street, healthcare-wise. So, I attempted to find insurance for myself.

I applied for Blue Cross. But they denied my application, ranking me in the highest risk category–along with the AIDS patients and cancer victims. Diabetes, which has many potentially catastrophic consequences, was in the second risk group.

I appealed…and lost. There was no consideration of the seriousness of my lung damage. I had a diagnosis of COPD, which is usually progressive because most of the people who suffer from that condition are smokers. My COPD, however, wasn’t an ongoing disease process. And just as important, I didn’t require expensive care.

I tried a few other plans, but was I was alternately denied, told that any claims related to my lungs wouldn’t be covered, or quoted an exorbitant premium.

I went without coverage for many, many years until my mother obtained health insurance through her work that covered older disabled dependents. When she herself became disabled and was forced to retire, I applied for the California version of Medicaid, Medi-Cal.

I was eventually accepted into Medi-Cal due to my multiple chronic and severe health conditions: scarred lungs, chronic daily migraines, irritable bowel syndrome, and a bad back due to compressed vertebra.

My acceptance into Medi-Cal was very fortunate indeed, because in addition to my long-standing health issues, I eventually developed a serious autoimmune disease, dermatomyositis. The treatment for my DM lead to immunosuppression, which caused me to come down with Legionnaires’ disease, triggering a series of unfortunate events, including my six-week coma and multiple strokes on both sides of my brain.

Oh, and did I forget to mention serious osteoporosis? I could say the treatment was worse than the disease, but before the advent of prednisone, dermatomyositis was often fatal. Prednisone saved my life before it almost killed me.

In short, I have pre-existing conditions up the wazoo–and including that too.

President-elect Trump–I just can’t get used to saying that–claims that he wants to keep some of the most popular elements of Obamacare. The provision that children can stay on their parent’s insurance until age 26 is the least controversial. But he also says that he wants to continue to ban pre-existing condition exclusions.

That makes The Donald sound like he’s a humanitarian (which is the idea). But Trump is a businessman, though far from the successful billionaire he paints himself to be. He must know that if you do that, while the eliminating the insurance mandate, insurance companies will simply raise the premiums so high for those high-risk patients that they will be unaffordable (assuming they’re not denied entirely).

If you’ll recall, in the 2008 presidential campaign, Hillary Clinton’s proposed health care plan included a coverage mandate, which Barack Obama heavily criticized. Yet, when it came time to draft his own version, the ACA, the plan included mandates.

Without mandates, expensive patients like me would bankrupt the system. Indeed, the penalties for not having insurance are often less than the cost of obtaining it. That has been a major driver for the increasing costs of Obamacare.

The system requires healthy people to help pay for the sick.

But wait, there’s more. People with pre-existing conditions would actually be worse off than they were prior to the advent of Obamacare. Before the ACA, people with health conditions could at least get insurance that excluded their particular ailments. Under Trump’s “new and improved Obamacare,” they will be denied coverage altogether.

Admittedly, insurance that only covered the healthy parts of me would limited to my ears, gallbladder, and so far my appendix. Just about every other organ was affected by my severe sepsis during my coma or was damaged by my childhood illness. (My lungs are now more damaged due to my two bouts of Legionaires’ disease and multiple pneumonias caused by the prednisone, which I’m now thankfully off.)

If Paul Ryan gets his druthers, Medicaid would be converted to block grants to states. Though I’m lucky enough to live in the very blue state of California, it’s conceivable that my populous and expensive state might be forces to tighten the rules of eligibility enough that I would no longer qualify for the newly cash-starved Medi-Cal.

Without Medi-Cal, I would be out on my own again, along with the millions of other people who will suddenly find themselves stripped of their health coverage.

And don’t get me started about risk pools. I looked into that. The coverage was extremely poor, yet expensive nonetheless. The waiting time for the application list was measured in years.

As Ted Cruz said before jumping on the Trump train, Donald Trump is a pathological liar. He knows full well that simply prohibiting pre-existing conditions exclusions will not protect those with health concerns.

Most people don’t have as many pre-existing conditions as I do. Under Trump’s proposal, they won’t be able to obtain health insurance at all.

By taking this stand, Trump gets to look like he’s the savior of the ill, giving a helping hand to Tiny Tim. Yet his policies would yank that poor boy’s crutch out from under him. 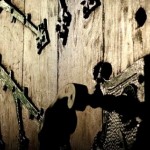 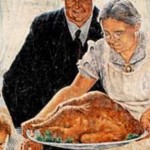 November 22, 2016 Thankful for What?
Recent Comments
0 | Leave a Comment
Browse Our Archives
get the latest from
Nonreligious
Sign up for our newsletter
POPULAR AT PATHEOS Nonreligious
1