Keith wrote a reassuring “it’s all going to be all right” post on Facebook Tuesday night. A lesbian friend of ours expressed an all too rational fear that she would lose her marriage.

A bunch of people, including me, have been trying to reassure her. We are very lucky to live in the liberal cocoon of California, I told her. Even if the worse came to pass and marriage equality were overturned, it’s very likely the Democratic-dominated legislature would work to restore equal marriage rights in our state.

The same can’t be said for much of the country. But polls show that a majority of the American people now support marriage equality. As some people pointed out to our friend, once rights are gained they’re rarely lost again.

And don’t forget that we will have a young earth creationist as our vice president, who passed an ugly, discriminatory anti-LGBT rights law in his own state of Indiana. That’s enough to send shivers through both the LGBT community and atheists alike (which are not mutually exclusive).

I’ve been trying to be the voice of optimism during the primary, but I’m not exactly feeling like a Pollyanna right now. I hate what Trump’s election says about America. But remember that Hillary Clinton won the popular vote.

The majority of Americans agreed that we are “Stronger Together.” But are there any other comforting positives I cite?

Well, for the LGBT community, Trump is surprisingly accepting of gays for a Republican (something I also told our scared friend). His mentor was the closeted homosexual red-baiter, Roy Cohn. He even somehow managed to draw applause at the ugly Republican convention when he mentioned LGBT rights in his acceptance speech.

Maybe he’ll be able to shift the GOP’s attitudes about the LGBT community, as he did with his stance against international trade, which used to be an integral part of Republican ideology. Pence’s anti-gay zeal is not his own.

You have to remember that Trump isn’t actually a conservative. In fact, he was a registered Democrat until fairly recently. He even said Planned Parenthood does good work in the Republican primary debates. (Though with his Supreme Court nominee in place, Roe vs. Wade may go the way of the Dodo. As horrifying as that would be, it would set a fire under millennial women grown complacent in the assumed safety of rights they had long taken for granted.

Another surprising ray of hope may lie with Republicans of conscience. We watched the election returns on the PBS Newshour. It was interesting to see the two Republicans on the panel mourning what a Trump presidency would do to the party that they love.

Stuart Stevens kept saying, with quiet passion, is Trump’s behaviour really something we want to normalize? David Brooks has been a steady voice of #NeverTrump disapproval throughout the campaign. They don’t want to see the divisive changes to our country the Donald may bring about any more than we do.

I predict we’ll see a steady defection of reasonable Republicans–yes, they do exist–to either the Democrats or more likely the burgeoning number of independants–as George Will did before the election.

For those that remain in the fold, I hope they will join in common cause with Democrats to thwart any dangerous power grabs a power-mad Trump may attempt. Even craven partisanship may be set aside for patriotism.

We may see the formation of new parties, as well.

I’m afraid that Obamacare is doomed. As someone with multiple pre-existing conditions, who is currently on Medicaid, that is terrifying. I think I’ll be okay because I was already on Medi-Cal before the ACA due to multiple chronic and severe health conditions. But 24 million Americans will lose their insurance with a stroke of the pen. Millions of others will have to pay more for the crime of owning a uterus.

I hope they remember that in 2020. Young people are already taking to the streets in protest at the prospect of a Trump presidency. We could be seeing the genesis of a new 60s-style youth protest movement. They grew up in an inclusive America, and they’re starting to see that we’ll all have to fight to preserve it.

And with their hands on all the levers of power (every time I think of that, I choke up), the Republicans will finally have to show that they can govern. But Trump’s agenda isn’t really a conservative one (that’s actually a hopeful sign, as well). In fact, he doesn’t have many real convictions, other than his deep and abiding xenophobia.

That’s scary, as well, because he could cave in to the Tea Party wingnuts. But Trump will not be able to stick to a disciplined script for long, as the primary campaign repeatedly demonstrated. His mouth and his itchy Twitter finger will be his undoing.

Trump will almost certainly be a one-term president. It’s up to the left to form a winning strategy (and candidate) for 2020. His victory will delay the readjustment the GOP needs to cope with the unfavorable demographic changes taking place.

The coming Hispanic wave didn’t materialize this time. But eventually it 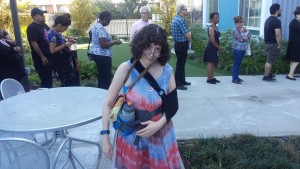 will be a tidal wave that will drown the Republican Party if it doesn’t change. That’s what happened in California after Prop. 187.

On Tuesday, an anti-immigrant ban on bilingual education was washed away by California voters, voted out by a political environment transformed and radicalized by the last gasp of white privilege in a state soon to have a minority majority (check out the diversity of voters behind me in the above photo taken on November 8).

The so-called Prop 187 effect may be coming to a voting booth near you.

It’s going to be a horrible and painfully dispiriting four-year journey in the wilderness. But we can bring light to the path by comforting our friends, reaching out to the marginalized, and standing up to bigots.

We need to get off our asses and stand up for the hopeful and inclusive America we believe in. 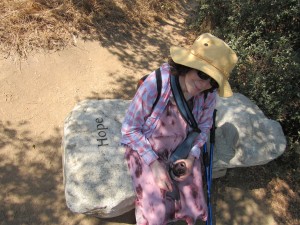 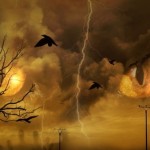 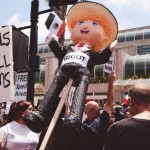 November 11, 2016 Taking It to the Streets
Recent Comments
0 | Leave a Comment
"The blog was absolutely fantastic! Lot of great information about how Music Therapy get you ..."
Monics Mery Music Therapy: Revealing Awareness and Awakening ..."
"Nixon didn't have the charisma that Trump does. So long as Republicans fear Trump's supporters, ..."
Nemo President Trump: Mimicking Nixon in More ..."
"does feal like that is the main diference between them, can anyone name any other ..."
noah johnson Lex Luthor is fiction, Donald Trump ..."
"Someone told me the internet in general has made people lose their compassion for other ..."
Brianna LaPoint Trolls: Warping the Internet into a ..."
Browse Our Archives
get the latest from
Nonreligious
Sign up for our newsletter
POPULAR AT PATHEOS Nonreligious
1

Work-From-Home Burnout and Zoom Fatigue is a Lot...
Have you or your employees been feeling work-from-home burnout and Zoom fatigue...
view all Nonreligious blogs
What Are Your Thoughts?leave a comment
Copyright 2008-2021, Patheos. All rights reserved.
error: Content is protected !!