Taking It to the Streets

Taking It to the Streets November 11, 2016 Stephanie Savage

There is a movement afoot to encourage the electoral college elector to vote against their state’s vote for Donald Trump. This is legal in some states and would incur a small fine in others.

Emotionally, I sympathize with such sentiments, but rationally I can’t support it. This is our system, as imperfect as it is. Instead of subverting it, we should work to improve it. And what message would that send to Donald Trump’s supporters? After all, he had already convinced them that the system was rigged. Do we really want to prove it to them?

The Electoral College was put into our constitution to give states with a smaller population a voice…and a shackled hand up to the slaveholding states. Given that this is an entirely different world, the electoral college is an anachronism. But the odds of a Republican-controlled congress–with a stranglehold on governorships–approving a constitutional amendment abolishing the electoral college is unlikely in the extreme.

After all, for the second time in five presidential contests, the GOP won the presidency despite losing the popular vote. What’s not to love about the electoral college for them?

So why do I oppose subverting this outdated system, then? After all, David Brooks admitted on election night that even many Republicans had hoped Trump would lose. He now suggests that Trump will almost certainly be impeached by the congress of his own party.

President Pence–yikes! Talk about out of the frying pan and into the fire.

And, admittedly, our democratic system is already broken. The GOP congress gambled that they could get away with stonewalling President Obama’s Supreme Court nominee almost a year before the end of his term.

Many Democrats are calling for revenge by filibustering President Trump’s–oy how I hate typing that!–SCOTUS nominee. But then Mitch McConnell would probably do away with filibusters entirely, thus eliminating the only tool available to the Democratic minority to stop measures passed by the extremist majority.

The Dems were contemplating doing that anyway if they won the majority and Republicans continued their obstructionist ways. But since all they managed to do was whittle down the Republican majority, the Democrats would be defenseless without this parliamentary procedure.

Of course, if Trump nominated another Robert Bork, Chuck Schumer would have no choice but to filibuster. Barring that, I think the better course is to pick our fights carefully.

Even if Trump isn’t impeached–would he leave even then?–he’s already signalling that he will be staffing his cabinet with his own personal basket of deplorables. Ben Carson for Secretary of Education? Really?

Meanwhile, people are heading out into the streets to protest this horrifying election outcome. That is democracy in action.

Instead of subverting the system, we should be pouring our outrage into activism. Make it politically impossible for Republicans to go along with President Trump’s offensive actions. But the last thing we should do is to react to an authoritarian by subverting the democratic system that elected him. 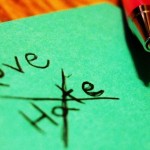 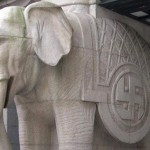 November 14, 2016 The Breitbartization of the White House
Recent Comments
0 | Leave a Comment
Browse Our Archives
get the latest from
Nonreligious
Sign up for our newsletter
POPULAR AT PATHEOS Nonreligious
1