All Aboard the Good Ship Nonreligious!

All Aboard the Good Ship Nonreligious! December 16, 2016 Stephanie Savage 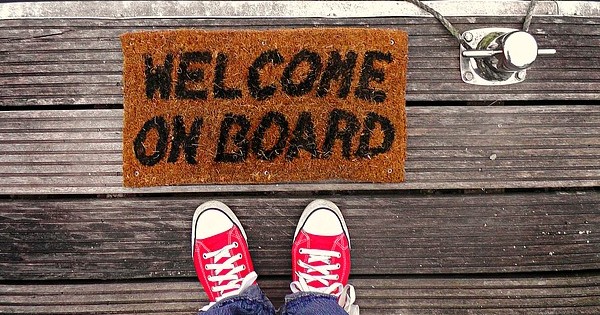 According to American Atheist’s firebrand president, Dave Silverman, every stripe of nonbeliever save those who brand themselves as atheists is a liar. I imagine that would go doubly for every other stripe of atheism’s natural ally, the nonreligious.

According to Silverman, I’ve been was a liar for all of my life. And I’m far from alone. It’s like that old Dr. Pepper ad.

Indeed, millions of others in the same boat with me. Secular humanists–fibbers. Freethinkers–prevaricators. Agnostics and skeptics are dissimulators too. His deliberately provocative statement excludes every nonreligious self-identity but his own.

From the transcript from a 2015 CNN Special Report called, “Atheists, Inside the World of Non- Believers.”

PHILLIPS: So many people won’t say, “I’m an atheist.”

PHILLIPS: Is it all the same thing? Are these just softer terms for, I’m an atheist?

SILVERMAN: Yes. These are atheists who are afraid to use the word. And what are they doing? They’re lying.

Now, I should point out that I have a soft spot for American Atheists because my first published work appeared in American Atheist Magazine. But I don’t consider myself a firebrand (though theists would probably beg to differ).

Still, according to Dave Silverman’s formulation, I’m a liar thrice over. I identify as a secular humanist, a freethinker, and a skeptic. I suppose he might give me a pass because I also label myself as an atheist, but according to him, I can’t call myself Jewish, either.

But calling myself all of the above is far from a contradiction in my book. Each label has a distinct definition, which is embraced by many in the big tent that is the community of nonbelievers and the nonreligious.

In my life, I’ve gone from agnostic to Unitarian Universalist to atheist. Admittedly, that’s a very short spiritual journey indeed.

It can be argued that the first two don’t really count because I was just a kid when I wore those tags. My mom raised me as an agnostic. When she married my stepdad, we became Unitarians because he was active in the UU church. I became an atheist when I was about 14, after I realized that I had lost even the tiny sliver of belief in the possibility of the existence of God that my mother had instilled in me.

Odds are, my experience was far different from yours. But in my life, I’ve embodied many of the groups that Dave Silverman thinks should be shoehorned into his definition of the atheist community–atheist-shamed, you could say.

For some, it’s simply a matter of being defined by what they believe, not what they disbelieve. I have to admit that I used to think secular humanism was a dodge by people afraid to label themselves as atheists. But as I came to understand the ethical system behind secular humanism, I realized I had been one all along.

As I said, I’m also a skeptic and a freethinker, yet some embrace only one of these labels. Many want nothing to do with any label at all. Still others are defiantly secular, oppose to organized religion, dedicated to separation of Church and State.

The last groups are lumped in with atheists in the catchall pollster category, Nones. They’re the fastest growing “faith group.” Nones are not all atheists, but in the future, nonreligious Nones will be crucial in fighting Republican attempts to breach the wall of separation.

These are among the many reasons why Patheos Atheist is widening its nontheistic tent by rebranding itself as Patheos Nonreligious. There was absolutely no outside pressure to do this and our fearless leader Dale McGowan, author of Atheism for Dummies, conceived it on his own. He put the idea to all of the atheist bloggers and the majority were for the move. Here’s Dale’s take on the move: Welcome to Patheos Nonreligious.

The secular movement can only grow if it reaches out to the panoply of the nonreligious. Excluding the philosophically “impure” and shunning those who aren’t out, loud and proud is not the way to ensure the ascendance of secularism.

Atheists shouldn’t be mimicking theists, with their rigid demands for theological purity.

Because I’m a blunt-spoken kind of person, I usually say flatly that I’m an atheist. Yet it’s important to note that I have that privilege because I was raised in a secularist family. I sacrificed nothing–and no one–when I came out (much like Donald Trump).

I also have to remind myself that for many deconverts, they not only have to stay in the closet, but have a hard time slapping the socially toxic Scarlet A on their chests even in their own minds. They have decades of anti-atheist inculcation to shake.

We need to give them a helping hand, not the boot.

Patheos Nonreligious isn’t rejecting the mantle of atheism. Its bloggers are still the same mix of secularists of all stripes (but mostly atheists).

And that’s the thing. Nothing has changed except its name. Instead of nailing up a Keep Out sign, Patheos Nonreligious is putting out the boarding platform.

All hands on the secularist deck! 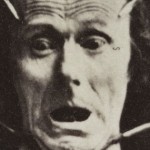 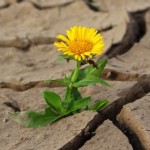 December 19, 2016 Survival Manifesto: Life is the Universe...and Everything
Recent Comments
0 | Leave a Comment
Browse Our Archives
get the latest from
Nonreligious
Sign up for our newsletter
POPULAR AT PATHEOS Nonreligious
1