The Patheos School of Christian Perversity

Blogging for Patheos Atheist has opened my eyes to the psychological perversity of Christian indoctrination. Sure, I always thought it was absurd and bizarre, with it gruesome fetishizing of the bleeding Christ on the cross–ew, gross!–and the cannibalistic transubstantiation. But I didn’t know the half of it.

It wasn’t until I watched a few Teaching Company lecture series about early Christianity that I even began to get an inkling how the redemption was supposed to work. Oh, so Jesus takes the place of the sacrificial lamb. It still sounds pretty kludgy to me.

So, thanks to Adam and Eve eating the fruit of the Tree of Knowledge, God had to sacrifice his son, who is not really his son but God himself. And why a supposedly ineffable Supreme Being would even need blood sacrifices in the first place is beyond me.

Could you put a little ketchup on that goat way down there on earth, please? It’s a bit gamey this time. And a little pepper wouldn’t hurt, either.

Oh, and don’t forget the Holy Ghost, who is also God (and not to be confused with Casper the Friendly Ghost). And while we’re at it, you would think, being all-knowing, God would’ve figured out that Adam and Eve were going to give into temptation from the get-go. Besides, couldn’t God have simply said…

Sit in the corner for a millennium, then all is forgiven. Just don’t do it again. You’re welcome.

It should be clear by now that I still can’t wrap my brain around religious–and especially Christian–concepts. That’s because Judaism is the religion I don’t practice. Actually, that’s a bit deceptive, since I’m not a deconvert from Judaism, having never practiced the religion of my ancestors in the first place.

It’s a bit hard to explain the distinction, but being of Jewish heritage means that Christians are The Other to me. I visited my Baptist step-cousins’ and Mormon friend’s Sunday schools out of curiosity as an adolescent. My agnostic mom didn’t object because she had done the same when she was a girl.

I’m sure they invited me in the hopes of evangelizing me. Spoiler alert: It didn’t work. To me, it was sheer exoticism. So that’s what Christian kids do in Sunday school.

But reading my fellow atheist bloggers has helped me gain a bit of understanding about why so many Christian deconverts feel bitter about religion. I really didn’t have a sense of the warped way Christianity twists normal human behavior, especially sexuality, before I started reading the blogs of my Patheos compatriots.

I was honestly taken aback by the perversity of discouraging physical fitness and its aesthetic benefits as I read Neal Carter‘s recent post about fit shaming for Removing the Fig Leaf,

Hey, if you have a heart attack and die, you’ll get to meet Jesus even faster!

Praying for Rain and Dancing with the Devil is extremely instructive regarding the psychologically wounding effect of Christian childhood indoctrination. The same can be said for many of the other bloggers, especially those raised as fundamentalists, such as Leaving Fundamentalism‘s Jonny Scaramanga, Love, Joy, Feminism‘s Libby Anne, and Roll to Disbelieve‘s Cassidy McGillicuddy.

I’m sure for many of my readers the psychologically destructive effects of Christian indoctrination comes as no surprise. But coming from outside religion–and especially Christianity–it has been an eye-opener to me.

In the future, there will be many more secular-raised children. Your own kids will be scratching their heads as much as I do. Undoubtedly, you will guide them in their confusion. And when they’re old enough, people like my colleagues here as Patheos will help them to understand what it’s like to be under the thumb of Christian indoctrination.

Just don’t ask me to explain. 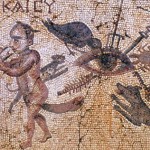 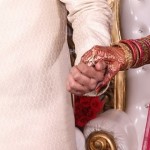 December 6, 2016 Non-Abrahamic Atheism: A Match Made in Heathen
Recent Comments
0 | Leave a Comment
"The blog was absolutely fantastic! Lot of great information about how Music Therapy get you ..."
Monics Mery Music Therapy: Revealing Awareness and Awakening ..."
"Nixon didn't have the charisma that Trump does. So long as Republicans fear Trump's supporters, ..."
Nemo President Trump: Mimicking Nixon in More ..."
"does feal like that is the main diference between them, can anyone name any other ..."
noah johnson Lex Luthor is fiction, Donald Trump ..."
"Someone told me the internet in general has made people lose their compassion for other ..."
Brianna LaPoint Trolls: Warping the Internet into a ..."
Browse Our Archives
get the latest from
Nonreligious
Sign up for our newsletter
POPULAR AT PATHEOS Nonreligious
1