Empathy is a privilege and a responsibility, as Meryl Streep movingly stated in her Golden Globes speech. 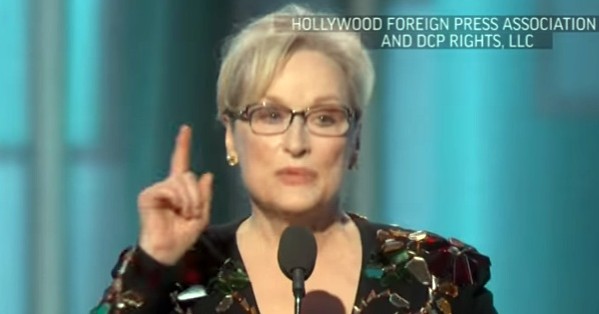 For decades, Hollywood has been one of the conservatives’ favorite “values” whipping boys. To them, it’s a den of iniquity, bound and determined to destroy American Values™, to which they exclusively hold the keys.

But as The Donald and his foxes prepare to guard their respective hen houses, Hollywood is setting itself as the voice of humanistic values–the real American values.

Meryl Streep was right to home in on Donald Trump’s cruel mocking of a disabled reporter as a symbol of everything that is wrong with the next “ruler of the free world.” America elected that bully who laughs at the kid with cerebral palsy.

Ha ha! Look at the spaz!

Or, as in the case of New York Times reporter Serge F. Kovaleski, it’s arthrogryposis. Take a look at the picture of Kovaleski over Trump’s miming of his congenital joint disorder in this article. Tell me that isn’t an accurate, if pitiless, mimicking of the reporters deforming disability.

When Trump is thrown out of office in four years (assuming he’s not impeached before then), perhaps he can get a gig in Vegas. Watch the full video if you can stand the disgust.

Trump has denied even knowing that Kavaleski has a disability. But like his much-debunked claim that thousands of Muslims danced in celebration as the Twin Towers burned on 9-11, that assertion too is a four-Pinocchio lie, wrapped in two other whoppers. According to the Washington Post:

“Donald and I were on a first-name basis for years,” Kovaleski told the Times in November. “I’ve interviewed him in his office,” he added. “I’ve talked to him at press conferences. All in all, I would say around a dozen times, I’ve interacted with him as a reporter while I was at The Daily News.” In particular, Kovaleski covered the launch of the Trump Shuttle, spending the day with Trump in 1989 when the airline launched with typical Trump brashness.”

Like Meryl Streep, I can’t forget that revealing moment. It speaks volumes about the man about to assume the most powerful position in the world. As Meryl said:

I still can’t get it out of my head because it wasn’t in a movie. It was real life. And this instinct to humiliate, when it’s modeled by someone in the public platform, by someone powerful, it filters down into everybody’s life, because it kinda gives permission for other people to do the same thing. Disrespect invites disrespect, violence incites violence. And when the powerful use their position to bully others, we all lose.

True to form, Trump lashed out at the acclaimed actress on Twitter, slamming her as over-rated. His MO is to denigrate anyone who criticizes him as no good or a loser (which he also said, in this case for backing Hillary Clinton).

But this much-lauded actress was right to home in on this instructive window into a soul more twisted than Kovaleski’s left hand. Humanists, as well, need to speak out at every opportunity to defend the American value of empathy.

To conservatives, “American values” means an imagined, black-and-white vision time-warped from Father Knows Best. Yet American values embraces a Technicolor world of rainbow flags and immigrants. And, yes, compassion for those who are different, including the disabled.

It’s important to note that almost three million more Americans thought Love Trumps Hate. Indeed, it took unprecedented interference in our electoral process by a sworn enemy of Hillary Clinton and two letters to Congress against FBI and Justice Department policy to elect such a fundamentally unfit candidate as Donald Trump.

See also: Taking it to the Streets

Yes, Clinton was a less than perfect candidate herself. And of course Vladimir Putin didn’t force Trump voters to pull that lever (though Hillary’s “controversies” were greatly exaggerated). The working class has real grievances that Trump opportunistically tapped into.

Streep’s voice was almost gone, but her words echoed all the way to Trump Tower. Like Hollywood liberals, humanists need to take every opportunity to defend the defenseless, fighting for the values we care so deeply about.

Empathy didn’t die on November 8. If we don’t make our voices heard, the schoolyard bully wins.

For as little as $1 a month, you can feed a starving writer. Please consider supporting my work on Patreon. 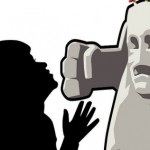 January 6, 2017
Secondhand Prayer: I Prayed to the God-Monster Under My Bed
Next Post 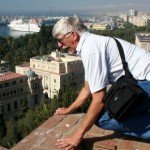 January 13, 2017 Heedlessly Diving off the Healthcare Cliff
Recent Comments
0 | Leave a Comment
"The blog was absolutely fantastic! Lot of great information about how Music Therapy get you ..."
Monics Mery Music Therapy: Revealing Awareness and Awakening ..."
"Nixon didn't have the charisma that Trump does. So long as Republicans fear Trump's supporters, ..."
Nemo President Trump: Mimicking Nixon in More ..."
"does feal like that is the main diference between them, can anyone name any other ..."
noah johnson Lex Luthor is fiction, Donald Trump ..."
"Someone told me the internet in general has made people lose their compassion for other ..."
Brianna LaPoint Trolls: Warping the Internet into a ..."
Browse Our Archives
get the latest from
Nonreligious
Sign up for our newsletter
POPULAR AT PATHEOS Nonreligious
1