Secondhand Prayer: I Prayed to the God-Monster Under My Bed

Secondhand Prayer: I Prayed to the God-Monster Under My Bed January 6, 2017 Stephanie Savage

I’m still trying to wrap my brain around the reasons why an atheist like barrierbreaker‘s Martin Hughes would resort to praying to an atheistic construct of God. 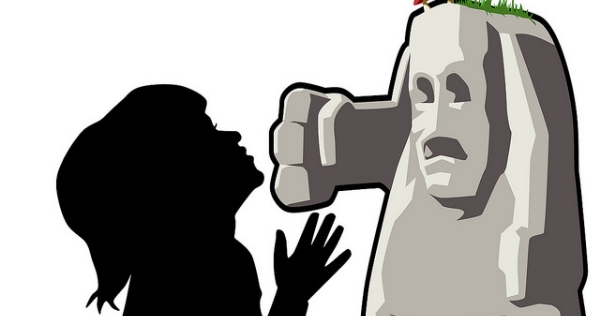 At lunch with Sin/God‘s Luciano Gonzales, as we discussed the controversies surrounding Martin’s recent posts, I suddenly recalled an instructive anecdote from years ago.

Back when I was still on an ill-advised hunt for secular Jews at Jewish dating events, I met an appealing guy with whom I had good chemistry. He was only visiting LA for several weeks, but the fact that he was just an occasional resident of Southern California wasn’t the only obstacle we faced to a relationship.

As I’ve said, when I was on the dating scene, I was upfront about my atheism in an attempt to weed out men who would object to my apostasy. Yet that wasn’t the issue in this case.

He simply couldn’t comprehend that I never prayed. While he didn’t appear to be unclear on the concept of atheism, he kept saying things like:

You never pray? C’mon, you must pray sometimes.

Why would I pray to a being I don’t believe exists? I would reply, dumbfounded. That doesn’t make sense.

Round and round it would go like this. Neither of us could comprehend each other’s mindset. He couldn’t conceive of someone who never prayed. In turn, I couldn’t understand why he would think an atheist would pray to a god that didn’t exist.

I still don’t understand the idea of praying to an imaginary being. To me, it’s completely illogical. That would be like pouring your heart out to a dial tone (if you’re old enough to remember the olden days of land lines).

I can’t help thinking that my inability to understand where Martin is coming from regarding his atheistic prayers is tied to the difference between decoverting from religion and never having practiced it at all.

Martin came back with a defense of his atheistic prayers, citing a few examples of other atheists who have prayed to a god they don’t believe in. (It’s important to note that I don’t begrudge him the comfort he felt in that stressful week he prayed to a non-God God.)

Yet, in none of the examples Martin cited, from what I can tell, was there someone with a secular background like mine. I think that’s telling.

You can suspend my license to dabble in amateur psychology if you like, but I tend to think that this yearning in some atheists to commune with a mythological higher power is connected to deeply planted seeds of religiosity in those raised in faith traditions.

Fear of Hellfire is a Communicable Disease

Nonetheless, I can’t claim absolute purity in this regard. But in my case, the mythological construct I prayed to for a few months in my adolescence was actually a form of the Boogeyman.

You have to understand that I was very neurotic as a child. What–you say was?

Silently (because I was embarrassed to be doing such stupid thing), I would recite in my head before bedtime:

Why would I do this, pray tell? Because I interpreted this simple child’s prayer as a threat from God. Pray to me or I’ll snuff you in your sleep.

God was the monster under my bed. Or a Godfather extorting protection from the vulnerable.

I know that theists would object that this was a childish distortion of the intent of the prayer. But that’s the thing, to a child raised without religion, Christianity implants many nightmarish thoughts into their impressionable minds.

I also went through a period where I was terrified of the ground opening up and swallowing me into the pits of Hell.

God and the Devil Were the Monsters under my Bed.

My forays into fundamentalist fear-mongering were like sacrificing to a demon from foreign pantheon when you think your own are crocks. Fortunately, that made it relatively easy to eventually vanquished these implanted terrors.

I had always known they were ridiculous.

Episcopalian-raised Keith was also petrified of the Devil as an adolescent. (At least he grew up in the Christian tradition.) Though he was raised in a kinder, gentler form of Christianity, the horrors conjured by the fire-and-brimstone set haunted his imagination.

But of course Keith eventually grew out of these fears too…and Christianity.

Still, this atheist-leaning agnostic admitted to me that when it looked almost certain that I would die, he prayed. I’ve never asked him about it, but I think all but the most firebrand atheists wouldn’t blame him for this.

You can take the boy out of religion, but you can’t take religion out of the boy.

I don’t really feel qualified to have an opinion on this. Yet I’ll give it to you anyway. I think the emotional yearning for God never fully leaves many deconverts. Logically, they can’t accept the religion they were raised in. To them, the Great Big Genie in the Sky is an indefensible absurdity.

But like a overused whiteboard, the faint smudges of religious indoctrination can never be fully erased in them.

For as little as $1 a month, you can feed a starving writer. Please consider supporting my work on Patreon. 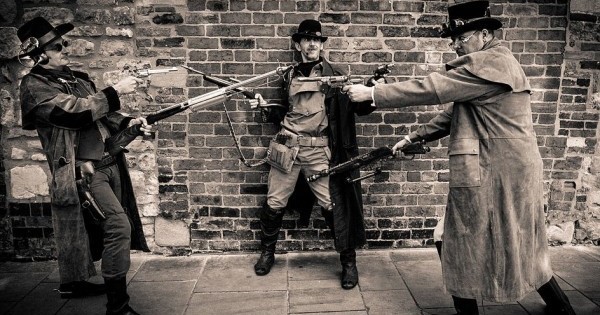 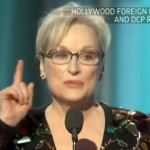 January 10, 2017 Meryl Streep's Golden Plea for Empathy
Recent Comments
0 | Leave a Comment
"The blog was absolutely fantastic! Lot of great information about how Music Therapy get you ..."
Monics Mery Music Therapy: Revealing Awareness and Awakening ..."
"Nixon didn't have the charisma that Trump does. So long as Republicans fear Trump's supporters, ..."
Nemo President Trump: Mimicking Nixon in More ..."
"does feal like that is the main diference between them, can anyone name any other ..."
noah johnson Lex Luthor is fiction, Donald Trump ..."
"Someone told me the internet in general has made people lose their compassion for other ..."
Brianna LaPoint Trolls: Warping the Internet into a ..."
Browse Our Archives
get the latest from
Nonreligious
Sign up for our newsletter
POPULAR AT PATHEOS Nonreligious
1