Citing the findings of the cable program, The X-People Files, President Trump has announced a major investigation into illegal zombie voters. According the show’s crack investigators, the Clinton campaign hatched a secret plan to bus millions of the undead to the polls on November 8.

According to the report, as many as five million zombies in varying states of decomposition were raised from their graves across the nation by a voodoo priest connected to the Obama administration.

Sources say that the corporeal conspiracy was saved from exposure by WikiLeaks because John Podesta was kept out of the loop for fear that he would turn up his nose (as well as hold it) at the innovative voter outreach campaign.

“Even Vladimir Putin hasn’t thought of reaching into the grave for voters,” an operative proudly boasted under a promise of anonymity.

But the zombie voters’ plot was diligently unearthed by X-People Files researchers.

According to lead investigator Vinnie Morgenstern, California poll workers at an undisclosed polling location smelled something was up. When one undead voter fed his ballot into the tabulating machine, his hand was sucked in with it.

In addition, the most decomposed zombie voters would stand next to anyone wearing a flag pin to send them fleeing from the polls in an effort to depress Republican turnout.

Morgenstern went onto report that many of the walking dead voters were also illegal immigrants.

“How could the poll workers tell?” I asked him.

“You know, they have that look.”

The president called me up right after he finished watching the program and demanded I announce a major investigation into undead illegal immigrant voter fraud. He said, “When Mexico sends its undead, they’re not sending their very best.”

But of course the administration is very concerned whenever red-blooded American corpses are revivified in order to vote illegally (even if their blood is coagulated).

As the president told me, “It stinks. And none of those zombie voters come to me. None of them. They all went to the other side.”

The investigation will be headed by Vice President Mike Pence. When called for a quote, the second in command said, “I’m appalled that the Clinton campaign would violate the sanctity of the grave to steal an election. Is nothing sacred to Democrats?”

When I pointed out that Trump/Pence ticket still managed to win the electoral college, Pence smiled and said, “Even a Jesus couldn’t have raised Hillary’s campaign from the dead after FBI Director James Comey sent his letter to congress.”

**In case this winds up being shared as fact by the credulous and cretinous, the above was a satire.** 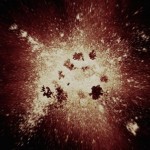 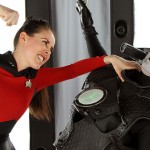 January 31, 2017 Resistance: Fighting Assimilation by the Borg (Bannon.Org)
Recent Comments
0 | Leave a Comment
"The blog was absolutely fantastic! Lot of great information about how Music Therapy get you ..."
Monics Mery Music Therapy: Revealing Awareness and Awakening ..."
"Nixon didn't have the charisma that Trump does. So long as Republicans fear Trump's supporters, ..."
Nemo President Trump: Mimicking Nixon in More ..."
"does feal like that is the main diference between them, can anyone name any other ..."
noah johnson Lex Luthor is fiction, Donald Trump ..."
"Someone told me the internet in general has made people lose their compassion for other ..."
Brianna LaPoint Trolls: Warping the Internet into a ..."
Browse Our Archives
get the latest from
Nonreligious
Sign up for our newsletter
POPULAR AT PATHEOS Nonreligious
1