I didn’t even know that there was such a thing as covert awareness. All I knew was that I had experienced it. 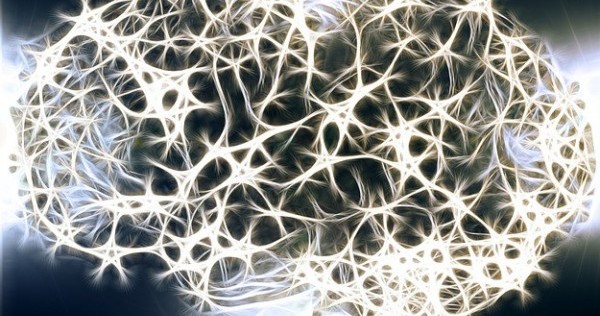 When first learned about covert cognition — also known as covert awareness — I simply wanted to add some solid science to what was at the time an essay so I could submit it to Skeptical Inquirer. The essay was about my supposedly miraculous recovery from my six-week coma and the things I heard and dreamt about during it, which my doctors thought impossible.

But for the playwriting team behind Plasticity, covert awareness is a plot point. **Spoiler alert!** This is not a review, however, but a reflection of my own experience as the protagonist of my personal coma drama.

When I learned of the play, which is currently playing in the Hudson Theatres — the same theatre complex where Keith and I saw our first play together, Julia Sweeney’s brilliant and hilarious, Letting Go of God — I was hoping against hope that the play would deal with covert cognition. In that respect, the play didn’t disappoint.

But too often, Plasticity substitutes flashy visuals and false drama for substance, providing a feeling of scientific authenticity for those without much knowledge about the subject. And, from my perspective, the play failed to investigate the deeper implications of the plight of the one-in-five consciousness disorder patients who experience covert cognition.

Okay, so they weren’t trying for an advocacy piece, which would hardly make for riveting drama. And, I must say that the star and co-writer, Alex Lyras, was quite good, inhabiting a variety of characters of numerous ethnicities.

Yet Keith and I never felt immersed in the story, nor involved in the characters despite the parallels with our experiences. The only times I felt emotionally involved was when the twin brother of the coma patient decided to pull the plug and when the play implied that the experience of covert awareness was an unending nightmare that would justify ending the patient’s “suffering.”

It occurred to me later that my experience was far more interesting than the story depicted in the play. As a writer of fantastical, satiric fiction, I’ve never been a big believer in the phrase “truth is stranger than fiction.” In this case, however, it might be appropriate.

McCaskill and Lyras never really even attempted to get into the head of the fought-over coma victim at the center of the piece. Though the play’s press release states that, “Plasticity takes the audience deep inside the mind of David Rosely, even as he lies in a coma,” we only see brief, surreal flashes of David’s mental life while trapped in his persistent vegetative state.

Lyras dons a fedora to do a credible impression of Frank Sinatra, as he croons, I’m Gonna Live Until I Die in a hospital gown. Get it? Get it?

Plasticity is suppose to experimental, but this symbolic interlude into the mind of vegetative patient didn’t approach the absurd surreality of my coma-dreams, as I peddled an ice cream-churning tricycle, then suddenly transforming into a human after I realized I was supposed to be one. Or a tea party of miniature zoo animals…

The designation of David’s vegetative state is another point of contention for me. Though the playwrights consulted with neurological experts, they still slipped up by confusing a minimally conscious state with a persistent vegetative state (though they were correct in depicting eye opening as beginning in the post-coma state).

Repeat after me: It’s coma, PVS, minimally conscious, and finally…”Hello, why am I in a hospital?”

Perhaps this is the difference between taking notes and diving in head first into the primary sources. From the press release:

Lyras and McCaskill, who directs, extensively researched the science of brain plasticity, conducting multiple interviews with doctors and scientists before committing the script to paper.

Simply referring to neurological concepts and name-checking the Glasgow Coma Scale wouldn’t have cut it for a Skeptical Inquirer article. Of course, I had a very personal motivation for my research. I wasn’t just researching an article, but myself.

Maybe I’m being a little unfair to Robert McCaskill and Alex Lyras. They didn’t have access to my specialized research inside the mind of a covertly aware vegetative patient. And, admittedly, some of their speculations were probably more likely than what happened to me.

Given the prevalence of faith, the odds are that another person who went through what I did would credit God for their recovery (as David does), even if, as the play posits, it was deep brain stimulation that was responsible for David’s ultimate awakening. Martin Pistorius believes God’s hand guided him as he slowly gained awareness and emerged into a locked-in state.

My attitude about my unlikely — but far from miraculous — recovery was caused by my long-time atheism.

Furthermore, I have to give the playwrights some credit. Earlier on, David’s level of awareness is improved by outside stimuli — the aforementioned withdrawal of life support. Mine was jumpstarted by the performance of an MRI and being moved to a nursing home.

Close enough, though this bit of verisimilitude may well have been coincidental dramaworks.

And, to be fair, the briefly sketched portrait of David Rosely’s post-awakening rehab was more plausible than my own remarkable recovery. It was far more likely that I would’ve, like David, required intensive cognitive therapy and been permanently confined to a wheelchair. After all, that’s what happened with Kate Bainbridge.

Okay, I get it. I am a fiction writer after all. Loading down the play with excessive doses of science would’ve bogged down what was intended to be a work of experimental theater. As Keith later pointed out, having too much knowledge interfered with our enjoyment of the play.

Hell, I would’ve referred to orderlies until I learned from personal experience that they are now called CNAs. And did it really matter to the audience’s understanding of the story which level of consciousness came first?

Probably not. But I worry that, if anyone in the audience is ever faced with the choice of removing life support from a comatose relative, they will think back to Plasticity and know nothing of the hopeful information I’ve endeavored to disseminate.

Yes, I’m happy that thousands of people have at least been exposed to the concept of covert awareness, though for audience members it may have been hard to distinguish actual science from speculative musings.

Plasticity makes stabs at explaining the changes in neuroscientific understanding from the days when it was believed that damaged brains would never recover. Yet, in the end, the playwrights resort to a scientific deux ex machina plot device.

If they had known about my case, they could’ve used David’s recovery as a reinforcement of the play’s theme of neurological plasticity. For going on four years, my brain has been busily rewiring itself (with a major assist from my ongoing exercise/hiking physical therapy regime).

My recovery didn’t require God, nor an outside, deep-brain stimulus. It was evolution in action, plus my inner determination to regain everything I lost.

February 10, 2017
Darwin's Day: 4 Snapshots from the Evolution of Evolution
Next Post 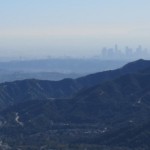 February 17, 2017 The Longview: Why I Hope Trump Isn't Impeached
Recent Comments
0 | Leave a Comment
"The blog was absolutely fantastic! Lot of great information about how Music Therapy get you ..."
Monics Mery Music Therapy: Revealing Awareness and Awakening ..."
"Nixon didn't have the charisma that Trump does. So long as Republicans fear Trump's supporters, ..."
Nemo President Trump: Mimicking Nixon in More ..."
"does feal like that is the main diference between them, can anyone name any other ..."
noah johnson Lex Luthor is fiction, Donald Trump ..."
"Someone told me the internet in general has made people lose their compassion for other ..."
Brianna LaPoint Trolls: Warping the Internet into a ..."
Browse Our Archives
get the latest from
Nonreligious
Sign up for our newsletter
POPULAR AT PATHEOS Nonreligious
1