Will Trump’s Ego Save Us from Someone Worse–Steve Bannon?

Will Trump’s Ego Save Us from Someone Worse–Steve Bannon? February 7, 2017 Stephanie Savage

As reprehensible as President Trump’s policy goals are, the thought of Steve Bannon pulling his strings is even worse. When I read that Trump wasn’t fully briefed on the contents of the executive order he signed to give Steve Bannon a permanent seat on the National Security Council‘s “principals committee,” it sent a shiver down my spine.

If that doesn’t scare the drek out of you, perhaps it’s time to see a gastroenterologist.

This is uncomfortably reminiscent of Dick Cheney’s manipulations of George W. Bush, which led us into the disastrous Iraq War. After all, Bush was equally incurious about policy details and thus putty in the hands of a sinister Svengali like Cheney.

It’s hard to fathom, but Steve Bannon is actually far worse than Dick Cheney, who actually condemned the Muslim ban as being “against everything we stand for.”

Let that sink in for a minute. The Trump administration is even too extreme for Dick Cheney.

Yet the extremest of the extremists are tempting fate in their hunger to dominate Trump administration policies. The Donald’s ginormous ego is like an overinflated balloon–it’s stretched so thin that the slightest bump can make it explode.

Wounded by leak-fueled negative news reports and SNL jokes about Bannon being the sinister power behind Trump’s throne, The Donald has begun to push back. He’s tasked Reince Priebus with creating a more traditional White House power structure, putting the Chief Executive back into executive orders by involving him earlier in the drafting process.

Is this supposed to make me feel less scared? you may be thinking. No, no, and No.

Steve Bannon: The Dark Aide of the Force

We’re talking the difference between Darth Vader and Emperor Palpatine here. At least Darth Vader kept a foot on the light side of the force (or maybe a pinkie toe). Though you really, really wouldn’t want to cross him.

Australian Prime Minister Malcolm Turnbull is lucky he was on the other side of the world during his abruptly ended, fraught phone call with President Trump.

If Donald Trump is someone you wouldn’t want within a 100 yards of the White House, Steve Bannon shouldn’t even be in the same hemisphere.

After all, if a Muslim coming into the US had vowed to blow up the American system, he or she would at the very least be put on the no-fly list, whether or not this particular political terrorist was from one of the seven countries listed in the travel ban memo.

Despite Trump’s Twitter blustering about his poor poll numbers being fake news, it’s clear that he follows measures of his popularity closely. If he didn’t, he wouldn’t have started darkly hinting about the election being stolen from him in the closing weeks of the presidential campaign.

Is there any doubt that Trump would cut ties to Bannon in a New York minute if it became clear that the white nationalist was damaging his popularity?

And here is where you can help build a great, beautiful wall between Bannon/Miller and the president. It’s a small measure, admittedly, but would bring the personal satisfaction of making your own personal act of resistance from the comfort of your home.

A We the People petition to ask Donald Trump to release his tax returns in order to prove he isn’t violating the constitution’s emoluments clause has now garnered over half a million signatures with twelve days to go. It only needed 100,000 signatures for the petition to be presented to the White House.

So much for Trump’s claim that the American public doesn’t care about his tax returns.

This petition system was an open government policy instituted by the Obama administration on the first full day after his inauguration. Take advantage of it while we can, before the Trump administration finds a way to quietly smother it.

Yet anyone can create their own petition. It’s quite easy to navigate the system (I tried it myself, though I stopped short of the final step).

If someone published a We the People petition requesting the removal of Bannon from his permanent seat on the National Security Council, it would be…utterly impotent (much like Trump may be thanks to the drug he takes to retain his Cheeto hair). But it would be a moral victory nonetheless if the petition gathered at least 100,000 signatures and was delivered to the White House.

Furthermore, I believe the growing #resist movement should focus at least as much on Trump’s most dangerous, white nationalist aides, who are pushing the president toward their reactionary wet dreams. If Bannon and Miller continue to create political embarrassments, end runs around agencies, and other naked power grabs, Trump will eventually conclude that he has to look out for what’s most important to The Donald: Himself.

To the president, the only thing that truly matters is He the People. And in the end, he’ll do everything in his power to protect and defend the United States of Trump. 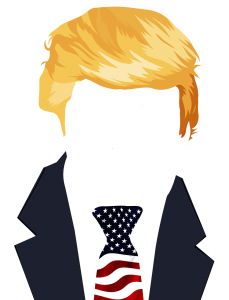 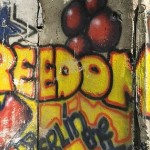 February 10, 2017 Darwin's Day: 4 Snapshots from the Evolution of Evolution
Recent Comments
0 | Leave a Comment
"The blog was absolutely fantastic! Lot of great information about how Music Therapy get you ..."
Monics Mery Music Therapy: Revealing Awareness and Awakening ..."
"Nixon didn't have the charisma that Trump does. So long as Republicans fear Trump's supporters, ..."
Nemo President Trump: Mimicking Nixon in More ..."
"does feal like that is the main diference between them, can anyone name any other ..."
noah johnson Lex Luthor is fiction, Donald Trump ..."
"Someone told me the internet in general has made people lose their compassion for other ..."
Brianna LaPoint Trolls: Warping the Internet into a ..."
Browse Our Archives
get the latest from
Nonreligious
Sign up for our newsletter
POPULAR AT PATHEOS Nonreligious
1