The GOP seems to going into the five stages of grief over their epic Trumpcare fail. Most people experience these emotions one at a time, but the Republican Party has scarfed down a mashup of all of the above combined. 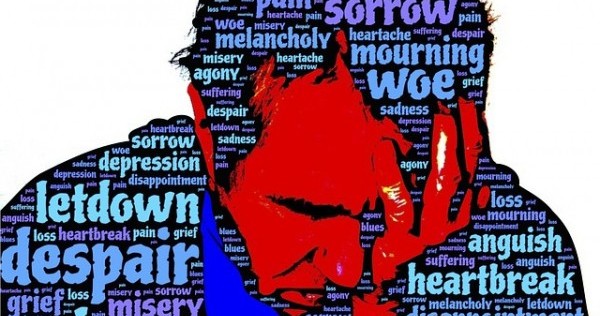 Not surprisingly, President Trump skipped directly to Anger. Within a span of a few hours, he absurdly blamed the Democrats for not supporting the dismemberment of President Obama’s signature achievement. Then, he switched to inviting his 27 million Twitter followers to tune into Jeanine Pirro’s Fox News show…9 hours before she called for Paul Ryan’s resignation.

Now, The Donald is calling for moderate challengers against Freedom Caucus members in the 2018 midterm election. At least he’s targeting the true culprits responsible for the Trumpcare fail…even if he is shooting his own party in the foot.

Paul Ryan, took a more common approach by starting with Denial as he delayed votes and made concession after concession to the Freedom Caucus he knew would scuttle the AHCA’s chances in the senate. Anger-tinged Acceptance followed after he pulled the hapless act, as Ryan edged toward glum Depression.

The speaker is presently making noises about Bargaining to revive the AHCA, though it seems like this is actually a manifestation of Denial. While the type of Bargaining Democrats have in mind involves working to actually improve Obamacare, instead of replacing it with something far worse.

Tom Price, on the other hand, is stuck in Denial. And his testimony Wednesday before the House Appropriations subcommittee was enough to plunge everyone whose healthcare is imperiled into Depression.

Not content to wait for Obamacare to explode, as his boss has pined, Dr. Price is pulling out his scalpel to mortally wound the patient under his care. Indeed, the Secretary of Health and Human Services is planning to do anything in his power — and some that probably aren’t — to actively undermine the ACA marketplaces.

The final version of the AHCA gutted Obamacare essential services, but Tom Price will instead bleed these necessary services in the guise of saving the patient. Yet that’s only the beginning. According to the Washington Post:

Insurers are particularly anxious to know whether the cost-sharing subsidies that help lower-income people to afford their out-of-pocket costs, which House Republicans have challenged in court as illegal, will continue. According to the Congressional Budget Office, those federal payments will total $7 billion this year and $10 billion in 2018.

Price noted that as secretary he is now the named defendant in the lawsuit, and “I’m not able to comment.”

In other words, we’re trying to figure out how we can kill cost-sharing subsidies without getting the blame for the collapsed insurance markets. Trump may boast that Democrats will own the death of the ACA, but even he must know that the people would notice the needle in its veins.

Trump may not have been a politician before he ran for president, but he has the instincts of a natural-born demagogue. The AHCA had an approval rating of 17%. Only 42% supported it.

Other Republicans are grudgingly moving to Acceptance. Rep. Tom Cole, who chairs the Appropriations subcommittee Price was testifying before, has expressed openness to the idea of providing cost-sharing subsidies. Though he cautions that the decision would lie with the House leadership, he said:

It’s probably the right thing to do, I think. Otherwise you’re going to have insurance companies exiting the market

Another Upside of the Trumpcare Fail

Meanwhile, GOP-controlled states that rejected participation in the Obamacare marketplaces for political reasons are rethinking the loss of ACA-aid to their working class constituents…and to state coffers. The argument had been that the GOP would eventually repeal Obamacare or the Medicaid expansion would run out of funds. Why give tacit support to a program we don’t agree with, from a Democratic president we despise?

Yet, now that repeal-and-replace is almost certainly kaput — and with Barack Obama out of office and a Republican in his stead — the calculus has suddenly changed.

The Republican-controlled legislature of Kansas was already planning to take up the issue of Medicaid expansion before the failure of repeal and replace. Still, the Trumpcare fail put wind in the sails of the effort, though it still faces the hardline headwind of Governor Sam Brownback.

Bankrupting Kansas apparently wasn’t enough for Brownback. He vetoed the measure, which easily sailed through both conservative-majority chambers. Leaders of the KanCare expansion effort will be drumming up support for a veto override this weekend.

Kansas is unlikely to be the last place where GOP opposition softens as Republicans process the reality that Obamacare is the law of the land. The benefits are so clear, the costs to states are so low, the reasons to continue resisting are so insubstantial.

Indeed, Georgia and Utah are asking for waivers in order to structure their Medicaid expansion along more conservative lines than the Obama administration would’ve allowed. Though I imagine that Price would prefer that no states would be saying us too!, it seems likely that he would be amenable to the sort of eligibility restrictions these Republican states are requesting.

What’s more, a Medicaid expansion referendum is on the November ballot in Maine. And Democratic governors in Virginia and North Carolina are renewing efforts to push expansion through hostile Republican legislatures.

While Ryan, Trump, and Price will do everything in their power to undermine the ACA, the healthcare entitlement already well-established in every other major industrial nation will be slowly entrenching itself in the US (albeit not nearly as universal as in those more enlightened nations). Though the Trumpcare fail has inspired a renewed push on the left for “Medicare for all.”

Republicans can remain in Trumpcare fail Denial as long as they want. Acceptance will eventually come.

Then, the rest of us will be able to move on to Hope. 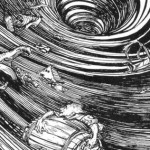 March 29, 2017
Trumpcare Fail Aftermath: 50 Ways to Lead to a Death Spiral
Next Post 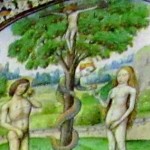 April 4, 2017 Appetite for Violence: Good and Evil Live Within Us All
Recent Comments
0 | Leave a Comment
"The blog was absolutely fantastic! Lot of great information about how Music Therapy get you ..."
Monics Mery Music Therapy: Revealing Awareness and Awakening ..."
"Nixon didn't have the charisma that Trump does. So long as Republicans fear Trump's supporters, ..."
Nemo President Trump: Mimicking Nixon in More ..."
"does feal like that is the main diference between them, can anyone name any other ..."
noah johnson Lex Luthor is fiction, Donald Trump ..."
"Someone told me the internet in general has made people lose their compassion for other ..."
Brianna LaPoint Trolls: Warping the Internet into a ..."
Browse Our Archives
get the latest from
Nonreligious
Sign up for our newsletter
POPULAR AT PATHEOS Nonreligious
1