Access to healthcare is only part of the problem, as you well know, Mr. President. People who aren’t billionaires (if you are in fact one) have access to Rolls Royces, but can they actually afford to make the payments? And if you really cared about improving healthcare access, you wouldn’t be pushing Medicaid block grants, which are purpose-built to starve Medicaid of funds.

States will eventually be forced to lock out tens of millions of needy recipients.

In his address to the joint session of congress, President Trump promised to continue to ban pre-existing condition exclusions. That has long been an issue dear to my heart, which is one of the few organs that still works well.

Yet eliminating pre-existing condition exclusions means nothing if insurers are allowed to charge you your first born, right arm, a leg, and an organ to be named later.

The situation for people in my boat would actually far worse than it was before the ACA. At least then you could often purchase insurance that excluded a particular condition. In my case, it might only cover that healthy heart, plus my appendix and gallbladder. Every other organ is afflicted with a condition or has been damaged in some way.

According to The New Yorker:

Twenty-seven per cent of non-elderly adults have a preëxisting condition that makes them effectively uninsurable without the law’s (the ACA’s) protections.

Compared to many in this cohort, I might seem relatively safe because I’m on Medicaid. After all, I was already on Medi-Cal — the California version of Medicaid — before Obamacare. And, in any case, I’m “fortunate” enough to be poor enough to qualify even if (or when) the Medicaid expansion is rolled back by the Republican plan.

The same can’t be said for the 14.5 million people who gained insurance thanks to expanded Medicaid and Children’s Health Insurance Program (CHIP) eligibility under Obamacare. These are the people who fell through the cracks before the ACA. They earn too much for Medicaid and CHIP, but too little to be able to afford health insurance without assistance.

That’s a sizable chunk of the twenty million people who gained coverage thanks to Obamacare, though as many as a quarter to a half may have qualified for these programs all along.

If — and this is a BIG if — these people are informed that they’re still qualified, they’ll be in the same uncertain boat as the rest of the Medicaid/CHIP recipients. In his speech, Trump jumped aboard the Medicaid block grant ship…and took their life raft with him.

Medicaid Block Grants: The Middle Word Says It All

As the president used language straight from the Paul Ryan playbook, the Speaker of the House looked like he was slavering over a big, juicy steak after Lent.

Actually, that’s a terrible metaphor. Cows are fattened for the slaughter. Medicaid block grants would put the program on a starvation diet, leaving little meat on the bone for anyone scrapping for a meal.

And that’s the idea.

If conservative had their druthers, they would destroy Medicaid in one fell swoop. Medicaid block grants are the equivalent of a slow-acting poison. After receiving block grants, states will be forced to tighten eligibility and cut services. And slash again when the cost of healthcare goes up exponentially faster than the rate of inflation.

What are the odds of that not happening?

And in economic downturns, when millions lose their jobs and insurance, states will be unable to cover the burgeoning demand. Furthermore, would the state allotments fully account for differing needs? Will an expensive state like California receive as much as, say, Texas?

Conservatives don’t believe healthcare is a human right. Are there no poorhouses? Let the poor throw themselves on the mercy of hospitals. Or die on the streets.

The GOP may be hungering for Medicaid block grants, but it’ll be the recipients being led to the charnel house. 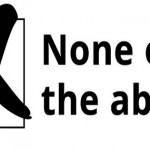 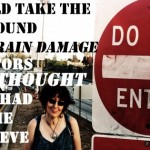 March 6, 2017 Meme, Myself, and I
Recent Comments
0 | Leave a Comment
Browse Our Archives
get the latest from
Nonreligious
Sign up for our newsletter
POPULAR AT PATHEOS Nonreligious
1