Trumpcare Fail Aftermath: 50 Ways to Lead to a Death Spiral

In the wake of the GOP repeal-and-replace debacle, President Trump and Paul Ryan have darkly warned that Obamacare is in a death spiral. Again. Yet, 24,000 Americans will remain alive every year now that the “cartoonishly malicious” AHCA kicked the bucket.

The same CBO report with that grim mortality projection also stated that the Obamacare was not in fact on life support. It found that the ACA marketplaces were stable in most regions. Furthermore, the insurance company withdrawals and premium increases of 2016 — the main pieces of “evidence” Republicans use to bolster their claim that Obamacare is in a death spiral — were likely temporary blips.

According to an Upshot analysis:

I’ve been careful to not call the AHCA “healthcare reform.” In actuality, it’s aim was to deform healthcare. And give a massive tax break to the rich bourne on the shoulders of the poor, sick, and aging.

But it’s too soon to heave a sigh of relief.

While the ACA isn’t imploding…on its own, President Trump has the power to set the chain reaction in motion. Tom Price — the man with the plan (the AHCA was based on) — is still the person who will be tasked with overseeing the administration of Obamacare. Fox, meet chicken coop.

Trump himself has mused wistfully about reaping the political benefits of the supposedly impending Obamacare explosion.

Though a dispirited Ryan declared Obamacare the law of the land after he pulled the AHCA, he is making noises about starting over again. Some are worried that after seven years of stirring up their base about the evils of the ACA, they’ll face challenges from the right of the sort that dethroned House Majority Leader Eric Cantor.

But it’s hard to imagine that Ryan could draft a plan that would please both the wild-eyed archconservatives of the Freedom Caucus (such as Cantor usurper David Brat), and the moderate conservatives in the Tuesday Group.

See also: Ryancare: The Dog That Caught the Car…and Was Run Over by It

And let’s not forget that even before the AHCA jettisoned the compromises intended to mollify moderates, it was facing probably insurmountable opposition from both wingnuts and moderates in the senate, where the GOP has a razor-thin majority.

Meanwhile, Republicans in swing districts that went for Hillary are worried that their support for the increasingly draconian AHCA will cost them their seats in the 2018 midterm election. Midterms, if you’ll recall, tend to be referendums on the ruling party. This was a lesson President Obama learned to his lasting regret.

Personally, I’m now feeling a bit less worried about the GOP healthcare deform efforts. If they really do try to restart repeal-and-replace, they’ll be edging closer to the 2018 election.

Nancy Pelosi is licking her chops at that prospect.

I’ve said that people on Medicaid are powerless, but that proved to be not entirely accurate. Many moderate Republicans — especially those from Medicaid expansion states — read with dismay the CBO estimate of 14 million people losing Medicaid and the aforementioned 24,000 deaths every year. The numbers were too shocking for moderates like the House’s Tuesday Group and Sen. Susan Collins to ignore.

Yet there are countless other ways that Trump and Price can still harm the poor and sick on Medicaid that don’t require a congressional vote. Many of the changes made to the AHCA in a vain attempt to garner Freedom Caucus support can easily be implemented from the White House.

The Washington Post’s Greg Sargent laid out some of the tactics Trump et al can use to push the ACA into a death spiral.

If Trump wants, he can unleash serious damage by undermining the individual markets in three ways. Insurers currently making decisions will closely scrutinize signs from the administration to gauge those markets’ long-term viability. His administration can weaken the individual mandate through various mechanisms, which would mean fewer younger and healthier people and higher premiums. It can pull back on all forms of outreach designed to get people to enroll on the marketplaces. Or it can stop paying “cost-sharing reductions” to insurance companies, which enable them to reduce out-of-pocket costs for lower-income enrollees, which may encourage insurers to flee the markets.

Furthermore, though they can’t eliminate essential benefits, as the final version of the AHCA did, they can loosen requirements and freely grant waivers to states. Policies such as premiums and other forms of cost-sharing, as well as implementing work requirements have been shown to drastically reduce Medicaid participation rates.

Family caregivers, the disabled not on Medicaid disability, mothers of disabled children, the opioid-addicted, and former felons all have difficulty working or finding jobs. For others, Medicaid actually helps them to continue working.

Royale Theus would be forced to give up his job if Medicaid didn’t pay for his disabled mother’s daycare. Medicaid paid for a job coach for Christopher Goodloe and continues to support a home aide for his more intellectually disabled twin. They both suffer from genetic disorder called tuberous sclerosis.

Without Medicaid, Myrone Pickett wouldn’t be able to pay for his monthly shot of Vivitrol, which helps him control his heroin addiction. Medicaid also pays for the medication to control his bipolar disorder. Together, these treatments help him to continue working.

According to Hannah Katch, of the Center on Budget and Policy Priorities:

Because Medicaid works as a work support, [a work requirement] would be a bit of a vicious cycle,” Katch told me. She outlined a scenario where a hypothetical poor coal miner in West Virginia suffers from two problems rather common to those in his occupation and region—back problems and associated opioid use. He fails to secure work thanks to the back troubles, the addiction, or lack of treatment for either. If he were subject to a work requirement, said coal miner might be kicked off the very program—Medicaid—that pays for treatment that might allow him to re-enter the workforce. That could lead to a downward spiral of sickness and poverty. Medicaid, like the rest of the American safety net, is intended as a failsafe for those not able to find work, and taking it away for those who cannot work subverts its purpose.

And let’s not forget the employment difficulties in a recession, when there would also be a surge of the newly Medicaid-qualified unemployed, assuming that the GOP remains stymied in their attempts to rip out Obamacare “root and branch.”

But as I said, there are many things Trump can do short of that to send Obamacare into an artificial death spiral. He’s already taken steps to weaken the insurance mandate. As the the sick become a larger share of marketplaces, rates become ever more unaffordable. That’s the very definition of death spiral used in the insurance industry.

Insurance companies are now drawing up their 2018 rates and deciding whether to participate in ACA marketplaces. They’re watching for signs of administration support or sabotage before making their commitments.

For the poor, a simple stroke of a pen could lead to an all too real death spiral. 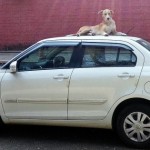 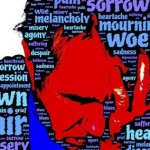 March 31, 2017 The Five Stages of Republican Trumpcare Fail Grief
Recent Comments
0 | Leave a Comment
"The blog was absolutely fantastic! Lot of great information about how Music Therapy get you ..."
Monics Mery Music Therapy: Revealing Awareness and Awakening ..."
"Nixon didn't have the charisma that Trump does. So long as Republicans fear Trump's supporters, ..."
Nemo President Trump: Mimicking Nixon in More ..."
"does feal like that is the main diference between them, can anyone name any other ..."
noah johnson Lex Luthor is fiction, Donald Trump ..."
"Someone told me the internet in general has made people lose their compassion for other ..."
Brianna LaPoint Trolls: Warping the Internet into a ..."
Browse Our Archives
get the latest from
Nonreligious
Sign up for our newsletter
POPULAR AT PATHEOS Nonreligious
1

The Tower of Babel, Immigration, and...
A Tippling Philosopher
Related posts from Miracle Girl