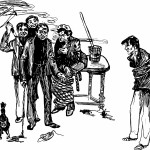 than a zombie flick. That’s a nice heathcare system you have here; pity if something should happen to it. And if you ever want to see your Obamacare again, pay me $21.6 billion in unmarked bills for my big, beautiful wall.

Of course, this godfather is having a bit of trouble making offers the Democrats can’t refuse. Er, did I say wall? I meant drones.

Indeed, drones are fitting, since I think I think Trumpcare 3.0 most resembles the undying killing machines of the Terminator films. Like the Terminator, after seemingly melting down and refusing to die in sequel after sequel, Zombie Trumpcare will continue to wreak havoc as long as there’s money to be made for the already rich.

Perhaps a better metaphor involves a cute story from my childhood.

When I was a small child, my uncle explained to me that Beethoven wrote most of his works after he was dead. At least, that’s what I thought he said.

This puzzled me. As I attempted to work it out, I imagined Beethoven keeling over dead by the side of his piano. Reviving suddenly, he would jot down a few lines of musical notes before dropping dead again. Rinse and repeat until his composition was finally completed.

Now that’s dedication to your art.

Similarly, Zombie Trumpcare awoke from the dead just long enough for a few lines to be added to appease the tea party zealots of the Freedom Caucus before congress’s Easter recess. The main purpose was to provide talking points when they returned home empty handed.

This reanimated AHCA would gut the president’s promise to preserve Obamacare’s prohibition against pre-existing condition exclusions. It would allow states to eliminate “community ratings” preventing the sick from being charged more than the healthy and even permit states to kill guaranteed issue. That does exactly what it sounds like — it’s the provision preventing insurance companies from barring the very people who need healthcare the most.

In place of these protections, the walking dead AHCA would revive the moldering corpse of risk pools. But as I said, this seemingly last gasp of Zombie Trumpcare was an ass-covering dodge for the folks at home. (For one of the architects of the AHCA, Oregon Republican Greg Walden, however, it made for a less-than-friendly homecoming.)

So, that was the end, right? Time to hold the memorial service and bury the AHCA’s once and for all. Indeed, after Trumpcare’s death, its namesake vowed to move on to massive tax cuts and infrastructure investment.

But — don’t look now! — what’s that pulling itself up from the ground again?

There are two main reasons for the repeated revivification of Zombie Trumpcare. The first is that the Republicans have been lying about the horrors of Obamacare for seven years. Their base expects to be delivered from this “job killing” monster.

Yet the GOP can’t square the circle between the compromise-is-treason tea partiers and moderate conservatives such as the Tuesday Group, who align more closely with the moderate Republicans in the Senate.

But here’s the rub: The GOP would be unlikely to pass welfare for the wealthy — in the form of massive tax cuts — if they can’t wring the money from Obamacare. This reverse Robin Hood scheme is the only way they’ll be able to afford to fill the trough for their donor class without hugely exploding the budget deficit.

Unable — or unwilling — to see his weak position, the president threatened to withhold Obamacare cost-sharing subsidies if the Dems refused to fund his wall in this week’s budget negotiations.

Said the president in The Wall Street Journal:

Without the payments, Obamacare is gone, just gone.

In this he is sadly correct (for a change). Absent these cost-sharing reductions, insurance premiums would skyrocket for everyone in the ACA marketplaces.

It’s a high-stakes game of chicken, with the health of 12.7 million at stake.

But the Dems aren’t biting. As Sen. Ron Wyden said,

[Democrats] will not negotiate with hostage takers.

Indeed, after the Democratic leadership called the president’s bluff, he blinked…again. The Donald is now hinting that full funding for the wall may be postponed until the fall.

And there are more than a few Republicans blanching at the idea of destroying the ACA marketplaces. The prospect of an electoral hanging concentrates the mind wonderfully.

Among these Republicans nervously looking over their shoulders is Greg Walden, the Oregon pol who received an earful at his town hall. Influentially, Rep. Tom Cole, head of the House Appropriation subcommittee (which is responsible for healthcare policy) said of continuing cost-sharing subsidies:

It’s probably the right thing to do, I think. Otherwise you’re going to have insurance companies exiting the market.

Cole has, however, carefully played down this opinion, saying that the ultimate decision lay with the House leadership. Indeed, all Ryan and Trump would have to do to kill Obamacare would be to drop the appeal of a decision in a case brought by the House against the Obama administration challenging the subsidies.

In a classic example of “be careful what you wish for,” the Republican GOP majority sued the Obama administration, claiming that President Obama had usurped congress’s power of the purse. The ruling is stayed as the appeal wends its way through the court system.

The next court date is May 22.

The question remains, will Trump’s hunger for a win — any win — outweigh the risk of electoral losses in 2018 in his coldly calculating and inward-directed mind. I think for some of the moderate Republicans, at least, they may be concerned about the human costs, as well.

But it’s concerning that the newest revivification ritual is being conducted by, respectively, the chairman and co-chairman of the Freedom Caucus and the moderate Tuesday Group. The new undead AHCA would allow states to request waivers from essential benefits, as well as community ratings, which forbid insurers from charging the sick more than the healthy.

Without community rating, insurance would be unaffordable to all but the richest of the sick. In the place of this crucial protection would be the tried-and-failed idea of risk pools.

The betting is still that zombie Trumpcare will sink once more into its fetid grave. In fact, the Dems have sought assurances that cost-sharing subsidies will continue as a condition of not blocking the continuing budget resolution.

Still, Trump’s hunger for a win at any cost means the poor and sick will continue to watch their backs for this undying healthcare killer.

For them, Trumpcare could be an all-too-real Terminator. 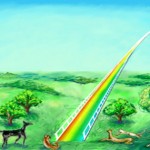 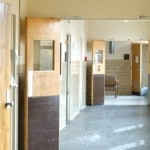 April 28, 2017 Trumpcare or Shtupped Care: Replacing Obamacare with No Care at All
Recent Comments
0 | Leave a Comment
"The blog was absolutely fantastic! Lot of great information about how Music Therapy get you ..."
Monics Mery Music Therapy: Revealing Awareness and Awakening ..."
"Nixon didn't have the charisma that Trump does. So long as Republicans fear Trump's supporters, ..."
Nemo President Trump: Mimicking Nixon in More ..."
"does feal like that is the main diference between them, can anyone name any other ..."
noah johnson Lex Luthor is fiction, Donald Trump ..."
"Someone told me the internet in general has made people lose their compassion for other ..."
Brianna LaPoint Trolls: Warping the Internet into a ..."
Browse Our Archives
get the latest from
Nonreligious
Sign up for our newsletter
POPULAR AT PATHEOS Nonreligious
1