Say hello to the AHCA, passed in the House with an overwhelming margin of one extra vote. And say goodbye to healthcare if you have a pre-existing condition.

The final goodbye may be the GOP’s.

For Republican hardliners, the sick have only themselves to blame if they lose access to healthcare. Their original sins were eating of the forbidden fruit of fatty foods or smoking the Cancer Stick of Good and Evil. It’s therefore right that they should pay for their conditions, both figuratively and literally. 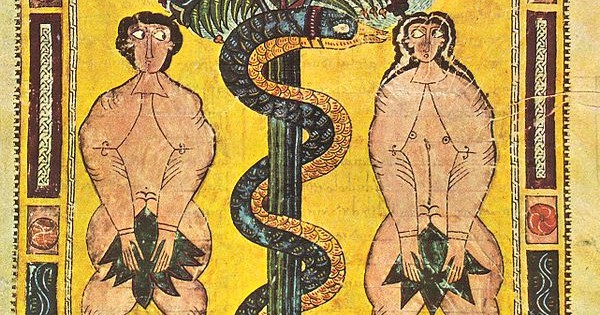 It [The AHCA] will allow insurance companies to require people who have higher healthcare costs to contribute more to the insurance pool that helps offset all these costs, thereby reducing the cost to those people who lead good lives, they’re healthy, they’ve done the things to keep their bodies healthy. And right now, those are the people who have done things the right way that are seeing their costs skyrocketing.

What of Jimmy Kimmel’s newborn son, Billy, born with a nearly fatal heart disease? What was Billy’s health-related faux pas? Did he gain too much weight as he gestated? Was he a womb potato?

At least Billy has the good fortune to have been born to a rich celebrity dad. Zoe Lihn’s hypoplastic left heart syndrome required that she undergo open heart surgery at the ripe old age of 15 hours.

When we received Zoe’s diagnosis, I had coverage under my employer’s’ plan, but we had a lifetime cap on our policy. It’s very expensive. Obviously having three open heart surgeries before the age of 5, she was going to hit that lifetime cap and likely at a very young age.

And needless to say, having a congenital heart defect means Zoe was born with a pre-existing condition. What did she do in the womb to seal her fate — kick her mother too many times?

13-year-old Erin Potter has been battling leukemia for even longer, since the age of 3. Surely she did something to bring about her life-threatening pre-existing condition as she went through toilet training.

My mom one time told me that some of the country thinks she gave birth to an uninsurable baby,” she says with a wink and smile.

Or what of me, a very active — indeed hyperactive — 11-year-old who contracted a virus out of the blue that damaged my lungs. What did I do to cause that? Was God punishing me for being raised an agnostic?

What of all the adults who develop catastrophic health problems through no fault of their own? Does anyone deserve brain cancer, like 50-year-old children’s book author Fran Cannon Slayton? And what did I do to make myself develop a life-threatening autoimmune disease.

Was my hygiene too good?

While the embarrassed Adam and Eve in the featured image chose huge leaves to cover their privates after God’s body shaming, the GOP only required a microscopic fig leaf to cajole enough House members to vote for the AHCA. A piddling extra 8 billion dollars — for a risk pool that will cost hundreds of billions more than allotted — was all it took for so-called moderates to claim that those with pre-existing conditions would still be protected.

That’s like undergoing open-heart surgery and having the surgeon slap a small band-aid over your gaping incision. Hey, stop complaining — at least you’re wound is covered!

See also: Trumpcare or Shtupped Care: Replacing Obamacare with No Care at All

The wound to Republicans will continue to fester, but the bleeding may begin in earnest during the midterm elections in 2018. Many House members represent districts won by Hillary Clinton. And though the Democrats face an unfavorable map in 2018, the AHCA could be the secret sauce that saves Red State Democrats.

So when does this piece turn to payback? At next year’s election, this bill will wake up the threatened middle class voters across the country.  It may be argued that only in a limited number of districts will Republican moderate Congressmen face retribution from their swing-district constituents.  After all, the country is gerrymandered to the point that there are not that many vulnerable Republican Congressmen.  And some of them will say they voted against the bill.

However, in the Senate, there is a different story. Over 20 of the 33 Senators up for election next year are Democrats.  Democrats may worry if they can hold those seats.  The answer is that the House bill is so threatening, so frightening, that angry voters will flock to the polls to vote in those races, too.

That was certainly the take of House Democrats, who trolled Republicans by singing, as they mockingly waved goodbye:

The AHCA will find even rougher sailing in the Senate, with its whisper thin GOP majority and many expansion state senators worried about the way the AHCA eviscerates the healthcare of so many of their constituents … and their own electoral chances. Furthermore, while Paul Ryan rushed a vote before the CBO could issue a revised estimate of the costs — both human and budgetary — of the AHCA.

Mitch McConnell won’t be so lucky. And then there is the very real possibility that the Senate parliamentarian will rule that Trumpcare violates the Byrd Amendment, which forbids anything non-budgetary in a reconciliation bill (which only requires a simple majority to pass).

McConnell can only lose two votes. Enough senators have announced opposition to elements of the AHCA that it starts with a vote deficit.

Yet, as the repeated reanimation of zombie Trumpcare has shown, you can’t underestimate the GOP’s capacity for craven tuchas-covering. 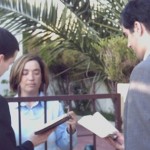 May 2, 2017
Jehovah's Witnesses: Hell on Earth Before My Morning Coffee
Next Post 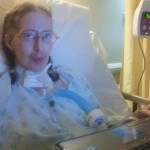 May 10, 2017 Covert Awareness Club: Coma Comradery in the Internet Age
Recent Comments
0 | Leave a Comment
Browse Our Archives
get the latest from
Nonreligious
Sign up for our newsletter
POPULAR AT PATHEOS Nonreligious
1