During my coma, Keith told me was that when I recovered, I could write a blog so I could help other comatose patients and their families. He was trying to give me motivation to wake up.

Yet, to my doctors, that pep talk was a pipe dream — the fantasy of a boyfriend in denial. They believed Keith was wasting his time talking to a vegetable who would never wake up — or even survive — let alone write again.

Spoiler alert! — they were wrong.

Unfortunately, I don’t remember Keith’s repeated coma blog monologues because my covert awareness was hit and miss, as my consciousness faded in and out. But, as it turned out, after my awakening the blog idea “fantasy” become a reality.

Coma Chameleon: My Recovery Chronicles has mostly gone fallow now that my recovery is nearly complete. (If you want to check it out, go to the beginning of the blog; lately I’ve been using Coma Chameleon as free advertising for Miracle Girl posts.) But the real reason I keep the blog up is as an information resource.

For instance, the makers of my Passy-Muir talking/eating valve told me that they were planning to send patients to my relevant posts because I wrote about my speaking struggles extensively.

Yet the most gratifying responses I’ve received have come from coma survivors. A few former patients have thanked me because my posts helped them deal with their feelings about their experiences.

Keith was right that I would love nothing more than to help people who went through the same trials as I have.

However, I had never heard from a loved one of a covertly aware patient … until Monday.

This determined and dedicated wife — for privacy’s sake, I’ve changed her name — has kindly permitted me to share her side of the covert cognition story. [I’ve corrected only typos.]

Hi Stephanie. is so nice to hear your testimony, that really gives us hope. My husband has also an autoimmune disease Myasthenia Gravis, he had a crisis and he’s lungs stopped worked normally. This situation lead him into a Cardiorespiratory arrest, we don’t know for how long before the reanimation he was gone. Today it’s been 7 weeks since he falled into something that doctors call superficial coma, or State of minimum consciousness. he is been showing some advances since, he smiles a few times, cries, open his mouth and tries to vocalize,but is slept most of the time, so I am not sure if hes is awaking, despite that he does not move much, he has some involuntary movements. Can you please guide us? how does a person in this state starts to awake? We are from Colombia and although medicine here is really good, I don’t feel the doctors are making much for him. I really want him to awake, we still have many goals to fulfill, his girls need him. Thank you so much.

I’m so sorry to hear that you’re facing this nightmare of a situation. Though I’m no longer adding new recovery-related posts to Coma Chameleon: My Recovery Chronicles, I keep the blog online in the hopes of helping others in coma recovery or their families.

When I was in my coma, my boyfriend Keith did a considerable amount of online research. This gave him both more hope than my pessimistic doctors had and some ideas about ways to help me. The good news about your husband is that he’s in the highest level of consciousness — just below full awareness. Therefore, the techniques my family used to keep my mind stimulated are even more likely to aid your husband.

He has a MUCH better prognosis than I had!

What my loved ones did was to keep my mind engaged by talking to me as if I understood what they were saying (which I did when I was mentally there). They also read to me from one of my favorite books, which “leaked” into my coma-dream. My mom also played documentaries on subjects I’m interested in, as well as playing for me an audiobook version of the same favorite book. She used her Kindle Fire, but any tablet, smartphone, or laptop would work.

My doctors dismissed my loved ones’ reports about signs of my increasing awareness. You have to keep in mind that they see the worst of the worst patients. They’re playing the odds and don’t want to give you false hope. But too often they instead spread false gloom.

Researchers have found that as many as one in five patients with disorders of consciousness experience forms of covert awareness, as I did. But too many doctors in community hospitals — such as I was in — are unaware of this research. You need to be a forceful advocate for your husband. (As I think I can tell that you already are.)

Keith and my mom did that for me.

You have an added burden in that English isn’t your first language and you’re not native born. This is a bad time for immigrants in the US — especially if they’re from Latin American countries in the US — as you undoubtedly know. You’re therefore fighting ingrained prejudices and language barriers.

My suggestion would be to request a translator. Even though you speak excellent English, there may still be things you or the doctors don’t completely understand as you communicate with each other. Even many native English speakers often have trouble decoding what doctors are telling them!

[On second reading, I realize that Manuela was probably telling me that they live in Colombia, not that they’re originally from Colombia. My ADHD means I live in a perpetual state of covert unawareness!]

But one thing I can’t emphasize enough is to keep your husband’s mind stimulated. Think of it as mental physical therapy, keeping his brain exercised and strengthening his damaged neural pathways. Keith purchased a pillow speaker so he could quietly play my favorite music for me when my loved ones weren’t with me (without disturbing other patients and their loved ones). The music made it into my coma-dream, as well.

This isn’t the brand Keith purchased, but a foam speaker like this one was my favorite: Pillow Speaker. There are many other styles to choose from, however, including pillows with speakers built in.

Furthermore, because your husband is in a minimally conscious state, there may be medical interventions to help him reach full consciousness. Deep brain stimulation and even Ambien (a sleeping pill) have either stimulated minimally conscious patients to full awareness or allowed them longer periods of wakefulness.

I’m not sure where you live [Colombia–duh!], but I found this rehab program online for people with disorders of consciousness. If they can’t directly help your husband, perhaps they could direct you to a program that can. Here’s a link: Shepherd Center.

The other crucial action you can take is to continue being a forceful advocate for your husband. My doctors told my loved ones that I would almost certainly die, and if I somehow survived I would never be the same again. They thought I was a vegetable and would always remain one. Obviously, they were wrong. The reason I stopped writing posts about my recovery is that it’s almost entirely complete. There’s not much more to write about it.

I hope you will someday be able to say the same. If you need more help or advice, please don’t hesitate to ask. I wish you all the luck in the world in your husband’s recovery!

I am so glad to see your answer. Thanks a lot for dedicating this time.

You can use my message, no problem at all.

We have been doing some of your examples, we  play his favorite music, put the football matches on TV because he loves sports. I will start with the rehab despite the doctors’ opinion, some doctors had been also very negative and hopeless, but today actually my husband gave us signs of recovery, he is making some noises and tried to speak up (he has a tracheostomy).

I know this is going to be tough but we love him so much that we will make his recover a success.

Thank you so much again.

In my next reply, I urged her to continue to press for rehab or to take matters into her own hands, as she planned. Manuela obviously had already done her research, just as Keith had done so obsessively during the six weeks of my coma.

Indeed, I’m not sure I gave her any suggestions she wasn’t already trying or considering. Nonetheless, it makes me happy to think that I may have at least lent Manuela some reassurance that she’s on the right track, as well as encouragement to begin rehab.

Yet, another covert awareness survivor has recently shown me that I’ve been a complete slacker when it comes to helping my fellow covert awareness, stroke, and coma survivors. When she followed me on Twitter, it wasn’t to seek help, but to connect with a fellow high-functioning — except for the whole ADHD thing — covert awareness activist.

I will relate — and contrast — Kate Allatt‘s story in my next post. Sneak preview: Kate has run circles around me in every way imaginable. 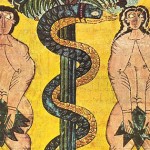 May 4, 2017
AHCA: Grabbing for a Pre-Existing Condition Fig Leaf
Next Post 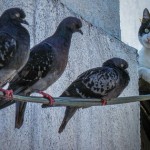 May 12, 2017 Stem Cell Regeneration Clinics: Waiting to Pounce on the Desperate
Recent Comments
0 | Leave a Comment
"The blog was absolutely fantastic! Lot of great information about how Music Therapy get you ..."
Monics Mery Music Therapy: Revealing Awareness and Awakening ..."
"Nixon didn't have the charisma that Trump does. So long as Republicans fear Trump's supporters, ..."
Nemo President Trump: Mimicking Nixon in More ..."
"does feal like that is the main diference between them, can anyone name any other ..."
noah johnson Lex Luthor is fiction, Donald Trump ..."
"Someone told me the internet in general has made people lose their compassion for other ..."
Brianna LaPoint Trolls: Warping the Internet into a ..."
Browse Our Archives
get the latest from
Nonreligious
Sign up for our newsletter
POPULAR AT PATHEOS Nonreligious
1