Conditional Deconditioning: The True Handicap Was in My Mind

Conditional Deconditioning: The True Handicap Was in My Mind June 7, 2017 Stephanie Savage

I was not always a fighter of my physical limitations. This is the story of how deconditioning became my worst disability of all. What happened to me was uncommon, but this is a cautionary tale for anyone who finds that they can manage less and less activity over time.

Before the Deconditioning: My Perpetual Pneumonia

You may have your mother wrapped around your little finger, but you don’t fool me.

That’s what a school nurse told me as I trudged into the nurse’s office yet again, physically spent and unable to continue the school day. When she sharply questioned me about “where it hurt,” I would say, “Everywhere.”

Actually, hurt was the wrong question. It didn’t hurt at all, but I didn’t know how to put how I was feeling into words to correct her. The best I could manage was, “Sick.” I was confused because I had never felt like this before.

After all, I had been a hyperkinetic hyperactive since infancy, a jumping bean of uncontainable energy. I simply didn’t know how to describe feeling like a ten-ton weight was tied to my neck.

Months — and a few misdiagnoses — later, I underwent a diagnostic lung biopsy and learned the true cause of my never-ending case of “walking pneumonia.”

Until my lung scarring was discovered, I assumed that my life would go eventually go back to normal. But as I recovered from the surgery, my mindset experienced a seismic shift.

Gone was the go, go, go, ADHD adolescent. Say hello to the sickly, disabled teen. I developed a self-defeating image as someone with a severe physical disability.

This attitude was reinforced by the exercise regimen the physical therapists at Children’s Hospital assigned me. This was the height of the aerobics exercise craze, of Jane Fonda videos and Let’s Get Physical. I was given an aerobic exercise program and assigned an overly-ambitious schedule of rep increases.

I could barely make it through the warm up routine.

Obviously, I was weaker than they realized. I concluded that I was also more physically impaired.

I still actually think that — to a much lesser degree. I base this on my continuing limitations, even with my greatly improved fitness and stamina. And I now know that they assigned me exactly the wrong kind of exercise for my physical capabilities.

Today, I’ve built up to an hour of spinning, six days a week. Instead of resting on the seventh day like the Great Big Genie in the Sky, I hike. The exercise and hiking are part of my continuing rehab, but I have no plans to ever stop.

Now that I’m no longer so weak, I’ve discovered that I can tolerate moderately paced, sustained exercise (and even then I’m exhausted afterward). Fast and/or strenuous exercise like the aerobics workout I was assigned make peter out quickly and completely.

No interval training for me.

Perhaps the Children’s Hospital PTs weren’t used to dealing with profoundly deconditioned adolescents with the lungs of a 80-year-old chain smoker. Their overly arduous exercise program set me up to fail. (Not deliberately, of course.)

Having since been through more PT sessions than I can count — of various stripes — I know that physical therapy thinking has shifted. PTs now emphasize not overdoing it, building slowly and not to the point of excruciating pain or utter exhaustion.

See also: Disarmed and Dangerous (At Least to Myself)

I suspect a lot of people failed under the torturous regimes of the past.

I have to accept my part of the blame, however. Still, a lot of my defeatism stemmed from the fact that I was such a bundle of endlessly renewable energy before my lungs were damaged. Indeed, six months before my illness began, I spent all summer lying around — instead of climbing the walls and everything else in sight, as usual.

Where did my hyper little monkey go? my mom worried.

She hauled me to the pediatrician. His diagnosis: pubescence. My pediatrician dismissively sent me on my way with some pamphlets on puberty and a menstruation product sampler kit.

We’ll never know exactly what was going on with me, but it seems likely that this uncharacteristic lethargy was a precursor to the infections that followed. I spent the next two years in a constant state — according to my doctors — of walking pneumonia.

After my lung scarring was discovered, the chest infections continued. Was there was a continuing disease process? Who knows?

All these factors contributed to my changed self-image. Instead of the perpetual motion machine I had once been, I was disabled and would just have to get used to it.

I did try to keep up the exercise, really I did. But every time I got sick again, I would stop. And I wouldn’t start up for a long time afterward because I still felt weak. Yet, there’s a reason why doctors now advise patients to become active as soon as possible after an injury or illness. The very lack of exercise was what was making me increasingly feeble.

It took six weeks of absolute inactivity for me to learn the true power of deconditioning. And it wasn’t until I had no choice but to exercise — if I ever hoped to walk again — that I discovered my potential to regain lost stamina.

Deconditioning: Building My Own Prison One Lost Activity at a Time

My deconditioning became evident as soon as I began to recover from my first bout of walking pneumonia (or whatever it actually was). I loved rollerskating, and couldn’t wait to string up my skates again. I had skated almost daily before my illness.

I sacked out for the rest of the day, sapped and dejected. (The fact that I liked to skate fast probably made it worse.) I tried to skate several times after that, but I eventually stashed away my skates for good.

Next went the bike. I couldn’t even pedal up the mild incline on our street. I tried to take cycling up again when we moved to LA, but I spent as much time walking the bike as riding it.

Unbeknownst to me, every time I gave up another activity, it deconditioned me to the point that I could do even less. That’s what the current understanding tells us. But those researchers weren’t there to tell me to build slowly until I could regain my former abilities.

That isn’t to say than I’m not disabled at all by my lung damage (it’s actually worse now due to my two bouts of Legionnaires’ Disease and multiple pneumonias — all “thanks” to prednisone). I still have major problems with breathlessness and stamina.

Yet, the fact that I couldn’t skate for longer than five minutes so soon after my first pneumonia fed my defeatist narrative. It had only been a six weeks. Surely deconditioning couldn’t have happened so quickly.

We now know that significant weakening can happen as soon as seven days after inactivity. Yet injured athletes quickly stave off deconditioning as soon as they’re able. I’m no athlete or exercise nut, but even I made up for weakness due to enforced bed rest after my second bout of Legionnaires’ disease. The key was my determination to not let there be a setback in my recovery.

I regret now that I didn’t see my lung condition as an enemy to overcome, as I did my coma and stroke-related debility. I waved the flag of surrender, when my illness should’ve been a call to arms…and legs.

I now think of myself as a fighter and a survivor, instead of a victim. The real handicap was my mentality. 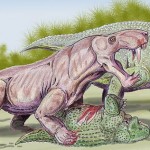 June 2, 2017
Global Warming and Extinction: Is the Great Dying Coming to an Epoch Near You?
Next Post 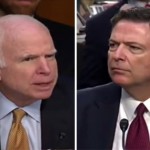 June 9, 2017 James Comey: Taking Down BOTH Presidential Candidates
Recent Comments
0 | Leave a Comment
"The blog was absolutely fantastic! Lot of great information about how Music Therapy get you ..."
Monics Mery Music Therapy: Revealing Awareness and Awakening ..."
"Nixon didn't have the charisma that Trump does. So long as Republicans fear Trump's supporters, ..."
Nemo President Trump: Mimicking Nixon in More ..."
"does feal like that is the main diference between them, can anyone name any other ..."
noah johnson Lex Luthor is fiction, Donald Trump ..."
"Someone told me the internet in general has made people lose their compassion for other ..."
Brianna LaPoint Trolls: Warping the Internet into a ..."
Browse Our Archives
get the latest from
Nonreligious
Sign up for our newsletter
POPULAR AT PATHEOS Nonreligious
1 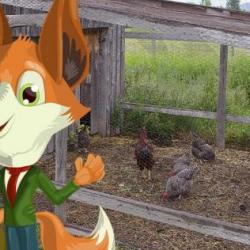 Nonreligious
Pre-existing Conditions: When the Foxes Own the Healthcare...
Miracle Girl 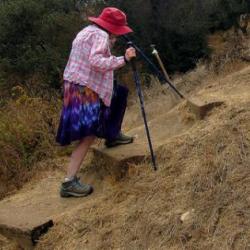 Nonreligious
True Grit: Discovering Your Strength Within and Without
Miracle Girl
TRENDING AT PATHEOS Nonreligious