Father’s Day: My Search for Connection with a Long-Lost Dad

Father’s Day: My Search for Connection with a Long-Lost Dad June 20, 2017 Stephanie Savage

I had a very strange Father’s Day. The oddest part was that I even had a Father’s Day at all.

You may have noticed that I’ve only talked about my mom. Was I conceived in a petri dish? Cloned in a super-secret lab? Raised by apes? (Well, that one one is true, albeit of the upright kind.)

Okay, so maybe those weren’t the first possibilities that sprang to mind. Perhaps you even intuited that I was the product of divorce at an early age. Oddly enough, that would’ve been the correct assumption.

I only have one memory of my dad…and it wasn’t a pleasant one. It’s one of my earliest memories, in fact, which probably isn’t coincidental. Earliest memories tend to be of traumas.

My parents divorced when I was two. At the age of perhaps three, I was taken for a visit with my father. We sat on either side of a glass table. I put my hands on the table, and my dad slapped them to make me remove my greasy little digits.

I cried as my dad explained that I wasn’t supposed to place my hands on the table. That sort of thing was considered more acceptable then, but certainly not to toddler. I didn’t even know it was against the rules.

That’s it. The sum total of my memories of my father.

My mom has told me of the times she hauled my dad into court to pay child support payments. And I’ve seen the court records. So, you can imagine why I always assumed my father didn’t want anything to do with me.

Fine. If he didn’t want to take responsibility for me, I didn’t need him, either. I had my mother, thank you very much. He didn’t even respond to her notice of my stepdad’s intent to adopt me. (I now know that he moved to Nevada not that long after the divorce.)

That all changed a couple of months ago. I climbed out of bed when I suddenly remembered that I had forgotten to wish a friend happy birthday on Facebook. My computer, which was hibernating (as I should’ve been), so I grabbed my phone instead.

I realize that many people are grafted to their smartphones, but I live on my computer. I’m sure my phone was happy to see me using it for social media like a normal person. On Facebook Messenger, I noticed a message from someone with a maiden name/middle name of Chaykin.

That happens to be the last name I bore before my stepdad adopted me. I clicked on it. The name is uncommon enough that didn’t seem coincidental.

The message was from my aunt Sandi. At least she guessed that’s what she was. Apparently, Sandi had been trying to help my dad find me for years. They had me under my stepdad’s name, but didn’t realize that we had changed our last name yet again after my mom divorced my stepdad.

Since my mom never really liked her maiden name, we chose to make a clean break by changing to an entirely new name that seemed appropriate for a couple of nonbelievers (as viewed by theists): Savage.

For the aforementioned reasons, it never occurred to me that my dad might have been searching for me. Not once. But, as my aunt later said to me, my parents were very young. They didn’t know how to be married. And my dad didn’t know enough about how to be divorced. Or a dad.

He’s had many decades to mature and ponder his regrets.

Now, I’ll have to be very careful here. And, as I’ve said, my diplomacy skills are so bad that I could qualify for the Trump administration diplomatic corps. But I’ll do my best.

My mom had told me that for years after the divorce, various Chaykin family members had tried to keep in touch, though I think my aunt was too young to have been one of them. Sandi was only in her early teens. She told me that she liked to dress me and was really sad when my folks divorced.

They took away her living Barbie.

When I was eight, my soon-to-be adoptive stepdad took a job in Illinois, and the Chaykin family contacts fell by the wayside. Years later, after my mom left my stepdad, we took my cat and drove across the country in her little yellow Gremlin. (That little car was never the same after the Rockies.)

It was a move — and name change — too many for my intrepid Aunt Sandi. Eight or so years ago, my dad asked her to help him find me. She came up empty…until recently. Finally, the Facebook search engine’s Wheel of Fortune alighted on my mom’s profile.

It would be an understatement to say that my mother is less than sanguine over the idea of resumed relations with my dad. I won’t go into the details, but there’s a lot of history there. But she said she wouldn’t try to interfere, sparing me a middle-aged custody battle.

There have been weeks of delay before I could speak with my dad due to my recent voice problems. I sent him a few emails with numerous links to my various internet venues, chief among them Miracle Girl. But the reason my dad asked Aunt Sandi to find me is that he’s not exactly web savvy.

See also: No, I Don’t Talk Funny, but I DO Need a Speech Therapist

My mom used to be an itinerant computer networking consultant. She installed networks for some large local businesses. Like NBC, Disney, and Marvel Entertainment. She used to do all my computer formatting, upgrades, and such.

On the other hand, there was a reason my dad was more eager to talk than to exchange voice-sparing emails. I’m receiving treatment for my voice problems and GERD. So, while my voice is still extremely rough, I am now able to engage in somewhat longer conversations (including the numerous times I have to repeat myself).

I therefore set my sights on calling my dad on Father’s Day.

I was twelve when my mom and stepfather divorced. Since then, the go-to parental holiday was Mother’s Day. Father’s Day meant nothing to me.

Now, from what my mother told me of my father, he always struck me as someone almost deliberately trying to counter Jewish stereotypes. Motorcycles, muscle cars, guns, and martial arts. Oh, and cursory glance at my dad’s Facebook profile — he joined in a vain hope I would look him up — shows that his politics aren’t exactly of the typically Jewish, liberal sort.

So, we don’t have a lot in common…except blood. My father doesn’t seem like a tie-wearing kind of guy. (In Southern California, that is basically limited to bankers and retro hipsters.)

What do you give to a dad like that for Father’s Day? 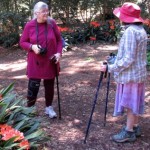 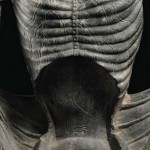 June 23, 2017 BCRA: Senate Trumpcare Bill Starves Medicaid to Feed the Rich
Recent Comments
0 | Leave a Comment
Browse Our Archives
get the latest from
Nonreligious
Sign up for our newsletter
POPULAR AT PATHEOS Nonreligious
1 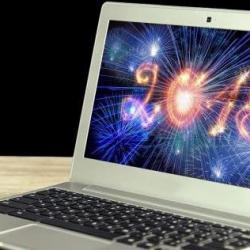 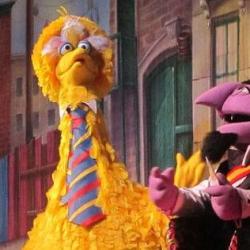 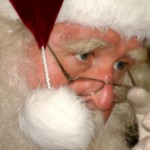