Global Warming and Extinction: Is the Great Dying Coming to an Epoch Near You?

Global Warming and Extinction: Is the Great Dying Coming to an Epoch Near You? June 2, 2017 Stephanie Savage

There have been five major extinction events in the history of the earth. Six if you count the Anthropocene extinctions caused by a certain destructive, bipedal ape. The worst — the Permian extinction, also known as the Great Dying — wiped out 96% of marine species and 70% of all land vertebrates. That’s 95% of all life on earth in total.

But what would’ve happened if the predominant species alive during past extinction events saw their demise coming and had the technology to do something about it?

As it was, a goggling gorgonopsid in Northern Russia — like the toothy Inostrancevia above — would’ve had no clue that its fate was sealed by massive lava flows in nearby Siberia. Neither could it sense that the coal beds ignited by the pyroclastic eruptions were pumping out tons of CO², adding to the enormous volumes of greenhouse gasses being pumped into the atmosphere by the epic eruptions.

Yet, if diapsids and synapsids had politicians, those on the right would no doubt have scoffed at the idea that this volcanic volcanism could be responsible for the vast deposits of methane hydrates bubbling the ocean like seltzer water as the frozen methane melted.

Protests one Protorosaurus: What? First you say the dust was blocking the sun, causing the plants to die and making it cold. Now, suddenly, you say that same dust is filled with greenhouse gasses and is responsible for these blistering heat waves?

And more active days, too! adds a cadre of cold-blooded archosaurs.

Well, we have differentiated teeth, sing the cynodonts. Let the rest learn how to chew.

Yeah, agree the other mammal-like reptiles. And what do we care about the temperature — we’re semi warm-blooded. Learn some self-reliance!

Regional anoxia in the ocean? laughs a Labidosaurus. Why don’t they pull themselves up by their fin spines and swim to where there’s plenty of oxygen?

And what do we care about marine species anyway — they don’t even bother to show up to vote! cants a Captorhinus.

A Erythrosuchus elucidates what many have been thinking: The Great Big Diopsid in the Sky would never allow this to happen!

But the final nail in the Permian coffin was when the archosaurs realized that they were poised to take over the earth after the Great Dying. The mammal-like reptiles never had a chance…until the catastrophic wormed turned, and it was the dinosaurs who were caught claw-footed.

For once, the meek did actually inherit the earth. 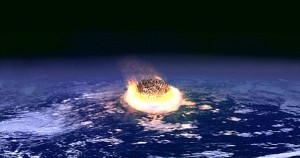 Cretaceous Extinction: Look Up, the Sky Really is Falling!

In reality, if a hapless hadrosaur happened to look up to see the six-mile long asteroid headed on a crash course with our planet, it’s lizard brain could probably have registered the fireball as a threat, at least as long as it was passing overhead.

But, if dinosaurs had a space program, what would the conservatives amongst them argue? How would the Seismosaurus caucus throw its political weight around?

C’mon, how much damage could a six-mile asteroid do to the entire earth? dismisses the allied Argentinosaurus.

Sure, wherever it hits would have a bad day, but what is that to the rest of us? agree the Brachiosaur band.

What’s not to like? taunts the Tyrannosaurus team, licking their chops.

Indeed, the theropods vote in a bloc to forbid funding for an asteroid-deflecting space mission, whispering among themselves that they would clean up after the space rock hit. No one mentions what will happen after the dead animals have all been devoured.

That’s what you get for not having frontal lobes.

The mammals — who have mostly been confined to nocturnal feeding and forced into burrows after the rise of the dinosaurs — stay silent, sensing their opportunity.

The avians, weighing their own chances, decide that they have better odds of flying out the coming catastrophe. The water birds of Northeast China are especially keen to peck away the competition from feathered dinosaurs.

And thus, the asteroid crashes off the Yucatan peninsula, clearing the way for the Age of Mammals, the Cenozoic.

Now, in the late Holocene or Anthropocene — depending on whether you want to label our epoch by the species destroying it — humans fiddle as the earth burns. Donald Trump has pandered to his base by pulling out of the Paris Accord.

What species will take over after short-sightedness leads to our own extinction? Will there be anything left to rule the earth when we’re gone?

And did that cellar spider just wave me goodbye? 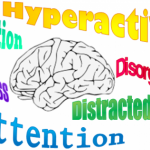 May 31, 2017
Hyperactive-in-Chief: This is the Presidency on ADHD
Next Post 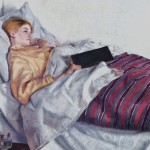 June 7, 2017 Conditional Deconditioning: The True Handicap Was in My Mind
Recent Comments
0 | Leave a Comment
"The blog was absolutely fantastic! Lot of great information about how Music Therapy get you ..."
Monics Mery Music Therapy: Revealing Awareness and Awakening ..."
"Nixon didn't have the charisma that Trump does. So long as Republicans fear Trump's supporters, ..."
Nemo President Trump: Mimicking Nixon in More ..."
"does feal like that is the main diference between them, can anyone name any other ..."
noah johnson Lex Luthor is fiction, Donald Trump ..."
"Someone told me the internet in general has made people lose their compassion for other ..."
Brianna LaPoint Trolls: Warping the Internet into a ..."
Browse Our Archives
get the latest from
Nonreligious
Sign up for our newsletter
POPULAR AT PATHEOS Nonreligious
1