The Owen Lab: On the Road to Widespread Covert Awareness Testing

On July 19, 2013, I had been in a coma for ten days, my less-than-welcome birthday present to Keith’s mom, who has been like a second mother to me. On the same day, nineteen-year-old Juan Torres spent a night out with friends. The next morning, his mom awoke to the sounds of her son suffocating in a pool of his own vomit. Two months later, Dr. Adrian Owen and his Owen Lab team attempted to test whether Juan’s brain was as “done” as his doctors believed.

Juan and I had both suffered the same kind of watershed-area brain damage. This is how Dr. Adrian Owen describes what had happened to the Canadian teen’s brain:

This kind of brain damage, widespread and diffuse with no clear borders between healthy and damaged tissue, is common when the brain has been starved of oxygen. When the oxygen dries up the brain starts shutting down little by little, piece by piece, until not even enough functional tissue to keep our most basic functions, such as breathing, going. Juan wasn’t quite there, but he was close. On admission, he had a Glasgow Coma Scale of 3 out of a possible 15. You can’t score lower than a 3, not without being dead.

Though I wasn’t given a Glasgow Coma Scale evaluation because Kaiser Permanente tends to reserve it for trauma victims, my neurologist estimated for me that I might have been between 6 and 8 on the scale. And for the record, my breathing problems came before my coma because it was caused by the very Legionnaires’ disease that triggered the coma in the first place. The oxygen supply to my brain dropped to dangerously low levels when sepsis sent my blood pressure into a literal death spiral.

I was, however, doing quite a bit better than Juan. Although I was many years older than he was, my neurologist told me that my relative youth (compared to the average stroke victim) probably played an important role in the extent of my recovery.

No need to qualify the term youth for Juan. He had yet to see his 20th birthday…and it looked like he never would. Two months after Juan slipped into a persistent vegetative state (PVS), his mom transported her son from a Toronto-area hospital to London, Ontario to be tested by Dr. Owen and the Owen Lab team.

They tried every innovative technique they had developed on the vegetative teen. The famous tennis test, in which patients are asked to imagine playing tennis for yes, navigating through their homes for no? Fault. Watching a condensed version of the classic Alfred Hitchcock Presents episode, Bang! You’re Dead, directed by the Master of Suspense himself? The bangs registered (an automatic response), but not the suspense.

Rinse and repeat. The second round of tests still revealed no sign of covert awareness. Margarita returned home without the reassuring news they all hoped the tests would give her.

Seven months later, Owen Lab research coordinator Laura Gonzalez-Lara called Margarita to follow up. “How has Juan been?” Laura asked. The response was, to put it mildly, unexpected.

Why don’t you ask him?

This was Dr. Owen’s reaction when Gonzalez-Lara related this to him:

When Laura reported this to me, I fell off my chair! “You mean he’s recovered? He’s come back from the dead?” I exclaimed. When I am excited, I am famously prone to hyperbole.

He goes onto explain his fascinating new book, Into the Gray Zone (from which Juan’s story has been taken):

I had never seen–or heard of–anything even remotely like Juan’s recovery. Occasionally patients improve from vegetative to a minimally conscious state, transitioning from “nonresponsive” to “partially responsive some of the time.” This was something else. Like my first patient, Juan was talking again. But unlike Kate, he was also walking.

Well, I’m intimately familiar with a case not at all unlike Juan’s.

See also: Covert Awareness: Into and Out of the Gray Zone of Consciousness

Side note: After I read that passage, I couldn’t help but reflect on how very lucky I was. Juan can do some walking with support, but is still mainly confined to a wheelchair. I returned my rental wheelchair last year; it had been unused for a couple of years.

At any rate, the shocking news of Juan’s remarkable recovery prompted an emergency meeting of Owen Lab researchers. How could their most sophisticated tests have missed his awareness, which was so covert that even the world’s top covert cognition experts couldn’t detect it?

But that’s only the beginning. Juan was completely aware while he was busy failing their awareness tests. Upon learning this, the researchers carefully devised tests to gauge the reliability of Juan’s memories from that time.

Juan remembered being scared as he entered the dark fMRI tube. (My earliest coma-dream memory is being dragged forward and deep, sonorous MRI voice saying something incomprehensible, yet sinister. I suspect my brain couldn’t process language properly yet.)

He remembered the Hitchcock movie and EEG test. Juan even recalled facial and voice details that I might have trouble replicating even now. (Even when I was able to process what Keith was saying and reading to me and the videos and audiobook my mom played for me, I wasn’t fully aware. Reality became transformed into coma-dreams.)

How can this have been? Dr. Owen theorizes:

Perhaps, due the particular nature of his brain damage, Juan was aware, yet somehow unable to generate responses at the appropriate time. Or perhaps his awareness fluctuated in and out, sometimes present–just enough to keep track of what’s going on–and sometimes not.

Now this resonates with my own experience. Though I remember long monologues from Keith, many others never made it into my coma-dream. The Alaska cruise suggestion — we loved looking at the icebergs as we flew over Greenland on the flight back from Sicily — made the cut. Yet the suggestion that I could blog about my experience to help others in my situation — the very thing I’m doing in this post — didn’t make the grade.

Keith wanted to give me an extra motivation to wake up, but the suggestion never made it into my coma-dream, despite the fact that he mentioned it numerous times. In other words, my “awareness fluctuated in and out” exactly as Dr. Owen suggests Juan’s may have.

Owen Lab Awareness Testing: Coming to a Hospital Near You

So, what does the testing failure on the really most sincerely aware Juan say about the chances that my covert cognition might have been discovered if I had been tested by researchers?

And neither can Dr. Owen or his crack team of Owen Lab investigators. Yet. Given that you can’t draw a solid scientific conclusion based on two anecdotal reports, the only solution is to keep testing and researching.

Though Juan also flunked the promising EEG awareness testing methods being developed by the Owen Lab, I still think this is the best hope for covertly aware patients like me. I was given a very simple EEG test, which was only able to gauge that I wasn’t brain dead.

It’s a good thing they didn’t test me first thing in the morning!

But given that my Kaiser Permanente hospital, like most community hospitals, doesn’t have an fMRI machine — and its PET scanner is reserved for Alzheimer’s patients and the like — a mobile covert cognition detection device would be the only hope that doctors could’ve discovered that I was “in there.”

Though my loved ones weren’t about to pull the plug, my mother thinks the nurses were trying to gently nudge her towards eventually accepting such a drastic action. For other patients in my situation, covert awareness detection could be the difference between life and death.

I therefore wish Dr. Owen and his Owen Lab team all the best in their all-important efforts to take awareness testing to patients, wherever they are, with their cleverly named EEJeep. The next step is to illuminate the public, spreading knowledge of the possibility of covert awareness to frontline medical personnel and the loved ones of consciousness disorder patients.

Though false hope is a real concern, false doom can be deadly.

This post is part of my continuing efforts to speak for those who cannot speak for themselves…just as Keith predicted I would want to do if I ever regained consciousness. 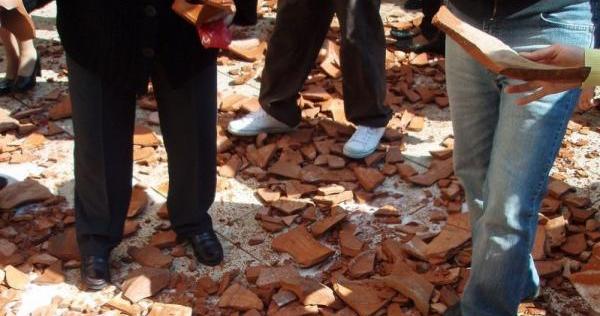 July 19, 2017
Pottery Barn Rule: You Break the Healthcare System, You Bought It
Next Post 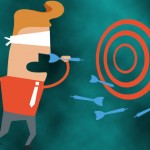 July 25, 2017 Mitch McConnell's Deadly Game of Obamacare Repeal Darts
Recent Comments
0 | Leave a Comment
Browse Our Archives
get the latest from
Nonreligious
Sign up for our newsletter
POPULAR AT PATHEOS Nonreligious
1

Beach Reach: What It's Really About
Roll to Disbelieve
Related posts from Miracle Girl