Can a Pro-Truth Pledge Combat the Post-Truth Age of President Tantrum?

The short answer: No…at least not completely. Yet there’s strength in numbers. If you’re like me, you feel heartsick every time you hear the president, his surrogates, or other politicians stand before a microphone and spout baldface lies with impunity, all the while branding the fact checkers as #FakeNews. Surely there must be a way to combat our so-called post-truth world. If only there were some way could do something to make politicians take some sort of pro-truth pledge.

You’re in luck. I’ll get to that in a bit, but there couldn’t be a better time for a code of honest and evidence-based public conduct.

Politicians on both sides of the aisle blew a gasket over the toddler president’s repulsive and misogynistic Thursday morning Twitter fit:

…to Mar-a-Lago 3 nights in a row around New Year’s Eve, and insisted on joining me. She was bleeding badly from a face-lift. I said no!

Hell, most sentient beings were thoroughly appalled (though not surprised) at being reminded yet again of the Donald Trump’s petty, puerile, adolescent character.

This is the leader of the free world?

But the important fact skimmed over in most of the press was that the execrable tweet contained numerous, easily disproved lies. As Joe Scarborough tweeted in response:

Why do you keep lying about things that are so easily disproven? What is wrong with you? https://t.co/aAoUj5HYZS

The former Republican congressman and his co-host and bride-to-be Mika Brzezinski detailed the list of prevarications in a Washington Post Op Ed. The photos of Brzezinski that weekend back them up. Her face was blood-free.

No word on whether she was bleeding from “wherever.”

Though revolting and dismaying coming from the president of the United States, the latest Trump Twitter outrage was, well, particularly outrageous, but not consequential except for what it says about the Commander-in-Chief.

But Republicans are claiming that putting Medicaid on a starvation diet — in a manner that will force states to cut services and people from the rolls — isn’t cutting a program that covers one in five Americans. They look right into the camera and unblinkingly proclaim that allowing insurance companies to discriminate against the sick and aging is freedom.

George Orwell warned us about this.

What’s more, it’s not just politician attempting to build a post-truth world one tweet at a time. We’re living in a super-scientific world unimagined by even the most visionary of science fiction writers. (Sure, some have dreamed up pieces of it, but not the entirety.)

Though there are no flying cars (yet), the entirety of human knowledge is accessible on a device that fits into the palm of your hand. If Isaac Asimov had imagined that, he would’ve likely projected that such a mind-blowing technological advance would accelerate the foundation of a hyper-knowledgeable society, in which only a telepathic mule could get away with deceiving the public.

Okay, the geek in me is getting carried away. But you can see what I’m getting at. As the venerable meme says:

I possess a device, in my pocket, that is capable of accessing the entirety of information known to man. I use it to look at pictures of cats and get into arguments with strangers.

Sadly, that’s still funny and relevant. Who among us hasn’t gotten into one of those unending, facepalming, internet arguments?

Studies show that presenting facts refuting a position can actually harden opposing opinions. It’s difficult for people dedicated to basing decisions on soundly empirical evidence to accept this, but they simply can’t convince some people with demonstrable facts. You will never convince vaxxers that vaccines are far safer than a case of measles, to give one prominent example of a exhaustively disproved — and highly destructive — falsehood believed by millions.

Even worse, actual fake news was spread through the internet by an adversarial government — Russia — and contributed to Vladimir Putin’s successful (and unprecedented) effort to defeat Hillary Clinton and elect said presidential infant in the 2016 election.

But don’t look so smug. There’s plenty of fake news packaged for sharing in the liberal bubble. If a story confirms any bias, people will share it uncritically.

Pro-Truth Pledge is Not a New Variety of Furniture Polish

So it’s hopeless, right? Surely there’s nothing I can do to fight the inexorable slide toward the wholesale rejection of verifiable truth.

And that leads me back to the idea of a Pro-Truth Pledge. Since I signed it, I can’t deceive you by claiming that it will single-handedly end this disheartening, post-truth age. You’re not naive enough to believe that anyway.

Yet it’s not naive to believe that the truth will out…even if the evidence suggests otherwise. Sometime it actually does.

Given a carefully laid out argument and a receptive mind, you can on occasion sway partisans (or at least get them to admit the possibility of evidence-based truth). Examples (admittedly anecdotes) are given in the Frequently Asked Questions section on the Pro-Truth Pledge website.

The pledge goes well beyond swearing to tell the whole truth and nothing but. It also reminds signees that they should retract posts that have been debunked by credible sources. (I myself have removed links to stories that have been credibly challenged by respected sources, even if I wanted the story to be true.) The pledge also encourages people to tell their friends about the questionable nature of their social media shares.

Yes, I’ve done that too (as nicely as possible given that I’m diplomacy-challenged).

They’re politicians, after all.

Some politicians have already taken the pledge. Think about it, would you want to be the candidate who didn’t sign a Pro-Truth Pledge? Once signed, of course, they would open themselves up to charges of breaking the pledge.

I saw you roll your eyes. Look, I told you this wouldn’t magically make all politicians tell the truth. Even the story about Washington saying “I cannot tell a lie” after he cut down a cherry tree was a lie told by a biographer.

Yet, on the eve of the anniversary of the nation’s founding, wouldn’t it feel good to sign a Pro-Truth Pledge, standing up for truth, justice, and the scientific way?

As the above linked post shows, the Founding Fathers weren’t above rough and tumble campaign distortions. But they carefully designed our constitutional government to weed out future demagogues.

Too bad it didn’t work this time.

Our Enlightenment-era Founding Fathers would’ve wept to learn that a Pro-Truth Pledge was even necessary in our time. 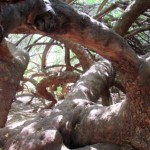 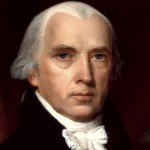 July 4, 2017 Separationism: The Battle of Our Founding Fathers is Our Fight Too
Recent Comments
0 | Leave a Comment
Browse Our Archives
Follow Us!