Separationism: The Battle of Our Founding Fathers is Our Fight Too

Separationism: The Battle of Our Founding Fathers is Our Fight Too July 4, 2017 Stephanie Savage

What could possibly inspire Thomas Jefferson to facetiously wish for the death of Patrick Henry — he of “Give me liberty or give me death?” — in the defense of liberty, no less? Hint: Separationism, a liberty dear to the heart of Jefferson, his friend and Virginia ally James Madison…and all those who value Church/State separation today.

According to Brooke Allen in her excellent book Moral Minority (upon which most of the information in this post is based):

Since 1776 the Virginia advocates for religious establishment had encountered serious opposition and accordingly shifted from endorsing the financial support of the Episcopal Church in particular to the general financial support of all “Teachers of the Christian Religion.”

Does that shifty rebranding of anti-separationist argument sound familiar to you?

This was an all-hands-on-deck separationist battle for Jefferson and Madison. Jefferson wrote the Virginia Statute of Religious Freedom, on which the Constitution’s establishment clause was built.

Yes, Jefferson really did lay the mortar that cemented the Wall of Separation between Church and State.

This is what James Madison wrote to Thomas Jefferson, July 3, 1784:

The Episcopal Clergy introduced a notable project for re-establishing the independance of the laity. The foundation of it was that the whole body should be legally incorporated, invested with the present property of the Church, made capable of acquiring indefinitely, empowered to make canons and by laws not contrary to the laws of the land, and incumbents when once chosen by vestries to be irremoveable otherwise than by sentence of the Convocation. Extraordinary as such a project was, it was preserved from a dishonorable death by the talents of Mr. Henry. It lies over for another Session.

Jefferson’s reply, in December 8, 1784 (in their snail’s pace world, centuries before airmail, email, and texting):

While Mr. Henry lives another bad constitution would be formed, and saddled for ever on us. What we have to do I think is devoutly to pray for his death, in the mean time to keep alive the idea that the present is but an ordinance and to prepare the minds of the young men.

Translation: Madison was gratified that the Episcopal Church was so blatantly flexing its majoritarian muscles (at the time) over then-minority sects such as the Methodists and Baptists. This so obviously threatened the separation of church and state that it strengthened the hands of ardent advocates for separationism like Madison and Jefferson.

Jefferson, for his part, was notorious for his intemperate comments.

Indeed, Patrick Henry isn’t really someone to put on your Enemy Founding Fathers list. He, after all, fought for creating the Bill of Rights, reasoning that without it countless rights would be trampled. Remember the rights of the 1st Amendment, among which is the aforementioned establishment clause?

The Founding Fathers of Separationism

The battle was joined for Madison and Jefferson, these best Founding Father buds. The Episcopal Church had thrown its considerable weight behind a bill in the Virginia assembly that would’ve assessed a tax on all Virginians in order to support Christian ministers. Oh no, we don’t mean the Episcopal Church. Heaven forfend.

Patrick Henry’s party supported this breach in the Wall of Separation (which admittedly hadn’t been constructed yet). This made Henry the sworn enemy of these masons of separationism.

Madison and Jefferson cannily played a game of divide and conquer. Before long, the Presbyterian Church came out against the bill. It wasn’t that the Presbyterians were for separationism, but as a minority Christian sect, they didn’t want to be trampled by Big Episcopal.

Less powerful sects like the now-ascendant Baptists and the Quakers — who never did feel their oats — were already onboard the USS Separationism. It wasn’t until the unholy marriage of the Religious Right and the Republican Party that the Baptists switched places with the now-liberal (and depopulated) Episcopal Church.

As we celebrate the 241st anniversary of the founding of our nation, let us raise a glass to the Founding Fathers who fought not only to win our independence from Britain, but also for the separationism we secularists value so highly.

James Monroe learned the consequences of religious political domination in early 1774. Several Baptists preachers had been thrown in jail for public preaching. As he wrote:

That diabolical Hell conceived principle of persecution rages among some and to their eternal Infamy the Clergy can furnish their quota of Imps for such business. This vexes me the most of any thing whatever. There are at this time in the adjacent County not less than 5 or 6 well meaning men in close Gaol [jail] for publishing their religious Sentiments which in the main are very orthodox. I have neither the patience to hear talk or think any thing relative to this matter, for I have squabbled and scolded abused and ridiculed so long about it, to so little purpose that I am without common patience. So I leave you to pity me and pray for Liberty of Conscience to revive among us.

Can there be any doubt that without the dogged battles of separationists like Madison and Jefferson, I wouldn’t be writing this post freely, without fear of persecution or prosecution? That you can comment on this post without apprehension? Would Americans United for Church and State — from which the above quote was taken — even exist if these fights hadn’t been won in the early days of our republic?

But perhaps won is too strong of a word. The fact that AU does exist is a sign of the never-ending struggle to keep the Wall of Separation from crumbling.

It’s therefore the height of patriotism to continue Jefferson’s and Madison’s battle for separationism, shoring up the Wall of Separation against the battering rams of the Religious Right. After all, we have a fundamentalist vice president and a far-from-evangelical president, who nonetheless owes his presidency to the evangelical vote.

Together, Donald Trump and Mike Pence have pandered to the hegemony of the Religious Right, as they claim oppression is freedom of religion. They’ve already attempted to bulldoze the Johnson Amendment, which stripped the tax exempt status of churches that endorse candidates. And lets not forget what they’ve done to loosen protections against LGBT discrimination.

The true fight for freedom never ends. Instead of lighting fireworks this Independence Day, perhaps we should light a candle for our endangered secularist freedoms.

Or better yet, grab a bucket of mortar and a trowal.

Past Posts in This Founding Fathers Series:

Fight of the Founding Fathers

Slowly Awakening from the Second Awakening

No Breach in the Wall of Separation 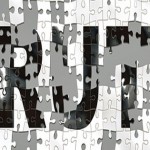 July 1, 2017
Can a Pro-Truth Pledge Combat the Post-Truth Age of President Tantrum?
Next Post 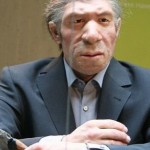 July 7, 2017 Humans and Neanderthals: Kissin' Cousins in More Ways Than One
Recent Comments
0 | Leave a Comment
"The blog was absolutely fantastic! Lot of great information about how Music Therapy get you ..."
Monics Mery Music Therapy: Revealing Awareness and Awakening ..."
"Nixon didn't have the charisma that Trump does. So long as Republicans fear Trump's supporters, ..."
Nemo President Trump: Mimicking Nixon in More ..."
"does feal like that is the main diference between them, can anyone name any other ..."
noah johnson Lex Luthor is fiction, Donald Trump ..."
"Someone told me the internet in general has made people lose their compassion for other ..."
Brianna LaPoint Trolls: Warping the Internet into a ..."
Browse Our Archives
get the latest from
Nonreligious
Sign up for our newsletter
POPULAR AT PATHEOS Nonreligious
1