And, yes, I felt sorry for myself.

Now, I feel lucky, though I still don’t believe in luck. What changed?

Well, surviving against all odds isn’t nothing. In fact, it’s everything to me. But I’ve experienced a seismic shift in my outlook.

Nearly dying tends to do that to people.

I didn’t just nearly die, though. As I like to say, I came about as close to death as possible without actually dying. And as you know by now, my doctors wrote me off as a profoundly brain-damaged vegetable and advised my loved ones to give up hope for my recovery.

Indeed, they expected me to die. Keith overheard a conversation between two doctors related to my failing lungs.

Doctor one: Do you think she’s a candidate for a transplant?

Doctor two: No. We should save it for someone who has a chance.

Or save the organs for someone who doesn’t already have a chance.

As Coma Day, August 25 — the anniversary of my awakening — approaches my thoughts naturally return to how extremely lucky I’ve been, surviving several frequently fatal conditions simultaneously.

I will never forget the moment of my awakening. My mom told me that I had been in a coma for six weeks and had nearly died.

Seriously? I said…or at least I tried to. The words were swallowed by my tracheostomy tube.

As she told me about how my lungs and kidneys were failing, on the verge of ossification — that’s my ever-blunt mom for you — I attempted to take it all in.

Every day since I’ve been reminded of my extremely unlikely second chance at life. Reading Dr. Adrian Owen’s book, Into the Gray Zone: A Neuroscientist Explores the Border Between Life and Death, brought the sheer improbability of the extent of my total recovery particularly into focus.

This is what Dr. Owen had to say about Juan Torres‘s even more remarkable recovery in his new book,

I’ve never seen–or heard of — anything even remotely like Juan’s recovery. Occasionally, patients improve from a vegetative to a minimally conscious state, transitioning from a “non-responsive” to a “partially responsive, some of the time.” This was something else. Like my first patient, Kate [Bainbridge], Juan was talking again. But, unlike Kate, he was also walking again.

Dr. Owen further expounded on the unprecedented nature of Juan’s recovery in a Maclean’s article about Juan:

“Until Juan, she [Kate Bainbridge] was my best example of someone who had recovered,” Owen says. “Even in high-profile cases, the patient is barely able to mutter one or two words, or, occasionally, to move [his or her] hand when asked to do so.”

When I read those passages I quite literally caught my breath. While Juan’s recovery was indeed more remarkable than mine because he was in an even deeper coma — 3 versus 6-8 on the Glasgow Coma Scale — he still mostly confined to a wheelchair.

Juan can walk halting steps using a walker. yet he thinks more slowly and speaks more deliberately since his awakening. The screenshot on the left is one of many videos of Juan’s understandably more difficult recovery.

While my recovery has hardly been a cakewalk — my first steps in the nursing home were just as halting as Juan’s — I never required cognitive therapy. The problems with my cognition are the same as they’ve always been (thanks to my severe ADHD).

What’s more, I noticed recently that I’m walking more evenly than ever. I suspected that would happen after I stopped having to wear a special boot for my broken foot. It was on the stronger leg — my right leg has been weaker ever since my multiple strokes on both sides of my brain. And because the boot was curved on the sole to prevent me from putting too much pressure on the fractured bone, my right leg was constantly balancing my body.

Whenever I overstress my legs I almost always find that the strength in my legs and/or balance improves afterwards. Though I still have a bit of stroke-caused vertigo, it’s greatly improved since I got out of the nursing home. Even the stroke-caused damage to my balance has had a silver lining. I no longer suffer as much from car sickness.

Even my osteoporosis-related broken shoulder and foot haven’t made me feel sorry for myself. Dem’s the breaks.

The osteoporosis itself stems from the prednisone that once controlled my autoimmune disease, dermatomyositis. Prednisone was also the culprit behind the immunosuppression that caused me to catch the usually rare Legionnaires’ disease…twice. The first time put me into the coma. (I’m now thankfully off prednisone.)

What about the dermatomyositis? Am I bitter about the bad luck of developing such a rare disorder? Nope. Instead, I’m thankful that it’s well under control (albeit worried that I might suffer a relapse).

I now see everything through a prism colored by my gobsmackingly unlikely recovery.

I’ve also experienced a run of good fortune in my writing career. Who knew I would be good at writing nonfiction? I certainly didn’t!

My first-ever article was published in Skeptical Inquirer. Free Inquiry has published every essay I’ve submitted to them (three so far). And Patheos gave me this very blog.

If It Weren’t for Bad Luck, I’d Have No Luck at All

Nothing has change but my mindset. Indeed, I’ve come to see how so many other people hold themselves back with their own negative narratives of their misfortune. That’s not to say that the bad things that have happened to them weren’t traumatic or sad. It’s just that it holds people back from taking charge of their lives and their situation.

I say this as someone who has been there, felt embittered about that.

See also: Your Fate is in Your Hands (except when it isn’t)

Recently, I got into a conversation with a nice elderly woman as I rode on the tram in the sprawling campus of the Kaiser Permanente Panorama City Hospital complex.

I had done one of my trademark, brainless ADHD actions, which resulted in being dropped off at the wrong building for my appointment…even as I described the labyrinthian halls of the correct one. After I related my predicament and the reason for it to the woman, adding a face palm for emphasis, she told me, “I suffer from the same problem. It’s called old age.”

I laughed and replied,

My boyfriend’s mom is always saying, “Never get old.” Well, I came about as close as possible to never growing old a few years ago, and I think that’s a lot worse than dealing with the problems of aging. Coping with difficulties is a survival instinct. People always say they could never cope with X or Y…until it happens. Then they suddenly find that they can.

She agreed. And as I hobbled off the tram in my awkward “cam boot” brace, she congratulated me on my second chance at life.

It’s hard to get luckier than that. 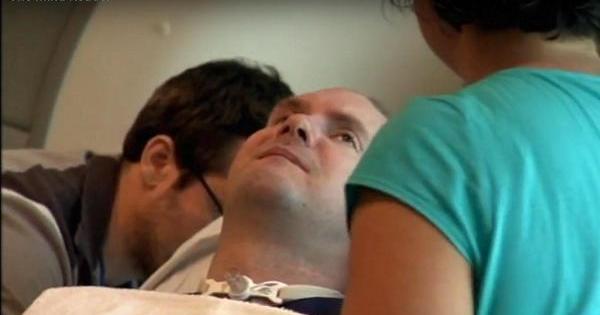 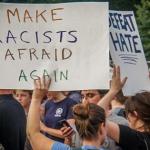 August 23, 2017 Racial Tolerance: Charlottesville was NOT a Total Eclipse of the Heart
Recent Comments
0 | Leave a Comment
"The blog was absolutely fantastic! Lot of great information about how Music Therapy get you ..."
Monics Mery Music Therapy: Revealing Awareness and Awakening ..."
"Nixon didn't have the charisma that Trump does. So long as Republicans fear Trump's supporters, ..."
Nemo President Trump: Mimicking Nixon in More ..."
"does feal like that is the main diference between them, can anyone name any other ..."
noah johnson Lex Luthor is fiction, Donald Trump ..."
"Someone told me the internet in general has made people lose their compassion for other ..."
Brianna LaPoint Trolls: Warping the Internet into a ..."
Browse Our Archives
get the latest from
Nonreligious
Sign up for our newsletter
POPULAR AT PATHEOS Nonreligious
1 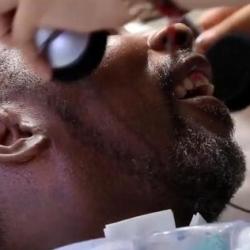