Juan Torres: Another Member of the ‘Miraculous’ Coma Recovery Club

If you absolutely have to be in a deep coma, with almost certainly no chance of recovery, oxygen deprivation is the cause to choose. That was my golden ticket to my allegedly miraculous recovery. It was for Juan Torres, too.

His mom found him blue,  face down in a pool of his own vomit the morning after a late snack of leftover salad. Paramedics had difficulty intubating Juan as he was rushed to the hospital.

Later, his parents were told their son had been left profoundly brain damaged. Sound familiar? Not the vomit part, but the bit about profound brain damage.

As Juan’s mom, Margarita Perez, said in Into the Gray Zone,

The Doctors said his brain was done. Zero chance of recovery and no options.

Like my loved ones, Juan mom and dad refused to take no hope for an answer.

Juan Torres’s extremely unlikely recovery is so eerily close to my own that I can’t get him out of my mind. Indeed, that’s exactly what I tweeted Dr. Adrian Owen after I read about Juan in his new book, Into the Gray Zone.

I’ve already written two posts referring to Juan s fascinating case (here and here). Juan’s mom credits the special vitamin and dietary regimen she put her teenage son on — and especially his multiple sessions in a hyperbaric chamber — for his astonishing recovery.

This sets skeptic senses tingling. But I have speculated that her dogged and loving efforts to try anything and everything to jumpstart Juan’s brain may have signalled other efforts that Dr. Owen hadn’t mentioned in his book.

One day, when I was thinking about Juan — I wasn’t kidding about not being to get Juan out of my mind! — I realized that his case was so out of the ordinary that there was probably news coverage about it. Maybe even in the Canadian magazine which had published a touching article about Jeff Trembley and other articles about the work of the Ontario-based Owen Lab.

From the Maclean’s article about Juan Torres:

“His case is mind-blowing,” says Adrian Owen, a British neuroscientist at Western University who has been investigating one of the most mysterious, least understood phenomena: human consciousness. It’s often said that the brain is the most complex structure in the known universe. Torres’s case shows us how much we’ve yet to understand: the fact that he was creating memories suggests he wasn’t unconscious at all, despite his doctors’ best diagnosis. “It tells us there really was a person there,” Owen says, “and that person was experiencing the world.”

You really should read the piece. I’ll wait here until you’re finished.

See also: Covert Cognition: Into and Out of the Gray Zone of Consciousness

It turns out that I was correct in intuiting that Juan’s dedicated parents had done far more than I knew to stimulate their vegetative 19-year-old.

Juan remembers the tests he underwent in the Owen lab and the people who conducted them in astonishing detail, even as he flunked repeatedly their most sophisticated tests for covert awareness.

Despite his disappointing test results, Juan Torres’s family developed an extensive program of sensory therapy for him. He remembers the variety of pungent smells they wafted under his nose: Tabasco, coffee beans, mint, lemon, etc. Margarita would tickle his toes with feathers and rub them (presumably gently) with sandpaper. Juan’s daily stimulation routine included flashcards of words and colors, and photos of family members and his beloved dogs.

Aha! Mental stimulation — I knew it!

And though I doubt that the hyperbaric treatments directly aided his recovery, I believe that the very movement involved in transporting Juan to the facility may well have.

After all, my first memory was of the MRI voice and a sensation of being dragged forward. My movement and awareness improved after I underwent surgery to implant a gastric feeding tube. And I believe the bulk of my coma-dream occurred in the five days between my transfer into a nursing home and my awakening.

Keith said I had grown more active from the time the ambulance left the hospital and the moment of my arrival at the nursing home. The doctor who received me at the nursing home said I didn’t seem to be the same patient described in my dismal hospital assessment, which rated my prospect of recovery poor.

In other words, I’m proposing that it wasn’t the hyperbaric treatments themselves, but the movement and changed environment each time he was transported to the treatment center. It was another form of mental and physical stimulation.

Dr. Owen strongly hints that increased mental stimulation played a major role in Kate Bainbridge‘s recovery, after his tests revealed she was “in there.” And also with Debbie, who responded to the words the Owen Lab researchers played for her.

“Until Juan, she [Kate Bainbridge] was my best example of someone who had recovered,” Owen says. “Even in high-profile cases, the patient is barely able to mutter one or two words, or, occasionally, to move [his or her] hand when asked to do so.”*

It’s important to note that Juan’s Glasgow Coma Scale was three. Any lower and he would’ve been brain dead. Though I wasn’t given a Glasgow Coma Scale evaluation, my neurologist estimated for me that I might have been between six and eight. But, yes, I was very, very. very lucky! As the Maclean’s article makes’ clear,

Juan Torres’s recovery is impossible to explain, although his youth and physical strength must have helped. Medical reports on Torres’ rehabilitation, which Perez provided to Maclean’s, suggest that healthy parts of his brain may have been recruited to work on behalf of areas that were permanently damaged. Owen admits this is possible, but “his recovery was fairly swift for that to have been the case,” he says. “There’s not any clear neuroscientific explanation I can give.”

But miracle is certainly not a plausible explanation for the atheistic Dr. Owens. And it isn’t for Margarita Perez, either.

As of 2015, Juan Torres was a college student and wheelchair rugby player who composes electronic music on his computer, while dreaming of one day being a record producer.

Juan Torres and Me: Not Alone in the Not-So-Miraculous Clubhouse

After I finished this engrossing portrait of a fellow Golden Ticket holder, I read the sole comment on the article, written by Linda Lee,

This young man most certainly is not alone. In 2013 I found my son unconscious barely breathing he to has aspirated on vomit. I was told he was brain dead but he was not. He To Says That He Was Trapped In His Own mind. He could hear everyone talking he just could not get the words out. Today jan 2016 he is a healthy young man with 3 daughters. The brain may not be able to heal as some have suggested but I think can read route it’s self to use the parts of the brain that is largely in used.

My jaw dropped. Not alone, indeed. (Though I seem to be a bit of an outlier because I somehow failed to suffocate in a pool of vomit.) I should point out that you don’t recover from brain death. And this isn’t even the first instance I’ve read about of an allegedly brain-dead person who recovered.
I can’t help wondering how many other “miraculous” vegetative state survivors are out there.
If I weren’t a writer, you would have no clue about my extraordinary experience. The only press I’ve received has been due to my writing about it. Juan Torres’s story has been told because he was tested by a famous neuroscientist. How many more are quietly living their second-chance lives, like Ms. Lee’s son, unbeknownst to the world?
And how many others will never have a chance to recover because heartbroken loved ones believed the doctors’ grim pronouncements and reluctantly pulled their plug?

*Though I sent Dr. Owen my hospital records a few months before the Maclean’s article appeared, he has never actually examined me. Given publication lags, he may well have been interviewed before I sent him my records in late August. And, in any case, as a careful scientist, I don’t think he could cite a case for which he has incomplete and unverified information, with no personal examination of the patient. He can’t, for instance, reassess the accuracy of my doctors’ cognitive evaluation, as he has done for every patient he has tested for awareness. 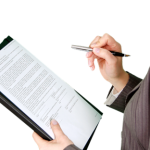 August 4, 2017
Medicaid Redetermination: For Me and the Future of Millions
Next Post 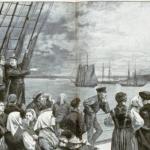 August 12, 2017 Changing Lady Liberty's Beacon to Immigrants Into a Stiff-Arm
Recent Comments
0 | Leave a Comment
"The blog was absolutely fantastic! Lot of great information about how Music Therapy get you ..."
Monics Mery Music Therapy: Revealing Awareness and Awakening ..."
"Nixon didn't have the charisma that Trump does. So long as Republicans fear Trump's supporters, ..."
Nemo President Trump: Mimicking Nixon in More ..."
"does feal like that is the main diference between them, can anyone name any other ..."
noah johnson Lex Luthor is fiction, Donald Trump ..."
"Someone told me the internet in general has made people lose their compassion for other ..."
Brianna LaPoint Trolls: Warping the Internet into a ..."
Browse Our Archives
get the latest from
Nonreligious
Sign up for our newsletter
POPULAR AT PATHEOS Nonreligious
1