Just when I think I’m out, they pull me back in. Trumpcare finally looked like a stake had been driven into its heartless corpse, only to rear its ugly head from the grave once again. And I do mean ugly. Indeed, Graham-Cassidy is the most draconian of all the previous zombie Trumpcare bills.

This sleeper Obamacare repeal scheme remained in a coma for weeks. It only awakened after the Senate parliamentarian ruled that the opportunity to pass any Trumpcare plan with a bare majority — plus a tie-breaking vote by Vice President Pence — would expire at the end of the fiscal year. That would be September 30.

As someone with severe ADHD, I can usually sympathize with the temptation to cobble together a slapdash plan at the last minute under deadline. Yet, metaphorically speaking, this kind of behavior would actually be rewarded under Graham-Cassidy. Imagine that the top grades were taken from the most studious in the class and instead handed over to the slackers.

The states that refused to accept the ACA Medicaid expansion would receive funds previously allocated to expansion states that worked to help their uninsured. The biggest loser would be my own state, California. Biggest winner? Texas. After 10 years, New York would lose approximately $19 billion. California’s loss would be nearly $28 billion.

In fact, you’ll notice a pattern in the winners column. Almost all of the states that stand to benefit are red states. And that gives the Democratic states the blues.

But not all of the pickpocketed states are Democratic. A number of Republican states accepted the Medicaid expansion (which would end in 2020 if the bill passed). Not surprisingly, the GOP governors of most of these states have announced opposition to Graham-Cassidy.

Yet it’s not just expansion states that would be the biggest losers under this scheme. Florida didn’t implement the Medicaid expansion, but it aggressively signed Floridians up for Obamacare. The Sunshine State has the biggest ACA marketplace in the country. It stands to lose 2.6 billion.

Even worse, the Cassidy-Graham lump sum subsidy goes the way of the dodo in 2027. That means ALL Obamacare funding would end if Congress doesn’t reauthorize the bill, resulting in a massive $299 billion dollar cut from state healthcare systems. And I do mean systems.

Each state would have to devise a healthcare system to replace the ACA…in two years. The Texas legislature isn’t even scheduled to convene until 2019.

As quoted in the NY Times:

“The answer is absolutely no,” said Jon Kingsdale, who ran Massachusetts Connector, the system that matched Massachusetts residents with health insurance, and is now a public health professor and a consultant. “That’s not enough time for most states to figure it out.”

This sentiment was emphatically seconded in a statement by the National Association of Medicaid Directors, which was privately endorsed by many Medicaid directors from red states.

In this mad legislative dash, the vote, if it actually happens next week, would take place before the CBO has a chance to release a full report. Contacted too late to complete its analysis, the CBO will cobble together a skeletal report that lacks an estimate about how many people will lose coverage, the price of insurance premiums, or even precise estimates of its effect on the deficit.

To woo conservatives, this dynamiting duo is branding the state “flexibility” of Graham-Cassidy as federalism. Thomas Jefferson called. He wants his term back. (Indeed, Mike Pence actually used a fake Jefferson quote in defense of the bill.)

But what it will really do is bring back pre-existing condition exclusions in many states. Unlike previous zombie Trumpcare bills, Graham-Cassidy doesn’t even make a half-hearted swipe at replacing the Obamacare insurance mandates. Yet the requirement for insurance companies to take all comers, regardless of health status remains.

Without any sort of mandate or penalty, healthy people will drop coverage in droves, leaving people like me with with expensive health conditions. The healthcare system would be in chaos, as premiums skyrocket, leading even more to cancel their insurance.

This is the insurance industry definition of a death spiral.

What will red states do to salvage their healthcare systems? As Vox’s Sarah Kliff explains:

Anything else — a cancer diagnosis, a history of breast cancer, a mild case of asthma — is fair game. In states that did pursue and receive these waivers, health plans would have full authority to charge sicker patients higher premiums to offset their costs.

Yet it gets worse. According to another Vox article:

Experts argue that per capita caps also give states incentives to kick more expensive patients off Medicaid or roll back coverage.

Now I’m really scared. States could even allow insurers to deny health coverage entirely to those same patients thrown under the healthcare bus. Been there, been denied that.

Given this, you would think that the insurance companies would be slavering over a return to the bad old days. But two major health insurance trade groups came out against Graham-Cassidy. Add that to the 16 major medical groups that have announced opposition.

Graham-Cassidy: Watch Where You Step

Even most Republican Senators admit that they’re not really supporting Graham-Cassidy on its merits. They got an earful from the GOP donor class on their August break. Now they just want to show that they haven’t given up on repealing Obamacare.

It doesn’t matter what they’re voting for, as long as it repeals the ACA.

Actually, they won’t have a chance to clean up any messes created by Graham-Cassidy. Nor will the House. Many members only voted for the execrable AHCA on the assumption that the more deliberative Senate would fix its many problems.

But because this Hail Mary bill will be the very last chance for a Trumpcare measure to pass with anything less than a sixty-vote margin, it cannot be amended after passage.

And that really stinks.

So, what are the odds of that? This time around — wait for it — the vote comes down to Lisa Murkowski and John McCain. Susan Collins and Rand Paul are considered hard noes.

Cassidy and Graham have nonetheless larded — and I do mean larded — the newest version of Graham-Cassidy with savory treats for Maine and Alaska. In a bid for conservative votes, they’ve further weakened protections against insurance discrimination based on health in a pander to conservatives.

Murkowski is so far playing coy, as she seeks numbers about the impact on Alaska. You’ll be shocked, shocked to hear that Cassidy and Graham have baked Alaska goodies right into the bill. The Trump administration has put away the thumbscrews that backfired so spectacularly last time. Nonetheless, Alaska’s Independent governor is opposed to the measure. And even with the panders and kickbacks, Alaska, as an expansion state, stands to lose a considerable amount of funding.

Now that John McCain has broken with his Senate best bud, Lindsey Graham, and announced his opposition to Graham-Cassidy, Murkowski is probably more likely to turn her thumb upside-down like he did, killing Skinny Repeal. Until recently, both McCain and Graham had been grumbling about a return to regular order, negotiating with Democrats is if the Senate were a functioning deliberative body.

Graham-Cassidy, like the other zombie Trumpcare plans, hasn’t go through any Senate committee hearings, nor has it been subject to member input or mark-ups. In short, it too hasn’t been drafted according to “regular order.”

McCain at least seems to have actually meant this institutionalist stance. Of course, Lindsey Graham is far from the only hypocrite of the measure’s drafters.

Bill Cassidy thought he had created a clever catch phrase to indicate that he wants to protect the healthcare of vulnerable patients. He went all over the airwaves to repeat his so-called “Jimmy Kimmel test,” after the talk show host made an impassioned plea — on his usually apolitical show — for the healthcare of people with pre-existing conditions. People like his infant son, who was born with a potentially fatal, congenital heart defect.

Look at that “compassionate conservative,” Cassidy was no doubt hoping people would think. He even appeared on Jimmy Kimmel Live! to promise that he would never sign any deal that didn’t cover pre-existing conditions or had annual or lifetime coverage caps.

Graham-Cassidy would permit both.

Jimmy Kimmel has now branded Cassidy a liar. And more.

So, what can we expect in the week ahead? My feeling is that Murkowski will eventually vote nay, yet you have to keep in mind that she’s no liberal. Cassidy and Graham are courting her like a homecoming queen. And many Republicans have already crossed past red lines.

Rob Portman has continually been on the fence…until the GOP leadership pushed him back into the fold. Still, Ohio will be among the losers in the Graham-Cassidy funding shuffle. And Ohio governor John Kasich is again in opposition. Will this be the time Portman finally discovers his spine?

With Susan Collins’s opposition almost guaranteed, it seems that Obamacare repeal will — perhaps for the last time — finally moulder in its fetid grave. But like the zombies of Night of the Living Dead, Trumpcare won’t stay dead.

Hatred of the Affordable Care Act is the ultimate zombie, eating the brains of the GOP. 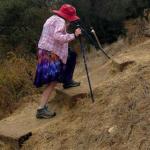 September 19, 2017
True Grit: Discovering Your Strength Within and Without
Next Post 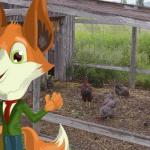 September 28, 2017 Pre-existing Conditions: When the Foxes Own the Healthcare Coop
Recent Comments
0 | Leave a Comment
Browse Our Archives
get the latest from
Nonreligious
Sign up for our newsletter
POPULAR AT PATHEOS Nonreligious
1