If the GOP can’t repeal Obamacare through legislation, President Tantrum will instead maim it one wound at a time. Trump had already severely damaged the ACA by loosening enforcement of its coverage mandate. And he further hobbled Obamacare insurance marketplaces by repeatedly threatening to withhold Cost Sharing Reduction payments. But his killing blow may be his new executive order authorizing association health plans.

It’s death by a thousand cuts.

Trump isn’t authorizing association health plans because he wants to give Americans access to “better” healthcare, but because it could destroy the program that actually does.

Frustrated with the congressional Republicans’ inability the repeal Obamacare, Trump has asserted that they should just let it fail. Yet the ACA has stubbornly refused to die on its own, as its markets continue to stabilize.

Given this reality, the Trump administration has decided to take actions to force Obamacare to collapse. He even personally blocked a plan in Republican-controlled Iowa which implemented many of the conservative proposals in the failed repeal efforts, simply because it also shored up the state’s ACA markets.

Yet that was far from the only action taken to sabotage Obamacare. In the run-up to open enrollment season — which the administration had already slashed by half — the ACA advertising budget was garrotted, from $100 million to $10 million.

You read that right.

Yet, that wasn’t enough for them. Two weeks later, the Department of Health Services — headed by the now-departed, high-flying Tom Price — slashed funding for outside ACA navigators an average of 60%, and in some cases a whopping 92%.

They also announced that healthcare.org will be down for twelve hours every Sunday morning except the last weekend of open enrollment. Why don’t they just place it at the bottom of a locked cabinet stuck in a disused lavatory with a sign on the door saying, “Beware of Leopard?”*

All this was before President Trump’s authorization of association health plans, with their bare bones policies separating the healthy from the sick.

Association health plans are insurance collectives of pooled small businesses. Such plans circumvent both the spirit and the substance of Obamacare.

Before Obamacare, national associations could pick and choose which states’ insurance rules they wanted to follow and use those rules to guide the plans they offered nationwide. The bakers association could choose to follow the rules for, say, the Alabama insurance market, which mandates coverage of relatively few benefits, for all its bakeries in New York, a state with many mandates.

The result was often health insurance that skirted state rules and was a better deal for businesses with young and healthy employees, who are likely to prefer skimpier health plans. The former insurance regulator described the situation prior to the ACA to [Sarah] Kliff as being “a race to the bottom, with some associations offering lower-cost plans that covered virtually nothing.”

As has happened in Tennessee, the healthy would flock to these inadequate, but cheaper, insurance plans. These plans aren’t required to cover essential benefits. They’re also allowed to discriminate against people with pre-existing conditions and are free limit annual and lifetime payments.

Therefore, the people left in the Obamacare marketplaces would on average be older and sicker, driving up premiums. This in turn would funnel even more people from the ACA to cheaper association health plans. Many insurers could withdraw from participation.

In short, this executive action could engineer the very death spiral that Trump predicted the ACA would create on its own. Which of course is the plan.

See also: Pre-existing Conditions: When the Foxes Own the Healthcare Coop

But even that wasn’t enough. The president’s executive action also authorizes the sale of “short-term insurance” coverage for as long as a year. This type of plan is intended for people expecting to be without work for a limited time or students transitioning off their parents’ insurance. Obamacare regulations limited such plans to three months.

Though association health plans and short-term insurance won’t be available for the 2018 open enrollment period, with three weeks to go Trump’s executive action is likely to reduce sign-ups.

If there’s a lot of hoopla around new options that may be available soon, it could be one more thing that discourages enrollment.

President Trump is throwing everything short of stink bombs in the way of Obamacare in the run-up to open enrollment. And I wouldn’t put that past him. Meanwhile, the ACA markets are stabilizing…and his administration is determined to put a stop to it.

It’s like holding a person underwater to prove she can’t swim.

Obamacare is in the hands of people determined to drown it. Time to break out the water wings.

*Thanks for all the fish (and the quote), Douglas Adams. 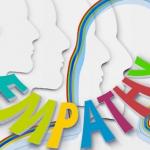 October 6, 2017
Empathy: Missing from the Vegas Shooter and Cauterized by Tribalism
Next Post 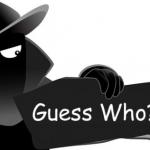 October 13, 2017 Killing CSRs: Which Supervillain Does Donald Trump Resemble Most?
Recent Comments
0 | Leave a Comment
Browse Our Archives
get the latest from
Nonreligious
Sign up for our newsletter
POPULAR AT PATHEOS Nonreligious
1