Killing CSRs: Which Supervillain Does Donald Trump Resemble Most?

Is Donald Trump Lex Luthor in a bad toupee? In his modern incarnation, Lex Luthor is a ruthless, rich tycoon who was elected president of the United States. The evidence for President Trump’s malevolence is myriad, but his latest outrage is the most destructive of all. Apparently, Trump’s eleven previous actions to undermine Obamacare weren’t enough for the supervillain-in-chief. He decided to eliminate cost-sharing reduction payments (CSRs) to insurers, which subsidize premiums and deductibles for people in lower income brackets.

This doesn’t meant that the working poor and the lower middle-class will suddenly be forced to make those payments themselves. The ACA requires insurers to continue to provide these subsidies.

So, Trump’s sadistic withdrawal is no big deal then?

Nope. Insurers will pass these costs onto the insured in the form of increased premiums. In addition, though they’ve already signed contracts for 2018, many of these agreements include clauses that allow them break their contract if the government ceases to pay for CSRs. Many may end participation in the ACA marketplaces entirely.

If I were an insurer, I’d just take my marbles with me and focus on other more profitable lines of business.

Despite the president’s lies, there are no currently bare markets without any ACA providers. That is likely to change if congress fails to act to appropriate funds for the CSRs.

Fat chance, you may be thinking. You would be wrong (though your cynicism is justified).

The ranking GOP and Democratic chairs of the Health Education Labor and Pensions Senate committee have been negotiating a deal in good faith to guarantee continuing funding for CSRs. And Lamar Alexander — a former governor of Tennessee — isn’t the only Republican who wants these payments to continue.

And the pressure on Republicans to do that will be intense. The Washington Examiner recently reported that vulnerable House Republicans worry they could have a major political problem on their hands if these payments are stopped, because it could harm large numbers of people in their districts.

The HELP committee negotiations were making progress until they were suspended to make the vote for Graham-Cassidy repeal-and-replace bill a binary one. And the reason for the suspension is a serious reason for concern.

While I believe Alexander and other Republicans sincerely want to prevent the grievous harm to millions that a collapse of Obamacare markets would cause, I’m not so sure about Mitch McConnell and Paul Ryan.

Any bipartisan deal hammered out would have to be put forward for a vote. The multiple attempts to pass various versions of Trumpcare — all if which would’ve deprived tens of millions of healthcare — suggests a certain lack of commitment to maintaining care.

McConnell and Ryan could well side with President Trump in their desire to destroy Obamacare — consequences be damned.

And that leads up back to our conscience-free president. It occurs to me that Trump would also make a good Bond villain, with his overarching megalomania and psychopathic disregard for the suffering of others.

After all, the president of the United States of America recently threatened to withdraw disaster assistance to 3.7 million American citizens. Let that sink in.

Do you think Trump would’ve said that to Texas?

If Trump isn’t a Bond villain, perhaps he’s actually an alien (the outer space kind, not the ones he’s branded as rapists and murders). Would a human being well-versed in our culture and values have thought it was okay to toss paper towels the storm-ravaged like scraps to dogs or bread to starving peons?

Whichever is the case, it’s clear that our president is malevolent to his core. Who else could sign a death warrant for the healthcare of millions with a smirk?

President Luthor was eventually removed from office. But that was just a comic book.

In real life, there are no superheroes to save us from the villainy of Donald Trump.

We’ll have to save ourselves. 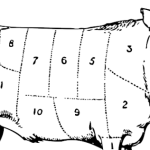 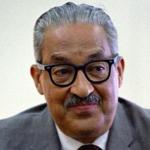 October 17, 2017 Thurgood Marshall: Mr. Civil Rights in an Era of Racial Regression
Recent Comments
0 | Leave a Comment
"The blog was absolutely fantastic! Lot of great information about how Music Therapy get you ..."
Monics Mery Music Therapy: Revealing Awareness and Awakening ..."
"Nixon didn't have the charisma that Trump does. So long as Republicans fear Trump's supporters, ..."
Nemo President Trump: Mimicking Nixon in More ..."
"does feal like that is the main diference between them, can anyone name any other ..."
noah johnson Lex Luthor is fiction, Donald Trump ..."
"Someone told me the internet in general has made people lose their compassion for other ..."
Brianna LaPoint Trolls: Warping the Internet into a ..."
Browse Our Archives
get the latest from
Nonreligious
Sign up for our newsletter
POPULAR AT PATHEOS Nonreligious
1