Christian Hypocrisy: Can the Unholy Still Be True Believers?

From time to time, Keith and I will get into a brief debate about the hypocrisy of particular believers, usually Christians. His position is that someone like Donald Trump can’t be a believer. Otherwise, he wouldn’t behave as he has. I opine that people have an incredible ability of self-rationalization.

I think Christians especially are prey to this because the doctrine says that all you have to do is believe in Jesus and repent your sins. Your misdeeds are washed away as if Christ were a brand of household cleaner. 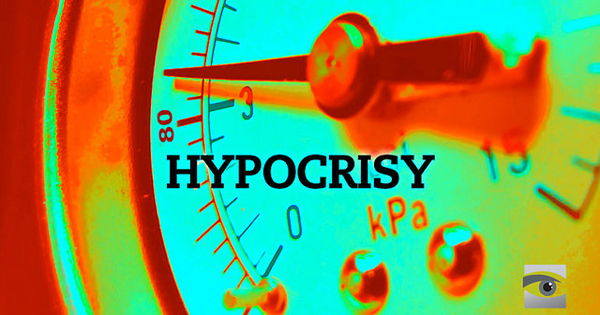 Of course, Trump is no evangelical. He’s had no road to Damascus moment, except to the extent that he knows that evangelicals were the linchpin of his Electoral College victory and continue to be among the most loyal of his base. Indeed, 80% of white evangelicals voted for this thrice-married vulgarian who has bragged about sexual assault and infidelity.

I’ll admit that Keith speaks as an Episcopal deconvert, whereas I had a completely secular childhood, and I’m also of Jewish heritage. But the core of our disagreement hinges on the question of whether people can continue to believe while engaging in behavior those tenants hold will condemn them to eternal damnation.

I’ve never been a believer, while Keith was once a fervent one, albeit in a liberal branch of an already liberalized denomination. He has two Episcopal priests — including a bishop — on his father’s side of the family.

I therefore don’t really have a solid standing on this issue. But that doesn’t keep me from having an opinion. In fact, my stance rests more on human nature than on the nature of faith.

And that leads us to Roy Moore. Now, I suspect we agree that Moore, like Trump, is actually a con man. They’re both hucksters who will sell whatever snake oil that will get them what they want.

Moore knows full well that the women who have accused him of child molestation and sexual assault are telling the truth. Yet, I believe he still considered himself a good Christian, even as he was assaulting girls and creepily pursuing teenagers for sex.

Moore no doubt had a host of rationalizations for his hypocrisy. Compartmentalization allows people like him to sequester indefensible actions, walling off sections of their minds to preserve their holier-than-thou self-image.

This is where human psychology meets the Christian doctrine of redemption. Christ died for my sins, after all. Why not this one?

See also: Roy Moore and My Molestations: When Political News is a Painful Trigger

Still, I thinks Moore well remembers his teenage trolling. He virtually admitted it to Sean Hannity.

Men like Roy Moore and Donald Trump, I believe, are political actors in the literal sense of the term. They put on a facade they know will fire up their supporters. In Moore’s case, it’s a well-hewn sense of persecution, as if gay marriage were the equivalent of Romans letting loose lions against Christians.

With Trump, it’s also a persecution complex, not only among his evangelical supporters, but also working class whites. At least the latter group has been actually disadvantaged — at least economically — in recent years. Yet they haven’t been displaced by immigrants and other minorities, but in many cases by the corporate interests Trump’s policies have actually favored over those of his base.

But that’s another story.

Hypocrisy, Thy Name is the Religious Right

Okay, so what about the evangelicals gobbling down the swill Moore has been copiously spreading for them? What accounts for their rank hypocrisy? After all, it isn’t their personal transgressions they’re rationalizing.

You already know the main reasons: Politics and tribalism.

Of course, I’ve established that I’m far from an expert on this subject. Even Keith, when he was a believer, was a universe away from evangelicals. So, I’ll quote John Fea, an evangelist history professor at Messiah College:

What you’re seeing here is rank hypocrisy. These are evangelicals who have decided that the way to win the culture is now uncoupled from character. Their goal is the same as it was 30 years ago, to restore America to its Christian roots, but the political playbook has changed.

With Donald Trump, the playbook faced its greatest test because he was not a man of character that evangelicals could embrace, but many did anyway. In the Roy Moore situation, very much like Trump’s ‘Access Hollywood’ situation, they’ve decided that the need to keep the Senate justifies embracing someone whose behavior they would universally condemn. I wish I could tell you there was some interesting theological distinction here, but it’s all just politics. It is a form of moral relativism.

Being an atheist, I wouldn’t be in a position to hate the sin, but excuse the sinner (as Hemant Mehta recently put it amusingly). Neither would I wrap my hypocrisy in a biblical cloak like the Alabama state official who compared Roy Moore’s molestation of a 14-year-old to Joseph and Mary. Still,  in situations like this I try to imagine what I would think if the party affiliation were reversed.

This is an easy question for me, as a survivor of child molestation (as it should be for everyone else). I’m also certain that I would never support a racist vulgarian like Donald Trump. The main difference is that I would be feeling embarrassed and disgusted that my own party had nominated such a revolting excuse for a human being in the first place.

My mind boggles at the naked hypocrisy of Christians who continue to support Moore despite believing the accusations against him. Alabama Gov. Kay Ivey has said that she has “no reason to disbelieve” Roy Moore’s accusers. Yet Ivey has announced that she’s still going to vote for this child molester.

Others have defended Moore as a good Christian. And to an extent, that’s true. This Southern Baptist would certainly be at home among Catholic clergy.

Moore was suspended from his position as Chief Justice of the Alabama Supreme Court for refusing a federal court order to remove a Ten Commandments display he had illegally installed in the rotunda of the Judicial Building. I can’t say if he truly believes that a granite monument with the Ten Commandments would restore morality to convicts. But he probably thinks he’s followed the letter of God’s laws.

After all, the Ten Commandments states,”Thou shalt not covet thy neighbor’s wife.”

It doesn’t say anything about his teenage daughter. 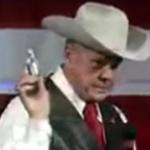 November 16, 2017
Roy Moore and My Molestations: When Political News is a Painful Trigger
Next Post 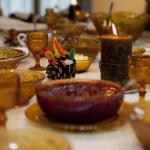 November 22, 2017 Weight: Giving Thanks for My Metabolism (Please Don't Hate Me)
Recent Comments
0 | Leave a Comment
Browse Our Archives
get the latest from
Nonreligious
Sign up for our newsletter
POPULAR AT PATHEOS Nonreligious
1