My Personal War on Christmas

It should be obvious by now that I had a rather, shall we say, mixed up secular childhood. In part, that was inevitable for a transplanted Yankee of Jewish heritage who was raised agnostic, but attended Unitarian churches in the Deep South, yet celebrated Christmas like the pseudo-goy I was.

This displacement was accentuated by the fact that my mother often seemed to raise me not by the parenting theories of Dr. Spock, but Mr. Spock…in the midst of pon farr amok time.

I was allowed to watch The Grinch Who Stole Christmas, but not A Charlie Brown Christmas (though I just went over to my friend’s house and watched it there). I did not become a Christian after my illicit viewing of this Christmas classic, bent to Christianity like Charlie’s spindly tree under the weight of its star. Neither did I become a Southern Baptist after I attended Sunday school with my step-cousins, nor a Mormon when I went with my friend to her Mormon Temple.

My mother didn’t object on either occasion because she understood that my interest was merely driven by curiosity about what they did on Sunday. She had done the same when she was a child.

And she didn’t say anything when I played Joseph in a Girl Scout Christmas play, either—after all, the original was Jewish too. It’s not like we practiced Judaism or celebrated the High Holy Days.

To her, as a doubter, the weak Judaism of her childhood seemed to hold no relevance. So, instead of exchanging presents on Hanukkah, we did it on Christmas. Since both were meaningless to her, why not?

As an atheist, I too have no use for the religion of my people. Still, I wish I had grown up with a stronger sense of Jewish culture and identity. Many secular Jews read from non-traditional Haggadahs celebrating the notion of freedom sans the erroneous Moses myth. Instead, I grew up feeling neither gefilte fish nor Christmas fowl.

For better or worse, I was left to work out this religious no man’s land for myself. After I became an atheist in my mid-teens, I began to conceive an antipathy toward the ubiquity of Christmas. TV programs become awash in sap, while everywhere you turned, the same Christmas songs repeated in endless loops.

My attitude softened, and finally dissolved, when I began dating my boyfriend Keith. Christmas is as big a deal in his family as it is in so many other Christian families, even though Keith himself is an agnostic and his sister an atheist. I got sucked into the North Polar vortex. (I should point out that Keith isn’t an agnostic because he hasn’t made up his mind, as was the case with my mother before she became an atheist.)

At any rate, I suspect that many of my readers have their own complicated feelings about Christmas. So as an antidote to all the Christmas schmaltz, I will end this post with an excerpt from my first published short story.

Some satires hide powerful social indictments amid the laughs. This is not the case for “Santascam,” which was originally published in Lite Magazine. The story is about an FBI sting of Santa Claus, after an agent realizes that Santa couldn’t be in all those malls at the same time. (Fortunately for Santa, Robert Mueller never got involved in the invesgtigation.)

Among the allegations, Santa has been accused of taking bribes laid out by children on Christmas Eve, like lobbyists “donating” to congresspeople. Or Russians offering dirt on Hillary Clinton.

It was the night of our bust, and all through the house, our recorders were whirring, taping the louse. The cameras were hidden from sight with great care, in hopes that the crook would be caught unaware. I glanced at my watch, and it said two o’clock. I listened intently as Claus picked the lock. Visions of indictments danced in our heads, as he broke his way into a house full of Feds. He burst through the door and turned on the light. And he looked quite disgusting, as he came into sight. His nose like a cherry; his breath like a beer. His clothes were unwashed, and his gait like a steer.

As he walked to the kitchen, the tension was great. Then he picked up a cookie and bit into the bait. With a chuckle, he poured the milk in the sink. And he trailed cookie crumbs, as he looked for a drink. He found him some whiskey and took a big slug. It spilled down his beard and onto the rug. With a curtain, he mopped up his face like an ape. Then he set down his sack, while he drank and he ate.

And when he was done, he took out the gift. He shoved it beneath the tree, with a shift. By the short‑hairs we had him; we told him to freeze. And he swore like a sailor, as he sank to his knees. “Run Donder, run Blitzen, run Prancer, it’s through,” cried Santa, but we were booking them too. We read him his rights and impounded the sleigh. His wrists were handcuffed, and we hauled him away.

But there is a cover-up by the powers-that-be and the charges are dropped. The story ends with the defiant Santa leaving prison.

And putting his finger inside of his nose, he gave us the moon while his rear‑end froze. He let out a belch, as he drove out of sight. Merry Christmas to all, and to all a good night.

If you like my writing, please consider supporting my work on Patreon. With a $12 pledge you can read the full text of Santascam (or any short story/essay of your choice), plus receive all the perks awarded at the lower levels of support. For only $1 a month, you can follow my recovery while you enjoy wildlife, nature, and garden photos, gifs, and panoramas, as well as other exclusive content. A pledge of $5 brings you the pre-publication versions of my Free Inquiry essays. Click here for more rewards: 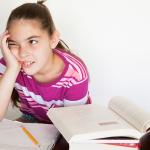 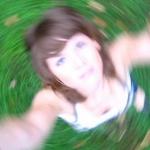 December 8, 2017 GOP and Religious Right: Blowing Smoke While My Head Reels
Recent Comments
0 | Leave a Comment
"Nixon didn't have the charisma that Trump does. So long as Republicans fear Trump's supporters, ..."
Nemo President Trump: Mimicking Nixon in More ..."
"does feal like that is the main diference between them, can anyone name any other ..."
noah johnson Lex Luthor is fiction, Donald Trump ..."
"Someone told me the internet in general has made people lose their compassion for other ..."
Brianna LaPoint Trolls: Warping the Internet into a ..."
"a bit late but this is so wierd i have to respone....It is exactly what ..."
Stephen Atheists Are Putzes Too: Lawrence Krauss’s ..."
Browse Our Archives
Follow Us!