Am I alone among progressives in thinking we should make common cause with conservatives who have the courage to buck President Trump? That we can condemn Republicans for policies we abhor, while praising them for standing up for cherished democratic values and against Trump’s nakedly racist divisiveness? That politicians like Jeff Flake and John McCain aren’t all good or all bad, but both simultaneously.

Of course, that’s true of most human beings. Even the good have ugly warts and the bad have soft spots. Hell, it’s said that Hitler loved animals.

I’m not alone in feeling this way, I knoww. But it can feel like that sometimes.

Can we progressives agree that our cherished American institutions are being assaulted from within? That we have a president whose basest instinct is to destroy and disrupt, sowing hatreds he himself harbors?

Vladimir Putin released a dirty bomb into the White House when he put his thumb on the scale of the 2016 presidential election. And it will continue to leak its deadly poison until 2021, when a Democrat will likely replace him.

After that will come the years — perhaps decades — of rebuilding our republic. Our duty is to limit the damage as much as humanly possible. And to do that, we will need to make common cause with Republicans who hold views we despise.

At every stage, we’ll need patriots who never lost faith in the institutions Trump denigrates on a daily basis. Some of those people  — perhaps many — will hold other views we disagree with.

Is Jeff Flake worse than Trump? Forget that he’s a Tea Party boy. Yes, even look past the tax bill. Forget but don’t forgive about Neil Gorsuch, too, though the damage wrought will continue to be felt for decades.

We’re never going to agree with conservatives on a cornucopia of issues. Yet we need any ally we can get to combat the unprecedented dangers of Donald Trump.

Who will stand up to Trump if he decides tor shutter the Russia investigation. Mitch McConnell? You’ll have to give me a moment to stop laughing. Paul Ryan? Devin Nunes?

Now my laughter has turned to tears.

The Republicans now have only a one vote majority, thanks the unlikely win of Democrat Doug Jones in Alabama (whom Jeff Flake supported over the nominee of his own party). Flake donated $100 to Jones, tweeting, “Country over Party.

He saw that manifest unfitness of Roy Moore transcended party loyalty. There were far more important values at stake than whether the already slim GOP Senate majority would be deli-sliced even thinner.

I think progressives should likewise accept that Trump’s GOP foes will hold a host of ideas we find repugnant. We need to divorce our ideological objections from the convictions we share with them. We have no choice but to make common cause. As deep as our disagreements are, we agree on something of bedrock importance: Donald Trump is endangering basic American values.

The very idea of truth itself.

Frankly, I don’t understand how so many of my fellow progressives can’t see that Jeff Flake and Bob Corker sacrificed their careers as rising stars in the GOP to speak out against Trump. As I wrote, of late Bob Corker has been holding his tongue on the White House “adult day care center.”

But what I didn’t mention — though I did in my first post about them — Jeff Flake withheld the news about his anti-Trump screed — Conscience of a Conservative: A Rejection of Destructive Politics and a Return to Principle — from his friends and closest advisers until just before it came out. He did this because he knew they would object that it was career suicide for him.

Flake knew he was committing political harakiri, yet he did it anyway because he felt he had no other moral choice. This is a profile in courage you rarely (if ever) see in politics these days. Look at the Republican scramble to excuse away Trump’s “sh*thole” countries comments.

Immigration hardliners Tom Cotton and David Perdue went from claiming they didn’t remember what Trump said to complete denial, reportedly because they assert they heard  sh*thouse instead.

Is the late master dark satirist Paddy Chayefsky (Network) writing the script of the Trump presidency? I know I’m mad as hell, and I’m not going to take it any longer.

And so is Jeff Flake.

That’s why he and his Arizona Senate colleague, the (likely) dying John McCain, both issued counter-offensives against Trump’s assault on the free press. Flake’s was on the Senate floor, McCain’s appeared in Washington Post. They were timed to coincide with the day Trump was set to announce his fake fake news awards. (All but one were mistakes that were corrected, though some of those were merely tweets, not stories. The “winner” was a prediction in liberal opinion piece…that was retracted three days later.)

In his speech on the Senate floor, Sen. Flake gave an impassioned indictment of President Trump that any liberal could’ve delivered:

2017 was a year which saw the truth – objective, empirical, evidence-based truth — more battered and abused than any other in the history of our country, at the hands of the most powerful figure in our government. It was a year which saw the White House enshrine “alternative facts” into the American lexicon, as justification for what used to be known simply as good old-fashioned falsehoods. It was the year in which an unrelenting daily assault on the constitutionally-protected free press was launched by that same White House, an assault that is as unprecedented as it is unwarranted. “The enemy of the people,” was what the president of the United States called the free press in 2017.

I know I’m repeating myself. And my quest to convince liberals not to dismiss Jeff Flake’s jeremiads as lip service as futile as his series of planned speeches. Indeed, when my last post was shared on the Patheos Nonreligious Facebook page, again, every comment was of the eff you variety.

I realize that these were the people angry enough to be moved to comment. But still, regular readers have made more reasoned versions of the same argument. And even some of my friends.

Progressives: Nowhere But Up from the Sh*thole

Jeff Flake’s self-immolation has opened up a prime chance for a Democratic pickup in the 2018 midterms. The GOP primary for Flake’s seat is shaping up to be a sh*thole. Or is it a sh*thouse? A tea-partier than thou zealot faces — brace for it– Joe Arpaio. Roy Moore redux without (so far) the molestation charges!

Facing a dysmally bad Senate map in 2018, the Dems have already picked up one more seat in the Senate…in of all places Alabama. (Again, “thanks” to Roy Moore.) And while I realize that Arizona is still on the main solidly red, it’s starting to fade to a pastel. Hillary Clinton “only” lost the state by 3½ points.

In Nevada, it’s Dean Heller high water. (Yeah, I know I used that one before. Deal with it.) And the midterms are turning from blue wave into a tsunami, in which unexpected seats tend to be washed away in the catastrophic tide. The Democrats already have the edge in flipping the House.

But even if Democrats somehow manage to flip both houses, November is ten months away. And they wouldn’t take office until January 2019.

We’re going to need GOP allies to keep the Trump administration in check in the meantime. And we won’t agree with them on nearly everything else.

Jeff Flake is showing every indication that he’ll spend his remaining year in office fighting President Trump’s assault on our democratic system. And his courage in sacrificing a “promising” career has opened of the possibility that his seat will flip to blue. For that alone we may be thanking him.

Yes, I know Sen. Flake’s career, on the main, was pursuing policies progressive all agree are atrocious (though he supports DACA). Jeff Flake was once seen as a rising star in the GOP,  yet he wasn’t willing to sacrifice his core values — ones progressives share — to retain his hard-won power.

People just don’t do that anymore.

I know I won’t convince most of my fellow progressives to change their minds on this. But can we at least agree that in this: Mr. Flake goes from Washington for all the right, principled reasons?

A politician walks away from politics to stand on principle. Now that’s a movie Frank Capra could’ve written. 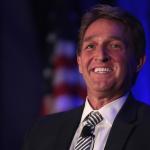 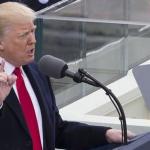 January 24, 2018 Trump's First Year Down, Three More to Go (Better Stock Up on Antacids)
Recent Comments
0 | Leave a Comment
Browse Our Archives
get the latest from
Nonreligious
Sign up for our newsletter
POPULAR AT PATHEOS Nonreligious
1