The last few weeks I’ve felt like the ground is shifting under my feet. My head swims when I close my eyes, and when I open them I struggle to maintain my equilibrium. That’s because I’ve been suffering from migraine-related vertigo (on top of my stroke-caused vertigo). But destabilization is the perfect metaphor for 2017 (and 2016, as well). My ten most popular posts of 2017* reflected that liquefaction of seemingly rock-solid verities.

10: Humans and Neanderthals: Kissin’ Cousins in More Ways Than One

In a time of renewed racial strife, it feels as if animus against superficial differences is hardwired into the human psyche. While it’s true that suspicion of outsiders is instinctual, Humans haven’t always harbored prejudices over far wider gulfs than those between our fellow Homo sapiens.

The evidence lies in the DNA of every person whose ancestors ventured out of Africa. They soon encountered some closely related cousin species. Neanderthal faces were chinless, with projecting foreheads. They were stocky and bandy-legged. In short, you wouldn’t see them on the runways of Paris today.

But that didn’t stop Donald Trump’s very distant ancestors from shagging them.

Though the Senate eventually managed to gut the vital Obamacare individual mandate in their massive tax cut bull, I mean bill, Graham-Cassidy did indeed turn out to be the last gasp of GOP attempts to repeal and replace the ACA.

This was my final post (of many) about the GOP’s 2017 push to destroy President Obama’s signature accomplishment. The Senate now has one less Republican, thanks to Doug Jones’s defeat of Roy Moore in Alabama. Though “replace” is undoubtedly dead, the Trump administration has repeatedly attempted to sabotage Obamacare. So far, the ACA has demonstrating unexpected resilience, yet this will be far from my last post about Trump’s subrosa repeal efforts.

8: Religious Curiosity: What Draws the Faithful Into the Fold?

I probably don’t write enough about religion — or the lack thereof — considering I’m writing for the largest nonreligious channel on the web. I think it has a lot to do with my secular upbringing. Yet that lack of exposure made religion and faith a thing of curiosity for me growing up.

I think curiosity about the world and the way others live is a potential learning opportunity and something that should be encouraged. Atheists have to avoid squashing that natural inquisitiveness.

You wouldn’t want religion to become forbidden fruit to your children.

7: My Personal War on Christmas

My secular-Jewish mom was an agnostic who had no particular attachment to Hanukkah. It was, after all, a very minor holiday elevated by diaspora Jews in a vain attempt to compete with Christmas.

Thus, we “celebrated” Christmas (if by celebrating you mean simply exchanging gifts). Years later, we established a Jewishified version of the holiday, eating lox and bagel then catching a movie on Christmas Eve.

Many deconverts have ambivalent feelings about Christmas. I therefore decided to end My Personal War on Christmas with an excerpt from my satirical short-short story, “Santascam,” which features a far-from-saintly Saint Nick.

I guess I was right, since this was my seventh most popular post of 2017.

6: Jehovah’s Witnesses: Hell on Earth Before My Morning Coffee

I guess the popularity of this post shouldn’t be such a surprise. Even Christians find Jehovah’s Witnesses annoying. Imagine being a deconvert roused in the morning by these door-to-door salvation sellers.

5: The Longview: Why I Hope Trump Isn’t Impeached

I have to admit that my thinking has changed about the thesis of this piece. Donald Trump proved himself to be far more dangerous than he seemed the early months of 2017. So much so that even a young-earth-believing creationist, homophobic, right-wing nutjob appears to be the more stable choice. And Mike Pence’s obsequious fawning over Trump has been so damage to his own standing that I think he would be far from a formidable candidate in the 2020 election.

If you lie down with skunks…

Trump himself has been such a disaster that the Cook Political Report rates the Democrats as a slight favorite to retake the House, despite heavy GOP gerrymandering of districts. Even with an extremely unfavorable map in 2018, the Senate is even starting to look like it’s in reach.

Yet this Sophie’s Choice between Trump and Pence has left me longing for a parliamentary system….

4: Trolls: Warping the Internet Into a Sadist’s Playground

The popularity of this post shouldn’t be too surprising. Who hasn’t fed the troll…despite themselves? Trolls are the monster under web.

3: Global Warming and Extinction: Is the Great Dying Coming to an Epoch Near You?

We’re in the middle of the Sixth Great Extinction. What would the conservatives among now-extinct species have argued to pooh-pooh signs of their impending doom? How would the Seismosaurus caucus throw its political weight around?

I answered this unasked question in a satiric post after President Knownothing withdrew from the Paris Agreement.

2: Adult ADHD: Curing Brain Farts…and the Stinks They Cause

Natural selection suggests that widely common disorders once provided an evolutionary advantage (or do in certain circumstances). In the case of ADHD, I might be the one distracted by that predator’s movement in the grass as everyone else is absorbed in their tasks.

However, the 21st century is built for people with brains that can automatically prioritize a gazillion different agenda items. In the modern world, deadlines have replaced cave lions for adults with ADHD.

I realized that I need to seek help.

1: Separationism: The Battle of Our Founding Fathers is Our Fight Too

It’s fitting that my most popular post of 2017 would be about the Wall of Separation between Church and State. We now have a president determined to take a sledgehammer to the foundational bricks laid down by presidents far greater than he.

Of course, Trump couldn’t care less about gay marriage and the right of LGBT couples to order wedding cakes for their receptions. But his evangelical base does care. And Trump’s number one priority as president is pandering to his base.

Even more dangerous to separationism is President Trump’s assault on the Johnson Amendment. He lost his most recent fight, but he hasn’t retreated from the front.

It’s a new year, but the secularist battle has just begun.

*Yes, this should’ve been my first post of 2018. (Yes, that was officially my first substitution of 2017 for 2018. New Year’s prediction: It won’t be my last). I didn’t think of it before I started on my last post, so sue me. But, hey, at least it’s still the first week of the new year. Barely. I did mention my ADHD…. 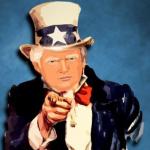 January 3, 2018
Unpresidential Parallel Universe: Would I Be as Hypocritical as the GOP?
Next Post 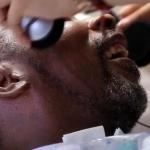 January 9, 2018 Music Therapy: Revealing Awareness and Awakening It in Doctors Too
Recent Comments
0 | Leave a Comment
Browse Our Archives
get the latest from
Nonreligious
Sign up for our newsletter
POPULAR AT PATHEOS Nonreligious
1