Trump’s First Year Down, Three More to Go (Better Stock Up on Antacids)

We just marked the end of the Trump’s first year. Or was it a decade? (By the end of his term it will have felt like a century in Trump Time.) At least we can celebrate surviving a full year of a history-making president. (After all, it’s quite an achievement to rise to the top of historians’ worst presidents list in only your first year of office.) Great job, Donny!

But will we survive until the second anniversary?

After Trump was sworn in, darkly promising to end a spurious and Nixonian American carnage, I vowed to quit writing about him…for my mental health. But I never found a time in Trump’s first year which I could come up for fresh psychological air.

Just when I was out, Trump kept pulling me back in.

Next week President Trump will deliver his first official State of the Union address. (The speech given in the first year is typically considered simply an address to a joint session of congress, presumably because they haven’t yet had time to accomplish anything or draw up a concrete agenda to lay out for congress.

And he was the one who rent it.

Incredibly, in Trump’s first year he’s proved to be a far worse president than even his critics feared. It seemed mere political cant when Hillary Clinton said in her acceptance speech at the Democratic National Convention:

Imagine him in the Oval Office facing a real crisis. A man you can bait with a tweet is not a man we can trust with nuclear weapons.

That was the most famous quote from the speech, but Hillary’s next comment is proving just as apt:

I can’t put it any better than Jackie Kennedy did after the Cuban Missile Crisis. She said that what worried President Kennedy during that very dangerous time was that a war might be started – not by big men with self-control and restraint, but by little men – the ones moved by fear and pride.

Donald Trump is literally JFK’s worst nightmare. And our own.

Throughout Trump’s first year, he has seemingly been bound and determined to prove Hillary right, taunting an unstable, nuclear-armed leader with schoolyard insults and conflating his sexual potency with his ability to launch nuclear strikes. And that was after threatening the leader of North Korea with fire and fury, vowing to totally destroy the country.

To say that Trump has degraded the office of president would the understatement of the millennium.

In his acceptance speech, Trump claimed that he alone could fix the system. It’s therefore fitting that anniversary  of Trump’s first year was celebrated stuck in Washington instead of partying with the donor class in Mar-A-Lago. While the president pointed his finger at the Democrats, he himself had fanned the flames of impasse with his rants against immigrants from “sh*thole countries,” burning down the bipartisan immigration compromise he had called for.

While the Dems quickly caved, he may have helped vulnerable Red State Democrats retain their seats. (More on this later.) I don’t think it’s fair to call it a defeat, in any case. Moderates from both sides of the aisle (and hardly moderates like Trump foe Jeff Flake) extracted a commitment from Mitch McConnell to hold a vote on the bipartisan immigration compromise hammered out by Lindsey Graham and Dick Durbin.

Hear me out. While certainly a political setback, it was actually an incremental, but strategic, advance in an ongoing battle. (But even Keith disagrees with me on this.)

The fight for citizenship for Americans raised in a country they were brought to as children, through no fault of their own, has turned into trench warfare. Until this point, McConnell had dug in, steadfastly refused to even put the bipartisan immigration compromise up for a vote.

With Susan Collins playing peacemaker, approximately two dozen senators — dubbed the Common Sense Coalition — are attempting to take the dis out of a dysfunctional Senate. It remains to be seen if they will ultimately be successful. The first step was to convince Chuck Schumer to “trust but verify” that McConnell wouldn’t pull the football out from under them if the Minority Leader agreed to end the shutdown.

It wasn’t Trump or McConnell that Schumer gave into, but Susan Collins. The next step will be even harder.

Graham and Durbin are within sight of sixty votes at this point. Though if they succeed the immigration fight in the rabidly tea-party-stained House will be a bloody battle, indeed.

President Trump doesn’t know his own mind (what there is of it). So his aides keep having to remind him what it is. That’s what happened to the Trump who seemed eager to sign a bipartisan compromise. Senior Policy Adviser Stephen Miller made sure to fill the meeting with immigration hardliners to keep him on the straight and narrow right.

It’s not like Trump venting about “sh*thole countries wasn’t from his racist heart. There have been so many examples of racism during his first year, but Charlottesville would have to rank as his rankest disgrace. It’s therefore, not exactly difficult to appeal to the president’s worst instincts.

And there are oh so many to choose from.

Yet I think a small part of Trump actually wants to be seen as a “good guy,” even as he relishes playing the role of President Bad Boy. Thus, we see his crocodile tears on Twitter over the fate of the Dreamers he himself endangered. That’s why Stephen Miller and Chief of Staff John Kelly have had to keep the president on such a tight leash, making sure he’s surrounded by plenty of hardliners to keep him from straying.

I’m afraid Stephen Miller will be harder to get rid of than Steve Bannon. In early February last year, I wrote — correctly, as it turned out — that Trump’s ego might lead to a falling out with Bannon and his eventual ouster (I wasn’t the first person to suggest this). The biggest schism between them, however, happened after Bannon had been forced from the administration.

And, yes, that had to do with their prodigious egos.

Yet Miller seems to be cannier than the bombastic Bannon. While, he too is being described as a Svengali to the president, Miller doesn’t go around painting himself as the power behind the throne. On the contrary, he’s proven himself to be a Trump ego fluffer of the highest order.

Thus, prying this sinister Stephen from the White House will be a lot harder.

So far, this doesn’t give us much hope that 2018 will be any better than Trump’s first year. Frankly, for most of the year, it won’t be. Still, the passion on the Left that Trump has unleashed became clear on the day his inauguration.

See also: Taking It to the Streets

And the disgust of the American people has grown throughout the year. In an NBC poll on the eve of the inauguration, the top word used to describe Trump was hopeful. (Seriously!??? Were they paying attention to the election? At all?)

The top word now, at the end of Trump’s first year? Disgusted.

It’s no wonder that there are growing signs of a blue tsunami in the 2018 midterm elections. Yet that’s ten months away. And even if Democrats manage to take both houses of Congress (10 out of 25 Democratic seats are in states Trump carried), they won’t take over until January 2019.

For progressives, that would undoubtedly make for a far cheerier second anniversary of Trump’s inauguration. Yet there aren’t enough antacids in the world to counteract the backwash of bile that will pour out of President Trump if Democrats wrest power from his congressional enablers.

In any event, it couldn’t hurt to start stocking up on antacids now.

2020 is only a year after the midterms (though it will feel like an eternity in Trump Time). 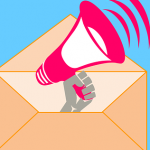 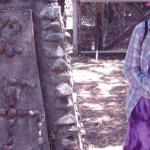 January 26, 2018 I was a Jewish Hitler in the Fifth Grade
Recent Comments
0 | Leave a Comment
"The blog was absolutely fantastic! Lot of great information about how Music Therapy get you ..."
Monics Mery Music Therapy: Revealing Awareness and Awakening ..."
"Nixon didn't have the charisma that Trump does. So long as Republicans fear Trump's supporters, ..."
Nemo President Trump: Mimicking Nixon in More ..."
"does feal like that is the main diference between them, can anyone name any other ..."
noah johnson Lex Luthor is fiction, Donald Trump ..."
"Someone told me the internet in general has made people lose their compassion for other ..."
Brianna LaPoint Trolls: Warping the Internet into a ..."
Browse Our Archives
get the latest from
Nonreligious
Sign up for our newsletter
POPULAR AT PATHEOS Nonreligious
1