Atheism is the absence of belief in the existence of God or gods. But you already knew that. Just as faith doesn’t guarantee that people live up to their professed ideals, neither does atheism. That truth has yet again been driven home to me: Atheists are putzes, too.

First came the report that Lawrence Krauss has been accused repeatedly of abusive sexual behavior. Okay, so it’s a case of shocked, shocked that a prominent atheist and skeptic should be snagged by #MeToo accusations.

But this came on the heels of the tragic events involving atheist activist Scott Smith’s murder of his wife and his subsequent suicide. I had long though that atheists would be less likely to commit suicide — barring terminal illness — because they don’t believe they’re going to a better place.

Pat Green set me straight, once more, in his fantastic and moving piece, TW! On Dolores O’Riordan, Abuse, Depression, Suicide and Surviving. It turns out that atheists are people too.

Yes, Atheists are Deplorables, Too

Atheists are also white nationalists, as an exchange with an atheist who slowly revealed his white power stripes in a series of exchanges in my post about racism directed at Asian-Americans, which also took a side-trip to the advances in LGBT acceptance represented by the very openly gay skater Adam Rippon and the position behind the NBC mic of openly gayish — but only self-outed after he retired — Johnny Weir.

See also: America Wins the Diversity Olympics: The Future of America is Bronzed

Here is the exchange. Note: Yes, I was too indulgent. I should’ve banned him right away.  But I take my responsibilities to be a fair arbiter seriously. I don’t want to ban all ideas I object to, cutting off dialog and making the comment section a carefully curated discussion built around my personal beliefs.

In other words, the very sort of echo chamber this racist and homophobic atheist accused me of being in.

See also: Trolls: Warping the Internet into a Sadist’s Playground

I’ve recently been shown that atheists have their fair share of illusions. Some atheists are idiots, too.

The hardest illusions to leave behind are those held about your own beliefs. 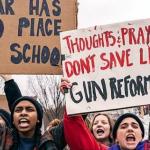 February 23, 2018
Gun Control: The Times are A-Changin' as the Young Say Never Again
Next Post 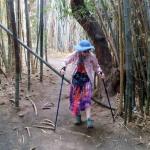 March 2, 2018 A Heartbroken Farewell to Stephanie Savage, "Miracle Girl"
Recent Comments
0 | Leave a Comment
Browse Our Archives
get the latest from
Nonreligious
Sign up for our newsletter
POPULAR AT PATHEOS Nonreligious
1