Evolution Caught in the Act: A Darwin Day Sampler Pack

Recent news has brought some surprises on the evolutionary front, just in time for Darwin Day. Indeed, one finchy report involving a familiar island would’ve particularly put a smile on ol’ Charlie’s face. Evolution isn’t progressive in a directional sense, but our knowledge about it is.

Evolution is a slow process, unfolding over millions of years. But scientist are catching it in the act of speciation over the course of mere decades.

In honor of Charles Darwin’s most emblematic discovery, I will start first with the discovery of a brand-spanking new Galapagos island finch species.

Thirty-six years ago, a large cactus finch flew from far-off Española island and made himself at home on Daphne Major. The medium ground finches soon got busy with the new hot stud.

But their offspring had a problem. Their song just didn’t turn on the island’s other finch species. And the distance to Española island was too long a commute for mating. What to do?

And — voila! — a new species is born. The principle of reproductive isolation once again shows its evolutionary power.

This new finch species — which its discoverers have dubbed Big Bird (and, no, their feathers aren’t yellow) — has occupied its own ecological niche. Their larger and more powerful beaks allow Big Birds to peacefully coexist with the other three species of finches on this small island.

After only two generations, Big Birds are feathering their own newly speciated nests.

If it hadn’t been for Darwin’s pioneering study of the finches of the Galapagos Islands, the arrival of the first entrepid Big Bird would’ve gone unnoticed. Other recent findings have instead involved the inadvertent role humans are playing in avian evolution.

Evolution and Natural Selection: Who Are You Calling Bird-Brain?

Darwin used the popular British pastime of dog breeding as a graphic illustration of the morphological power of artificial selection. Yet bird feeders are an even more pervasive passion in the UK.

More than half of British gardens are believed to contain bird feeders. And Brits spend twice as much on bird seed as their erstwhile EU brethren. If I were a bird, I would Brexit right over to the UK.

Blackcaps traditionally overwinter in Spain, but a population of blackcaps are instead heading over to the British Isles during the scarcity of winter.

Global Warming is real. But blackcaps don’t care about melting ice caps. Warmer winters in the UK are a net plus for birds who wish to sup on the beckoning buffet of British bird feeders.

While it’s too soon to talk about the evolution of a new species, shorter journey to their breeding grounds have led to rounder wings in this subpopulation. This shorter commute gives them a wing up on their Continental counterparts in the spring.

Their beaks are also longer and thinner and thus better suited to their man-made winter food source. And since they most often breed with their fellow British “snowbirds,” they’ve taken the first step to reproductive isolation.

Yet blackcaps are far from the only birds to have discovered the British bounty.

Great tits are common in both the UK and in the Netherlands. Wipe that smirk off your face!

The British great tits’ beaks, however, are on average .2 mm longer than those in the Netherlands.

Researchers sequenced the genomes of more than 3000 great tits and identified a common sequence among the British birds that’s known to be associated with face shape. Indeed, it’s the very sequence that has been shown to control beak shape in — you guessed it — Galapagos finches.

They’ve been able to determine that longer-beaked great tits successully raise about one more chick every five years than those with shorter-bills.

It’s a small difference in bill size, which takes a long time to pay off in terms of differential survival. But it over time it would add up to a significant selective advantage.

See also: Darwin Day: 4 Snapshots from the Evolution of Evolution

Fast-evolving bird beaks are even helping to control an invasive snail overrunning the Everglades, while at the same time helping to save an endangered raptor.

When island apple snails began out-competing the smaller native snails in a section of the Everglades, ornithologists fretted about the effects on the endangered snail kite.

Not to worry, said natural selection. Before long, snail kites with larger beaks began scarfing down the hefty escargot. Beak and body size among the snail kites has increased from eight to twelve percent since the apple snail invasion.

An apple snail a day keeps extinction away. (Sorry, I couldn’t resist.)

Yet my favorite recent example of a species caught in the act of evolving is the strange tale of the marbled crayfish. This bizarre new species is only twenty-five years old.

It popped into existence spontaneously, perhaps in an aquarium.

It’s unknown when the marbled crayfish first appeared, but the species only came to the attention of scientist after a German aquarium hobbyist purchased a bag of crayfish he was told were “Texas crayfish.” (Marbled crayfish are mutant slough crayfish, which are native to Florida and Georgia.)

The misidentified crawdads were supposed to be all female, which is why he was surprised to find progeny overflowing his tank like Tribbles spilling out of the cargo hold of the Enterprise.

Every single marbled crayfish is female. And a clone of every other one.

Forget The Trouble with Tribbles, be careful of the crayfish clones. The unwitting hobbyist was soon giving away cloning crustaceans by the cartload.

Marbled crayfish aren’t exactly snuggly, and they don’t coo endearingly. But they do breed if you feed them, just like Tribbles. (Otherwise they would die.)

If you have one marmorkrebs, you will quickly have thousands. Indeed, pet owner soon began dumping their excess marmorkrebs by the handful into local rivers and streams. They’ve been found as far as Madagascar, where it is rapidly replacing native crayfish.

The sale of marbled crayfish is now banned in the EU in a couple of US states, like, oh, you know already.

And much like their cuddlier Trekian counterpart, marbled crayfish are “born pregnant.” Well, not really, but close enough.

It’s impossible to know whether the mutation happened in a sperm or egg cell, but an abnormal sex cell with two instead of the normal single set of chromosomes fused with yet another cell, creating a triple-threat sex cell.

In humans, the duplication of chromosomes creates disorders like Down Syndrome. But this triploidal sex cell instead produced a new species.

When the very first female marbled crayfish began laying her batches of hundreds of eggs, they developed without fertilization. No males need apply.

And when mature, every single clone began begatting new clones.

This may seem like a good deal to many women. Yet parthenogenetic species are rare for a reason. According to one study, water fleas only evolved some 1500 years ago.

The first time a pathogen decides to target a clonal species their lack of genetic diversity bites them in their identical asses.

The marbled crayfish seems to laugh at evolution, appearing in an instant like the earth before the heavens in Genesis. Yet one day they too will likely fall prey to the winnowing ways of natural selection.

Call it Darwinian Dharma (without the mystical hooey).

February 12, 2018 Darwin Day: 4 Snapshots from the Evolution of Evolution
Recent Comments
0 | Leave a Comment
"The blog was absolutely fantastic! Lot of great information about how Music Therapy get you ..."
Monics Mery Music Therapy: Revealing Awareness and Awakening ..."
"Nixon didn't have the charisma that Trump does. So long as Republicans fear Trump's supporters, ..."
Nemo President Trump: Mimicking Nixon in More ..."
"does feal like that is the main diference between them, can anyone name any other ..."
noah johnson Lex Luthor is fiction, Donald Trump ..."
"Someone told me the internet in general has made people lose their compassion for other ..."
Brianna LaPoint Trolls: Warping the Internet into a ..."
Browse Our Archives
get the latest from
Nonreligious
Sign up for our newsletter
POPULAR AT PATHEOS Nonreligious
1 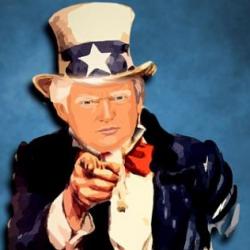 Nonreligious
Unpresidential Parallel Universe: Would I Be as Hypocritical...
Miracle Girl
TRENDING AT PATHEOS Nonreligious