Sex and the City 2: Orientalist Boogaloo

SEX AND THE CITY 2: ORIENTALIST BOOGALOO

Sara, Yusra, Safiyyah, and Fatemeh are here for your MMW SATC2 breakdown! We’re here for a frank discussion about the movie—so take note that there may be some serious spoilers after the jump.

Yusra: I read all the reviews bashing it for being boring and not living up to the series, and of course for being what many defined as anti-Muslim or offensive to Muslim women. I didn’t even want to see it. Whenever I saw the previews of the fabulous four among the sand dunes, I couldn’t help rolling my eyes. I went in thinking, “Oh, God, this is gonna be torture,” and maybe that’s why I didn’t think it was that bad.

I actually laughed and enjoyed myself, and nudged my friend when the cute Muslim men were made into servants for the women, and I appreciated the scenes when Carrie and Big argue over their not so exciting but “very married” relationship.

Sara: We have come a long way from the Carrie Bradshaw with an unruly mop, musing away on her black Apple laptop. As a long time fan of The Sex and the City series, the film felt sloppy, and was a continuation of Bradshaw & Co.’s steps away from the smart commentary on the sex lives of women, and turns more towards ridiculous fashion and stereotypes.

And I thought Aidan and Carrie’s “chance meeting” in the bazaar was just plain lazy writing. I mean, really? Throwing in a huge old flame like Aidan felt like a half-assed plot twist.

Speaking of clothing, all of the turbans and harem pants were really getting to me. Patricia Field, the SATC stylist, explained her choices to The Huffington Post, and she does an incredible job of reducing the complicated political, religious, and social history of the Middle East into sequined harem pants.

Sara: Carrie and her friends enter tacky territory: a trip into their very own Orientalist fantasy. Upon a first encounter with Muslim women—which obviously do not exist in New York City!—the women treat the sighting as if they are visiting the zoo, with Miranda as their tour guide.

Yusra: A lot of people took issue with the stereotypes enhanced in the flat dialogue and poor plot. References to magic carpets and oppressed women are there, but I didn’t find it offensive. Don’t get me wrong—it was Orientalist gloss form start to finish, but when an American visits the Middle East for the first time, they want to look at a woman eat French fries underneath her burqa. Even I want to do that!

Fatemeh: I had major issues with that scene—watching a woman who wears niqab wear French fries like she’s the main attraction on a zoo tour? Hell, no!

Sara: The film draws the line at what is acceptable. Covering the head: okay. Covering the mouth: not okay. The group agrees that it is synonymous with the women being silenced. The women are then in for a treat, as the object of their wonder begins to eat French fries underneath her niqab (or neek-wab, as Miranda prefers to pronounce it). I was heartbroken to see characters that I love use women in hijab as a punch line, which felt like a lazy replacement for better writers.

Safiyyah: I was still livid at the portrayal of Muslim women as subdued and shrouded characters, with “no voice” in the words of Samantha herself. Belly dancers, niqabis, burqinis, and humorless bearded men all make their appearance with disastrous effect.

Sara: The film makes wide assumptions about Muslim women, without having the main characters interact with them, furthering this image of Muslim women as something to be commented on.

Fatemeh: The ridiculous getaway scene with the foursome wearing niqabs was just so ridiculous. And dripping with irony: first, they agree that the niqab is restrictive. Then it ends up granting them safe passage through a mob of stereotypical angry Arab dudes.

That entire souk sequence—when Samantha’s purse broke and spilled condoms everywhere, which for some reason provoked the ire of every Arab male within a mile radius, causing Samantha to flip off everyone, and then the women in niqab “saved” the foursome after whipping off their abayas to showcase designer duds—it was just too much.

The film reinforced the standoffish attitude westerners have to Muslim-majority countries. Samantha’s middle finger isn’t a valiant push against conservatism, it’s a big “Eff you!” to intercultural respect. Rather than realizing that they were guests in a country that has different rules from their own, the fearsome foursome acted like Abu Dhabi was a sandbox at the playground where they could play “Arabian Nights” themed-dress up.

Yusra: This scene seems intent on portraying American women as sluts who are proud of their promiscuity, and the Middle East as anti-sex and anti-women-having-sex. Of course neither is true, but watching this movie affirms every stereotype you have ever heard about the U.S. and The Middle East.

The tiny effort that was made to explain anything was when Miranda reads out of her travel guide book and bids her friends to respect Arab culture. However, Samantha is bent on disrespecting it by trying to show how ridiculous it is, even though she is the one who is ridiculous. Take for example her run-in with the law after “just kissing” on a beach. She’s jailed for it, and acts like she didn’t do anything wrong, like the Muslims are intolerant, when even in the U.S., public indecency is a crime!

Sara: A major theme in the movie is that of the “New Middle East,” in which the Middle East is relentlessly accused of not being able to modernize itself, despite all the modern technology and luxury that the women encounter. Modernity, in their eyes, is only achievable with the West as a barometer.

Safiyyah: The “saving grace” scene at the end, in which the Muslim women throw off their garb to reveal the latest collections from New York’s catwalks and pull out copies of some beauty bible to discuss in their book club, is even worse because it smacks of condescension. As if women are only liberated when they meet Western standards of beauty, read Western books and wear Western clothing. Not that I expected much more from that bunch.

The references to Islam, women and culture are thrown together without distinction and never contextualized. The least that could have been done was an attempt at inter-faith and cross-cultural dialogue, which would have left the movie in much better stead, instead of the empty, one-dimensional, robotic representations of Muslim women and Islam.

Sara: The most annoying quality was the treatment of sex in the film. The main character was the sexual frustration of Abu Dhabi, the conservatism that silences the sex in the city.  I am not angry that they pointed out inequalities, but rather, that they showed a very simplistic version of oppression. Just as gender based inequality is complex in the United States, it is also complex in the Middle East.

Fatemeh: SATC2 left plenty of issues untouched. I thought the interaction between Carrie and Gaurav, her Indian manservant (neo-colonialism, ahoy!), could have introduced the topic of migrant labor in the Gulf, but the subject matter was much too heavy for a bougie froth-fest, so it never went anywhere. Why bring these issues up if not to explore them? This was perhaps SATC2’s attempt to dodge accusations of using brown people as scene props, but it fell flat.

And when the four are in a nightclub, Charlotte asks why the belly dancers get to wear skimpy clothing while Miranda tells everyone else to cover up. Miranda chalks it up to a “belly dancer/nightclub loophole,” not what it most likely is: human trafficking. Their karaoke rendition of “I Am Woman” rings pretty hollow when you realize that a lot of the “single women” in Emirati nightclubs are trafficked sex workers.

Readers, did you see SATC2 this weekend? What did you think?

June 2, 2010 The Lobby for Abu Dhabi -- An Essay by Carrie Bradshaw
Browse Our Archives
get the latest from
Muslim
Sign up for our newsletter
POPULAR AT PATHEOS Muslim
1 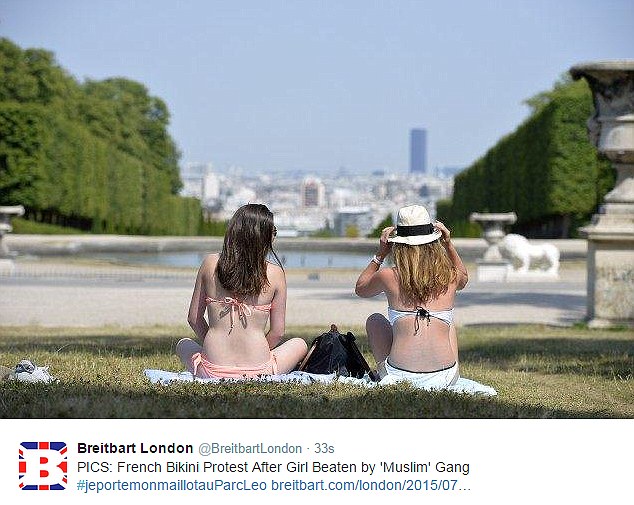