“Lost” Girls Are Not Sex Objects – Whatever Their Race

A group of nine men of Pakistani and Afghan origin were sentenced to jail recently for using alcohol and drugs to “groom” white British girls for sex.  The abuse took place in the town of Rochdale, near Manchester in northwest England.  The men, aged 24 to 38, were employed as taxi drivers, and included a religious studies teacher and a takeaway worker who were indicted for assaulting victims as young as 13 years of age.  Since then, another two people have been arrested in connection with another child grooming case in Rochdale.  The ethnic background of the latter two is not clear.

The arrest of the group has heightened racial sensitivities, with several British Muslim communities receiving an increase in hate mail and abusive phone calls, further stoked by statements from far right organizations like the British National Party and the English Defence League. Fiyaz Mughal, from Faith Matters, which has set up a new helpline (Tell Mama) to monitor anti-Muslim attacks, was quoted on this issue:

“This is dangerous for community relations,” he said. “There’s lots of discussion about ‘Muslim paedos’, like saying the prophet married a young girl. All of this disgusting talk is adding to the poison against Muslims.”

While politicians have generally distanced themselves from the surrounding controversy, police officials involved in the case have denied any causation between race and sexual deviancy.

“It just happens that in this particular area and time, the demographics were that these were Asian men.

“However, in large parts of the country we are seeing on-street grooming, child sexual exploitation happening in each of our towns and it isn’t about a race issue.”

Additionally, recent comments by Trevor Phillips, the chair of the Equality and Human Rights Commission, a public body tasked with monitoring and promoting equality across nine key thematic areas in Great Britain, have further emphasized the alleged racial undertones of this abuse case.  Phillips considers it “fatuous” to deny that the men convicted were Asian and their victims white.  He further underscored the role of “closed communities” where people were either afraid to speak out against such behavior or were separated from other communities, thereby condoning such behavior.

In this regard, it is worth taking note of one particular quote by Lady Warsi, the Conservative Party co-chairman and Member of Parliament.  In an interview with the London Evening Standard, she states that “there is a small minority of Pakistani men who believe that white girls are fair game.”

Sayeeda Hussain Warsi is the third Muslim, and first Muslim woman, in UK Prime Minister David Cameron’s cabinet, a trained solicitor born to Pakistani immigrants, who was elected from a constituency with a heavy Muslim presence.  On this particular issue, Lady Warsi adds that this minority of individuals see women as second-class citizens, and white women probably as third-class citizens.  She also recommends that communities take heed and speak out against such behavior.

While Lady Warsi is right to suggest that for some Pakistani men, white girls may indeed be fair game, she has failed to consider that such comments are too based on stereotypes wrought from hyper-sexualized media images of white women, ironically, created by white men.  Much of the Muslim myth about Western women portrays them as oversexed, promiscuous, and with revolving doors in their knickers. How is this different from Orientalist fantasies of women in chadors or hijabs?  It isn’t: women in both cases are subject to objectification and misogyny, both of which ultimately transcend cultural and ethnic barriers.  A recent Jezebel article by MMW‘s Sara Yasin addresses the Western obsession with Muslims and sex, suggesting it stems from a desire to peek into the harem and to understand whether or not Muslim women are, in fact, oppressed.

“The secret sex lives of barbaric Muslim men and their oppressed wives is not a relic of a Colonial past, but still something that continues to enthrall us today.”

Imam Karmani (who, in addition to being an imam, is a psychologist with experience in youth and community work) offers courses and workshops to help change the attitude of young British Pakistanis that he believes underlie the cultural assumptions which have led a number of Asians to become involved in the on-street grooming of schoolgirls for sex.

“Many of these men do not understand what is appropriate behavior in wider society and what is not,” he adds. “They are so lacking in social skills – because relationships between men and women in Pakistani culture are characterized by a real formality – that they can misconstrue an ordinary conversation with a white girl in their taxi and think she is indicating that she is open to a sexual advance when that is not what she means at all.”

What the Rochdale gang did is wrong.  It cannot be emphasized enough how terrible the acts of these men has affected a community and a nation.  No community should protect individuals like them.  But to place blame on a race, religion, sect and or to make causations that demonize a community based on the acts of an reprehensible few is not justified.

Imam Karmani’s attempt to address the communication gap between the sexes is a commendable  effort to bridge understanding of such a sensitive issue.  Conservative societies like those found in many predominantly Muslim nations have a tendency to shun discussion on issues relating to sex and the culture that surrounds it. This only serves to fuel ideas and perceptions which are oft misconstrued and can lead to expectations which hurt intimacy and relationships.  Communicating may not remove the taboo or shame associated with sex but it may empower individuals to make better choices about their personal lives. 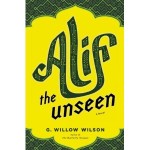 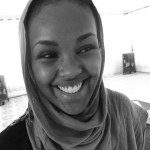 May 31, 2012 TEDxMogadishu: A Talk by Ilwad Elman
Browse Our Archives
get the latest from
Muslim
Sign up for our newsletter
POPULAR AT PATHEOS Muslim
1

America Leaves a Mess Behind in Afghanistan-Again
We have all seen the chaotic scenes of Afghans trying to flee...
view all Muslim blogs
Copyright 2008-2021, Patheos. All rights reserved.