Are We So Different: A Documentary Short Film That Falls Short of Telling Women’s Stories

June 19, 2012 by diana
Are We So Different: A Documentary Short Film That Falls Short of Telling Women’s Stories June 19, 2012 diana

“Amra Ki Etoi Bhinno” or “Are We So Different” is a film that follows hijras — a South Asian term for physiological males who identify with the feminine gender, wear women’s clothing, or take on other feminine gender roles — as well as bisexual and gay men living in Bangladesh. In doing so, it attempts to document their struggles as members of marginalized communities and their unique experiences of managing the not-so-welcoming environments around them.

The variety of gendered realities and sexual practices displayed in this short film makes it a candid representation, as it illustrates the diverse and intricate distinctions between gendered and sexual identities. For example, the film portrays a couple, Badol and Sohel, who are living together. Sohel is a gay man, while Badol is a hijra.  When being interviewed, Badol says that his family’s problem is not with his sexual desires towards men, but rather with his identification with female gender roles and wearing of female clothing.  This difference is telling of the historical social acceptance of same-sex desires within some cultures, so long as these desires are easily hidden and do not pose a threat to the patriarchal societal structure.

The film also depicts the reality of men who are either bisexual or gay, but choose to enter into a heterosexual marriage while having other relations on the side. Some are forced into marriage to hide their sexuality, while some others see heterosexual marriage as a way to “ensure the next generation.”

One of the more hard-hitting realities displayed in brief glimpses throughout the film is that, because of severe marginalization, young boys who are disowned by their families, for not fitting the expected sexual norms, are often taken advantage of within isolated groups, either raped, left to beg, or forced into prostitution.

While I do appreciate the subtle distinctions made in the film and the candid nature in which the stories were told, I am disappointed to see women left out of the picture. With regards to topics that are deemed  “queer issues” or “trans issues” it seems that LGBT women are constantly sidelined, their stories unheard, their depictions left to the fantasies of heterosexual men, and their struggles left to the agendas of “Western feminists.”

I have speculated as to why this is the case, specifically within conversations on queer issues that occur amongst members of South East Asian, Arab, or Muslim communities. It’s surely not for the lack of LGBT Muslim women, but perhaps more broadly attributed to the much greater attention paid to the religious prohibition of same-sex intercourse between males versus the ambiguity of same-sex sexual acts between females. Maybe it is the perceived threat to patriarchal social order that makes it harder to speak openly about or as queer women? Still, it could be attributed to the symbol status that has been heaved upon Muslim women, which makes them cultural signifiers  [symbols of piety, honor, and religiosity] and thus silences them by deeming the topic out of bounds.

Whatever the case, the multidimensional marginalization that they must face—as women and also as members of LGBT communities—makes it more important that the stories of LGBT Muslim women are told. It also makes painfully clear that the social position of the female sex within any given society goes hand-and–hand with that societies treatment of other minority communities, be they LGBT, poor, or religious minorities.

In light of Film Festivals such as the one this film was featured in, and recent advancements in civil rights legislation in other South East Asian countries that would allow transgendered citizens to identify as such when registering to vote, it seems that the space is being widened for broader conversations regarding sexuality and gender identity to occur safely. I only hope women will be included in these conversations. 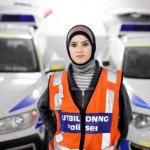 June 18, 2012
The Case of Södertälje: “Immigrants Can Be Racist Too”
Next Post 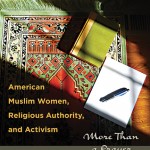