This post was written by guest contributor Deonna Kelli Sayed.

Divorce is a growing challenge for North American Muslim communities, as well as in Muslim societies around the world.  Part of that challenge is a lack of understanding regarding Muslim female experiences post-divorce.

Thoughtful, researched dialogue exists concerning legal issues impacting divorce among Muslims in North America, for example, as there are unique legal, social and cultural realities impacting these communities.  Women are often the primary focus of public discourse on such matters, and for good reason – a 2012 study, “Understanding Trends in American Muslim Divorce and Marriage,” conducted by the Institute for Social Policy and Understanding  (ISPU), revealed that the majority of divorce narratives came from women. This is most likely because women “are required to be more proactive than men in obtaining permission to divorce.” While there is nascent attention focusing on rising divorce rates, there is scant dialogue on the multiple challenges and various realities facing Muslim women after ending a marriage.

Spurred by the 2003-2005 debate on sharia in Ontario, the report aimed to study the how Muslims in North America contextualize marriage and divorce. Qualitative data was gathered primarily by direct interviews with Muslim couples in the United States and Canada.  A total of 212 individuals were interviewed between 2006 and 2010 and reflected an extremely diverse and educated group, on par with demographics of the larger North American Muslim community.

The report suggests that current divorce discussions among Muslims in North America centers on negotiating the civil court system and the implications of sharia-based endeavors in Western societies. The latter component focuses on how to bring imams and other Muslim community organizations into the dialogue. These are important and welcomed developments.

Likewise, the report highlights that most community-based discussions on marriage and divorce rarely end there.  I discussed the report’s findings with other Muslim women, and many suggested that community dialogue on these matters remains antiquated and overly simplistic, often suggesting a “checklist” mentality when choosing a life partner as well as in approaching the decision to end a marriage.

A checklist for marriage might include items such as being from a certain ethnic group or of a particular professional demographic. Similar requirements are suggested when considering “permissible” reasons for divorce. Yet, there is no cookie cutter model for Islamic marriage or divorce, particularly in the increasingly global context of Islamic identities. Many Muslims express that the normative discourse on love, marriage, and divorce often excludes the complexities and multiple narratives contributing to a relationship’s happiness or its demise.

Most discussions on divorce within the community focuses on mosqued Muslims. Yet, it is not unusual for unmosqued Muslims to socially identify with Islam and remain observant when following major life rituals related to marriage, divorce, and death. The ISPU report backs this up:  non-observance Muslims may abstain from Ramadan, for example, yet still desire to have a nikkah contract when marrying. This applies to Islamic talaq, or divorce, if such an event occurs. Interestingly, the survey also acknowledged most Muslims in the study sought civil court orders for divorce, yet privately obtained sharia based decrees, as well.

The report emphasized that Muslim women face unique post-divorce challenges wedged between these two legal realities: a civil court law in addition to sharia.  Discrepancies can arise, particularly if imams known to the women are slow to provide a divorce decree.  A woman may be legally divorced per civil court order long before her local Muslim community accepts it. Or, in some cases, iddah and khula/ talaq may be completed before she obtains a legal divorce, depending on varying State laws.

Another element the report discussed is how non-Muslims may negatively view sharia and divorce discussions due to a prevalent misunderstanding and politicization of “sharia law” and Islamic culture. Muslim women often bump up against assumptions from the larger non-Muslim society that their husbands must have beaten, mistreated, or somehow victimized them.  Cultural, religious, and jurisprudence issues become lost in translation with women seeking legal advice, mental health counseling, or even a sympathetic, friendly ear from non-Muslim friends.  Within these contexts, many Muslim women feel isolated and without a language to articulate their struggles.

There are resources, however scant, for women attempting to leave abusive relationships.  More assistance is needed, and there is increasing awareness among Muslims worldwide to proactively address domestic violence. However, abuse characterized only one in three divorces discussed in the ISPU study, suggesting that most Muslim marriages in North America end for reasons other than spousal mistreatment.  There are few resources for women who opt to leave emotionally or spiritually barren marriages, and even less social and spiritual support from the Muslim community.

Islam places a great deal of importance on marriage.  This translates into complicated everyday challenges for divorcees.  Both the ISPU report and the divorced Muslim women I consulted for this article, including a twice-married Indian woman active in her mosque, suggested that women in the community sometimes perceive a divorced woman as a threat or on the prowl for a new husband.  Along these same lines, divorced women active in Muslim communities feel vulnerable to inappropriate comments or inaccurate assumptions from men about their sexual availability.  There is also the notion that, upon divorce, Muslim women have a diminished pool of men available for remarriage.   This implies that women have to “take what is offered” if they want to marry again, thus creating a potential cycle of unhealthy and unsatisfying relationships.

These variables may contribute to a growing number of Muslim women opting to remarry outside of the faith. Going outside of the Muslim community may be overwhelming. Non-Muslim dating often provides different relationship models and requires new discussions on sexuality.  Many Muslim women are accustomed to the “checklist” mentality where other Muslims provide character reports on potential partners. Thus, entering a relationship with a non-Muslim is akin to exploring foreign land in a blindfold. This is uniquely problematic for women raised in non-Western societies or whose first marriages were arranged; there is no compass for embarking on new romantic territory.

Marriages between Muslim women and non-Muslim men remain contested, yet such relationships are on the rise and demand acknowledgment. These unions provide unique intersections when forming new Muslim identities in North America, and are an increasing part of the Islamic female experience.

The presence of children and child custody arrangements potentially complicates issues, as well.  There is virtually no narrative addressing the various challenges facing single Muslim mothers and the integration of blended families upon remarriage.

The report did not go into too much detail regarding the interpersonal aspects of divorce.  Some Muslim women find there is little spiritual support for women during the divorce process.  Many may internalize guilt or shame when deciding to end their marriages.  A divorced volunteer at an Islamic Center indicated that normative Islamic discourse often exacerbates these feelings rather than encouraging nonjudgmental guidance during a confusing and often overwhelming rebuilding period.

The Muslim community is embracing increased public discussion concerning the quality of marriage, reconciliation, and amicable divorce. However, lacking is dialogue and a support network for divorced Muslim women.  Very few social and community-based resources exist helping Muslim women negotiate life experiences post-divorce, regardless of her level of religiosity and community participation

There is public interest in hearing such stories, however. The phenomenal success of Love, Insha’Allah: The Secret Love Lives of America Muslim Women points to increasing awareness regarding the multiple ways Muslim women love, marry, and divorce.  This also suggests that American-Muslim women hold a great deal of power in forming new narratives of being and belonging in society, married or not.

The report indicated how nuanced relationships are within the Muslim community. Building on that report, the next step are community based support systems, including female only support groups for Muslim women, a database of culturally and Islamically sensitive therapists (modern technology such as Skype can make remote therapy possible), job and skill training, and even local babysitting clubs for divorced Muslim mothers.

Finally, there is a need for stories – real stories of the struggles and triumphs experienced by divorced Muslim women, regardless of religiosity, at a time when many feel spiritually depleted and ignored. From that point, perhaps Muslim communities can shift from a discourse of chastisement to one of care, reflection, and support. 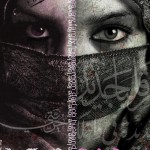 March 22, 2013 Friday Links | March 22, 2013
Browse Our Archives
get the latest from
Muslim
Sign up for our newsletter
POPULAR AT PATHEOS Muslim
1