The Headwrap Expo: Shifting the Conversation

Patheos Explore the world's faith through different perspectives on religion and spirituality! Patheos has the views of the prevalent religions and spiritualities of the world.
On June 8th, the 2014 Headwrap Expowas held in Dearborn, Michigan, billed as an event on “the art of headwrapping and scarf styling,” bringing together fashion, culture and interfaith dialogue.

The event was presented by Beautifully Wrapped, an organization celebrating the art of headwrapping. According to Zarinah El-Amin Naeem, founder of Beautifully Wrapped, The Headwrap Expo is intended to celebrate “fusion — looking at how different cultural aspects, different things that people wear in different parts of the world are adopted across into other cultures.”

“It’s an intercultural, multi-faith event that brings together all these different groups…We have the Sikh Indians, we have Muslims, we have Christians, we have Jews, we have African Americans, African immigrants, everybody coming together. Once we’re there, we share, we talk about love, we have workshops, we have fashion stylings, fashion shows throughout the day. It’s a whole affair.”

The “whole affair,” as Naeem puts it, includes dozens of vendors and educational workshops on spirituality as well as style, topics ranging from natural hair care to “African adornment” to a special workshop for people dealing with hair loss from chemo or from other causes. In an interview about last year’s Expo, Naeem said:

“We pull a multi-religious, multi-ethnic eclectic group of people, many of whom are humanitarian minded and enjoy diverse colorful atmospheres and mingling with people from various backgrounds…From London, New York Runways and Prada, to the streets of Morocco, Malaysia and Nigeria, headwrapping is a global phenomenon enjoyed by women and men of all backgrounds.”

This sense of a hybrid, multiethnic “colorful atmosphere” is very much evident from looking at the poster from the 2013 expo, which features women of different ethnicities in various kinds of hijab and in elaborate headwraps. In contrast to such events as World Hijab Day, the Headwrap Expo presents itself as a way of bringing people together around the idea that head-covering is a common practice across many religions, rather than just focusing on hijab.

“Your head is your highest point of your existence; it is the part that has our consciousness. So when you cover your head, it is a constant reminder that something is greater than yourself, the Lord is the one you are you to revere. That is the big thing for many spiritual cultures — look at nuns, Rastafarians, Jews, Muslims — all these different spiritual groups have some type of head cover. That’s no accident.”

Is this a form of public relations for head-covering in general and hijab in particular? I think that is obvious. But rather than preaching about the requirements of “modest dress” and “correct dress,” or getting non-Muslims to “try on a hijab” as though that is a way to “feel Muslim” this kind of event can work as an effort to help bring people of different communities together.

I was reminded of hijab tutorials, and in particular, a tutorial by a person who identifies herself as “the non-Muslim hijabi” and notes, “I’m not Muslim, however I do like to wear hijab. The draping of fabric framing the face is beautiful.” Similarly, at the Headwrap Expo, the spirtituality of headwrapping, and whether or not is required, seems to be secondary to the focus on fashion and style and the aesthetics of headwrapping.

That’s not to say that this is a bad thing. When I first wore hijab, I was the only girl in my school who covered her hair. There was, however, a Ghanian teacher who wore an elaborate head-wrap, and who, like me, often got stares from the other students, as well as other teachers. I remember the affinity I felt with her, which was not related at all to faith, but simply to the fact of being identifiably dressed as different. We are often told things like “being different is liberating” and that it is all about self-expression – but it can be lonely and frustrating, when for example, a child won’t sit down next to you on the bus because, from the point of view of the child, you “look like a witch.” So next time, you remember to wear colorful clothes because being in all black might be intimidating to little kids on the bus, and you make an extra effort to smile.

“As much as I am interested in sharing, dialogue and debate, as a hijab-clad woman, my concern is not, and will never be how other women “feel” about a hijab that they do not wear regularly…This exercise reduces a Muslim woman to one yard of material. It is not an action that one can adequately educate and put another woman in their position. It’s completely disingenuous  to think so.”

I agree entirely with this sentiment – trying on a hijab for a day does not automatically mean you’ve walked in another person’s shoes.  But while there is no “insight” that can be gained just by covering your head with a piece of cloth, there are insights that can be shared when people of different meet around the diverse practices of head covering, with all their different symbolism and cultural meanings. The Headwrap Expo shifts the conversation in useful ways, because rather than the one-way track of asking non-Muslims to understand or accept Muslims, it asks people of different backgrounds to understand each other and to engage in creative collaborations. That is why, in the midst of all this personal and political hubbub around the piece of cloth some women choose to cover their heads with, events such as the Headwrap Expo are something to celebrate. 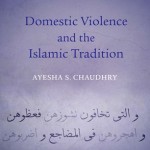 4 responses to “The Headwrap Expo: Shifting the Conversation”