It was a quiet show for Aliyah this week, where she shared only one scene with her brother, Carter. She sets him up with an apartment in Modesto, and has a job lined up for him at the masjid. He’s still struggling with calling her by her Muslim name:

It goes downhill for Carter once Aliyah leaves, as he: meets Aubry, loses his tracking device, sets off to leave the country, realizes it’s a bad idea, has a violent (lethal?) run-in with a drug dealer, and returns to his apartment where Aubry overdoses and is taken away on a stretcher. The show ends with the camera lingering on Carter in the back of a squadcar.

Last week’s show also showed Tony’s family (the Mexican American boy who was sent to juvenile detention for providing access to a car) struggling with having him back home. They attend Sunday service at their church, where they receive disagreeing looks from their congregation members. This prompts a visit from the pastor himself, who asks that they attend the Saturday service instead, as the congregants are uncomfortable having their family there (Tony’s father had previously mentioned his disdain for undocumented immigrants in a TV interview, which doesn’t jive with the church’s support for them).

The juxtaposition between Aliyah’s support from the masjid and Tony’s family’s lack of support from their church was intriguing. Aliyah reminds Carter of the support he’s received from the masjid members. He appeared to feel concerned about some of the decisions Aubry suggested (leaving the country, cutting the tracking device), and was trying to make amends before things spectacularly backfired. Tony, on the other hand, is at a bit of a crossroads trying to decide how he wants to live his own life—support from the church isn’t as important to him as it is to his father. The show is unique for showing how social contexts surrounding the characters influences the decisions they make—the characters aren’t merely living life on their own.

How will Aliyah respond to Carter going back to jail? How will the masjid respond to whatever is in store for Carter now? Next week should be interesting.

Next week on American Crime: 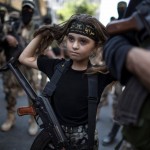 April 9, 2015 On Sex Work and “Muslimness” as a Fetish
Browse Our Archives
get the latest from
Muslim
Sign up for our newsletter
POPULAR AT PATHEOS Muslim
1

3 Expert tips on how to organize an...
When organizing an event, you want to ensure that everybody knows what...
view all Muslim blogs
Copyright 2008-2021, Patheos. All rights reserved.