A recent study has shown the number of Saudi women who do not marry young has shot up to four million, more than double the number five years ago, because apparently Saudi women prioritize employment and education over early marriage.

A reader of The Arab American News, who had stopped at a traffic light with the Muslim biker, sent a photo to the newspaper. It was taken at an angle that did not reveal the woman’s identity, but still captured the fact that she wore a hijab. The photo stirred some debate.

Riad Azzam writes about the recent judgement of the Supreme Court of India rejecting a petition against a CBSE directive that had banned the wearing of veil or any other headgear during the AIPMT exam in India.

How are Muslim Lolitas changing the face of Harajuku fashion, according to Marie Claire, “One headscarf at a time?”

“Women in the Middle East” is a pornographic film created by PornFidelity, aimed at “empowering” Middle Eastern women. But is it really doing that?

In recent years, the clothing industry among Somali women living in Minneapolis has seen an increase in a new generation of entrepreneurs, who have joined the field to bring new, more stylish design ideas to young Muslim women.

Lila Igram, founder of Connecther.org, writes about “Muslim Women Superheros” and what they mean to her.

Acknowledging their efforts to empower Muslim women in Scotland, a group of women councillors have been nominated to receive the Scottish Health Award for their work to help vulnerable women.

Abrar Shahin, a Muslim student of the 2015 batch of Clifton High School in Clifton, New Jersey said Hijab is her choice, and also her style, after winning the ‘best dressed’ award this spring. 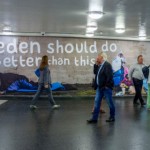 August 10, 2015 When Beggars Give You The Salam Nod
Browse Our Archives
get the latest from
Muslim
Sign up for our newsletter
POPULAR AT PATHEOS Muslim
1