What? No Gurus? Quakers Have a PR Problem

At a large gathering of Quakers this month, I became very excited about bringing a workshop to my home meeting and inviting like minded non-Quakers to join us. Experiment with Light was conceived by British Quaker Rex Ambler in 1996 to investigate early Quakers’ experiences as they left the Church and found their own way.  No clergy, no dogma, and no one telling them what to do. Then I realized that I might have trouble attracting people to this idea without a speaker or expert. A Friend overheard my ponderings and succinctly explained the problem with attracting people to Quakerism. She was joking, but her insight was right on.  We have no gurus.

In fact, the lack of gurus is what appealed to many who become Quakers. Scores of Friends tell a version of the same story. They were seeking a religious experience, but they didn’t know what it was they were looking for. They participated in a wide range of religious and spiritual gatherings, but they we still searching. Then someone suggested they attend a silent Quaker Meeting for Worship. As soon as they sat down, they felt like they were home. And they stayed.

What is the attraction? What were those early Quakers doing that has carried over the years and still works for so many today?

The Experiment in the Light workshop is an effort to get to that early experience. My one-morning-long exposure to the process and to Friends who have been practicing it convinced me to try to do more of it, to bring it to my home town. I look forward to inviting people to explore this together, to find our way together, to be as early Friends were when they sought the Light of God in everyone. Wouldn’t everyone want to do this?

No. Not without a  guru. Or a celebrity. Or a reality show.

The Problem of Proselytizing

My enthusiasm for bringing in a workshop for everyone and the subsequent reality check brought to mind the problem with proselytizing Quakerism. For unprogrammed, silent Friends, it is just not what we do. In fact, I recently saw a FB post where a Quaker simply put up a (rather large) sign announcing there was a Quaker meeting at a college, and he thought that was proselytizing too much. I wondered if the Watchtower magazine had ever been left in his hand by folks who come to the door — now that is proselytizing.

But underneath the admonition against proselytizing lurks the real problem with trying to tell people about the Quaker worship experience and our faith. You have to try it to see if you might like it.  No amount of words will capture the essence of seeking and experiencing Light. Several years ago a group of Universal Unitarians asked me to talk to them about silence. I was honored, but it seemed ridiculous to me to talk when the in dwelling Spirit speaks on its own through the silence. They weren’t amused by 20 minutes of sitting in silence. I was a flop.

So, I’ve lowered my expectations, once again. My F/friend and I will do some organizing to find a time for our own Experiment with Light. We will tell the folks in our meeting, and we may even invite some others to come. But we won’t bring in a guru or pretend to be one ourselves. As with so many things that make life worth living, it is best to come to it because one is attracted to it, not because someone promoted it. 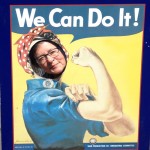 June 14, 2017
Don’t Disrespect My Mom: A Lesson in Feminism From My Son
Next Post 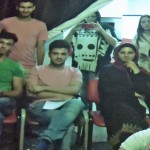 July 7, 2017 Writing a Poem Together from Gaza City to Colorado Springs
Recent Comments
0 | Leave a Comment
Browse Our Archives
get the latest from
New Visions
Sign up for our newsletter
POPULAR AT PATHEOS New Visions
1 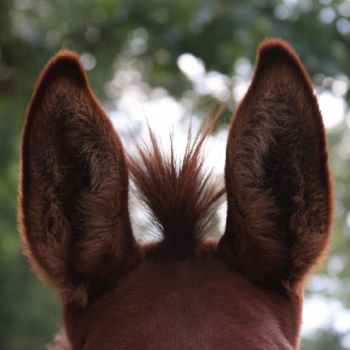 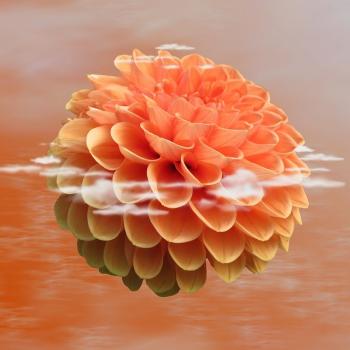