The Verse of the Sword

9:5 “Fight and slay the pagans wherever ye find them, and seize them, beleaguer them, and lie in wait for them in every stratagem (of war).”

Sounds scary right? It’s known as “The Verse of the Sword”, and admittedly many Muslims have used this verse to justify their corrupt intentions. However, it does not establish a doctrine of perpetual violent jihad against all non-Muslims for all time, as the Anti-Muslim Brain Trust would have you believe. I will show this, and then we’ll discuss some principles which I believe can be derived from this verse and it’s proper context.

Whenever attempting to interpret any verse of any scripture it’s important not to ignore the surrounding verses. This alone will be a sufficient rebuttal, but to pry the full intended meaning it’s important to consider the complete context in which it was first revealed. This is especially important with the Quran, because often the verses were given to specific people in specific circumstances which are not explicitly expressed in the text.

The Verse of the Sword appears in the first part of Surah al-Tawba (Repentance), revealed in the fall of 630 AD in Medina. Muhammad and the Muslims were driven out of Mecca by torture and ostracism, which they passively endured without violent resistance for years. In 622 the people of Yathrib invited them to settle in their city 200 miles north of Mecca, which became known as Medina.

By 628 the Muslims numbered about 1,400 believers, and Muhammad lead a group of them on pilgrimage to Mecca. Under tribal tradition all Arabs, regardless of religion, had a right to visit Mecca during the pilgrimage months. Also, all the tribes of Arabia observed a pact of nonaggression during that time, and agreed that no blood could be shed within the holy sanctuary of the Kabba.

The Muslim pilgrims were halted on the road to Mecca by 200 horsemen from the Quraish, the dominant tribe of Mecca. They made camp near Hudaibiyah, a small well outside of Mecca. Then Muhammad sent Uthman ibn Affan to assure the tribal chiefs of the Quraish that their intentions were peaceful, and to negotiate for permission to make the pilgrimage and leave without incident. The Quraish refused, but agreed to allow the Muslims to make the pilgrimage the following year, so long as their swords remained sheathed and stowed in their bags. They also agreed to 10 years of peace between Mecca and Medina, and affirmed the validity of all private contracts between individuals from either side. Muhammad accepted the terms, against the advice of his companions, and this became known as the Treaty of Hudaibiyah.

During the period of the treaty the Banu Khuzaah, a Bedouin tribe allied with Medina, made camp near the Kabba during the days protected in the agreement. During the night they were attacked by the Benu Bakr, a tribe allied with Mecca, and aided with men and arms by the Quraishi chiefs. This attack was a two fold offense. It breached the peace struck by the Treaty of Hudaibiyah, but it also violated age old tribal traditions which held that war could not be waged in the sacred months, and that blood could not be shed in the holy sanctuary of the Kabba. Once word of this reached Muhammad he offered the chiefs of the Quraish three options. The first was to pay restitution to the families of the Banu Khuzaah who were killed. The second was to disassociate with Banu Bakr and turn them out of Mecca. The third was to declare the treaty broken and declare war on the Muslims. The Quraish accepted the third, and preparations were made for war.

This Surrah was revealed in the final portion of the sacred months, after war had been declared, but before an attack was made. So, let’s look again. But this time, we’ll also read the verse before and the  verse after.

9:4 “The treaties are not dissolved with those pagans with whom ye have entered into alliance and who have not subsequently failed you in aught, nor aided any one against you. So fulfill your engagements with them to the end of their term: for Allah loveth the righteous.”

It could not be more obvious that this does not apply to ALL pagans. Those pagans who honored their agreement are not involved. It is only directed toward the Banu Bakr who violated the treaty, and the Quraishi chiefs who aided them. To all other pagans, this verse affirms the pact of peace.

And then the big scary line:

9:5 “But when the sacred months are past, then fight and slay the pagans wherever ye find them, an seize them, beleaguer them, and lie in wait for them in every stratagem (of war). but if they repent, and establish regular prayers and practice regular charity, then open the way for them: for Allah is Oft-forgiving, Most Merciful.”

The instructions are clear. They were to obey the tradition prohibiting war during the sacred months. Once the months were past they were to fight, targeting only those pagans who initiated the aggression, and honoring the nonaggression pact with everyone else. Many in the Anti-Muslim Brain Trust have argued that this is calling for forced conversion. This interpretation doesn’t really fit considering it was the Banu Bakr who initiated the aggression, but the next verse removes all doubt.

9:6 “If one amongst the pagans ask thee for asylum, grant it to him, so that he may hear the word of Allah; and then escort him to where he can be secure. That is because they are men without knowledge.”

The way the Quran presents options is by describing the best case scenario first, and less preferable but equally acceptable options in succession. So, if an individual among the Banu Bakr repents and accepts Islam, this is ideal. But even if they cease aggression and ask for protection than they should be given amnesty. Not only should they be protected, they should be escorted to a place of safety.

Regardless of what people today say it means this is how the Muslims understood it at the time. Abu Sufyan, the leader of the Quraish, went to Muhammad to negotiate and was told to go into Mecca and tell everyone that they would be safe if they did not fight. The Muslims only attacked the area of the Banu Bakr, who assailed the Muslims with arrows, and were eventually killed. One report says 13 men were killed, the other says 28. Two Muslims were killed in both accounts. Under tribal law, and the terms of the treaty, the Muslims had the right to wage a full assault on all of Mecca, but Muhammad limited the attack to those initiated the aggression.

There are some basic principles that I think we can derive from this story.

The primacy of achieving peace over demanding rights:

Prophet Muhammad agreed to the Treaty of Hudaibiyah against the advice of his companions. The incident at Hudaibiyah could have exposed the contradiction in the Quraishi policy toward the Muslims. If they had escalated the situation into a physical confrontation the Quraish would have lost reputation with the Meccan tribes for violating their own law. But if they had permitted the Muslims to make the pilgrimage they would have lost reputation with the Meccan tribes for acquiescing to Muhammad’s people. By pressing forward to the Kabba the Muslims would have damaged Quraishi legitimacy either way. Muhammad absolutely had the upper hand, simply by demanding their rights under the Quraish’s own system, but either outcome would have increased animosity and potentially escalated hostility. The promise of ten years of peace outweighed the escalation of aggression to secure tribal rights.

The supremacy of contract law:

Contract law can be summarized very simply in 7 words. “Do all that you agree to do.” Whether by oath or by written agreement, it is incumbent on every righteous person of any creed to live by their word. The Treaty of Hudaibiyah affirmed the validity of all private contracts, which indicates to me that rival municipal authorities engaged in international conflict have no authority to interfere with the supremacy of private contracts. Individuals must be allowed to live by their word without political interference. But also the political order itself must live by it’s word. The treaty itself is a contract between Mecca and Medina, and violating that contract was a justification for the use of force. Therefore, enforcing contract law, and holding people at any level of society accountable for their oaths and written agreements is a legitimate use of force.

There are two theories of justice symbolized by the sword and scales in secular iconography. Punitive justice, symbolized by the sword, is an approach where statutory law is enforced through punishment. Restorative justice, symbolized by the scales, is an approach where the focus is upon making the victim whole again. Offenders are made to take responsibility for their actions by repairing the damage they have done. In this theory of justice reparation rather than punishment takes a central role. Remember, when options are given in a series, the first option is the ideal. The first option Muhammad offered to the Quraish was to pay restitution to the families of the Banu Khuzaah who were killed. So, we can deduce that restorative justice is preferable to punitive justice, and the primary role of justice, even at an international level, is to make the victim at the individual level whole again, not to pay an abstract debt to society at large.

The Non Aggression Principle holds that the initiation of physical force, threat or fraud is always illegitimate, and that the use of force is only appropriate when used in defense. This is the defining lesson of this story, and the criterion between when physical violence is legitimate and patient passive endurance is appropriate. Even when the terms of the treaty authorized him, and the traditions of the society permitted him, Muhammad did not use physical force against anyone unless they have first aggressed, or supplied an aggressor with material aid. 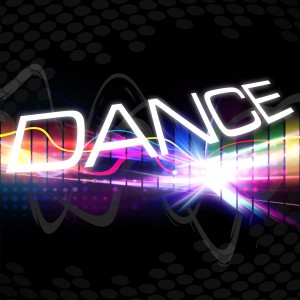